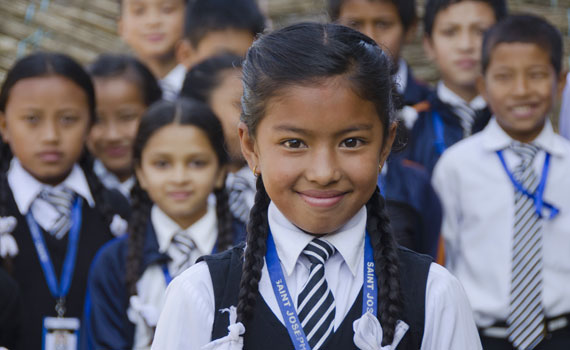 Some of the bright—and grateful—students at St. Joseph’s Christian School

A routine visit turns into an avalanche of appreciation

It was an emotional, humbling moment. Never before in my 6-plus years as the director of Heaven’s Family’s Disaster Relief Ministry had I seen such an outpouring of gratitude.

My wife, Karin and I were visiting St. Joseph’s Christian School last November to check on those we had helped following the terrible earthquake that struck Nepal in April 2015. The school is strategically located in a predominantly Hindu village just outside the capital city of Kathmandu, and has been faithfully shining the light of Christ to its students and their families for many years. The school is known to be Christian, but many Hindu families send their children there because of the school’s reputation for excellence.

The government requires the school to make their Bible studies optional, but Amit and Indira, the husband and wife team who run the school, do everything they can to weave the gospel into the rest of the classes.

Following the quake, I felt the Lord leading Heaven’s Family to use the school as a central point for the distribution of relief supplies to that village. Using St. Joseph’s provided a great way to help the children who attended the school and their families, and also helped strengthen the school’s reputation as a source of help for the community.

So during our November followup visit, a special outdoor assembly was called. Amit and Indira spoke, giving their thanks to Heaven’s Family for helping at such a critical hour, and one of the older students spoke as well. Then, to our surprise, many of the students lined up and, one after another, placed a thank-you card they had personally made into the hands of me and my wife. They kept coming, and the stack of beautiful, uniquely designed cards became almost too many to hold! It’s always nice to be appreciated, but that day we walked away with 110 individual, very creative expressions of gratitude! 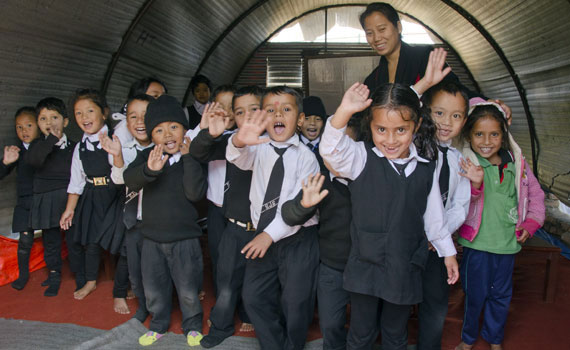 One of the classes of younger children, who’ve been meeting in a temporary classroom until they can return to their school building. The massive earthquake last year, followed by thousands of aftershocks in the months afterwards, have caused many to feel uneasy inside brick-and-mortar buildings, even months later. 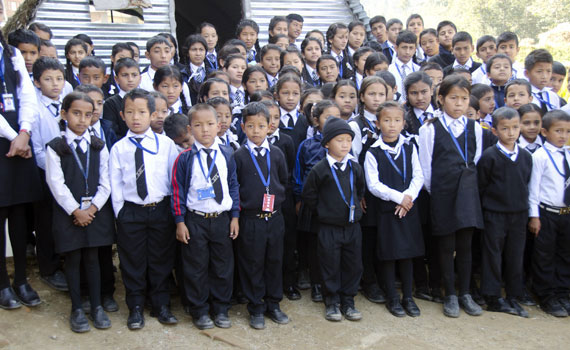 Here are some of the older grade school-age students; this group represents about 1/3 of the student body at St. Joseph’s

Some of the beautiful children who attend St. Joseph’s; these photos reveal some of the racial diversity in Nepal, a country sandwiched between India and China

Given a chance to share a few words at the microphone, I was quick to give thanks to Jesus, who made all of it possible, and then to those of you who gave to the Disaster Relief Ministry last year to help these students and their families.

One final note: The earthquake has financially devastated many of the already-poor families who send children to St. Joseph’s school. Having to rebuild their homes means they haven’t had money to pay any portion of their child’s tuition. Indira and Amit don’t want these children to stop attending, however, so they’ve allowed them to continue their education, causing great hardship for the school. They would appreciate your prayers as they seek to continue their vital ministry. 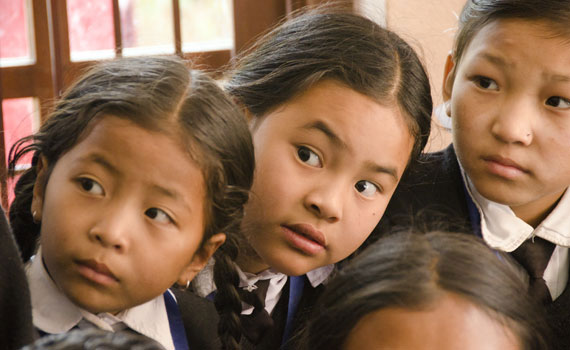 I don’t recall what caught the attention of these kids, but the girl in the middle didn’t want to miss it! 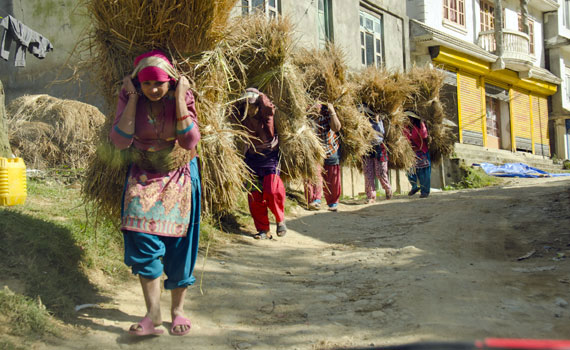 Women carrying heavy loads on their backs and heads is a familiar sight in the village surrounding St. Joseph’s school 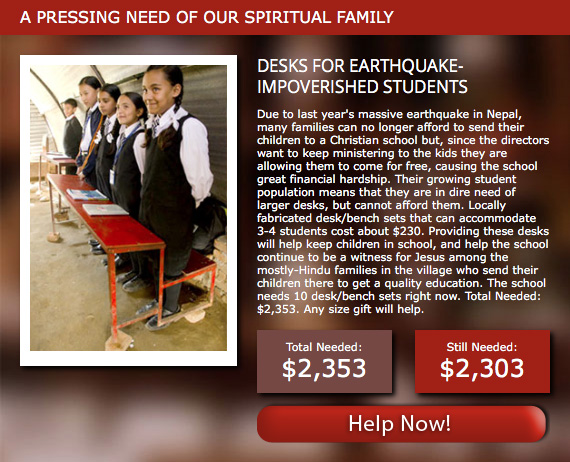