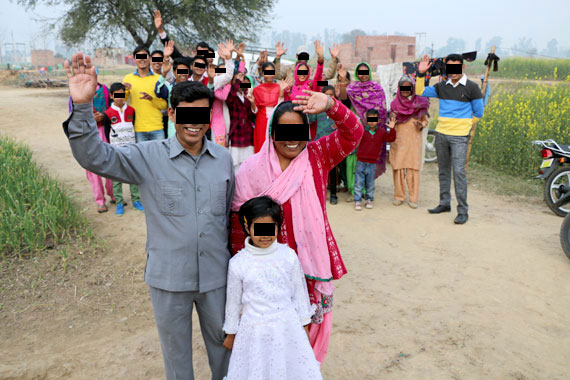 Thanish (name changed for security reasons) with his beautiful wife and daughter, and a small cluster of believers whom they’re pastoring

How “heavenly math” is working in northern India

I was born to multiply. I feel it. It’s in my nature. Yours, too. It’s the way we were designed. “Be fruitful and multiply” is what our Maker imprinted on our DNA.

With my constant longing to be part of something significant—something bigger than myself—my ears tingled and my heart raced as Thanish Kumar (not his real name), a Heaven’s Family-supported national missionary, sat with me during my January visit to India and told me about the many lives being eternally transformed through his ministry.

Thanish himself hadn’t heard the name of Jesus until his late 20s—after his wife had become deathly ill and their many Hindu deities could not heal her. It was then, in his hour of desperation, that a friend told him of a Healer named Jesus. His wife was healed and Thanish gave his heart to Jesus Christ, as you’ve probably guessed by now!

After encountering the Living God, the hearts of Thanish and his wife began burning like wildfire when they thought about people in nearby Hindu villages who had not yet heard about Jesus Christ. They knew they could not remain silent.

Since then—for 6 years now—this dedicated duo has tirelessly planted the seed of their testimony into thousands of Hindu hearts, and joyously witnessed the Holy Spirit radically transform more than 400 of them. And now those disciples, scattered throughout 7 different villages, continue to spread the gospel.

Along with such glorious ministry, however, has come great opposition. 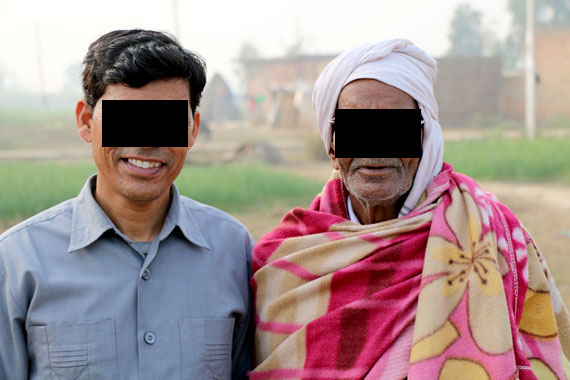 Thanish with his father, one of his toughest persecutors

After Thanish gave his life to Jesus his outraged father, a man highly respected in their Hindu-dominated community, slapped him across the face and shouted at him to convert back to Hinduism. After failing to win Thanish back, he kicked him and his wife out on the street, leaving them homeless.

But Thanish never ceased praying for his father.

Years later, in early 2013, his father had a vivid dream of Jesus beckoning him to come follow Him. Frightened, he immediately went and asked his son about the dream. Thanish then led his humbled father to a saving faith. Shortly thereafter, their entire family repented and turned to Christ. Praise God! 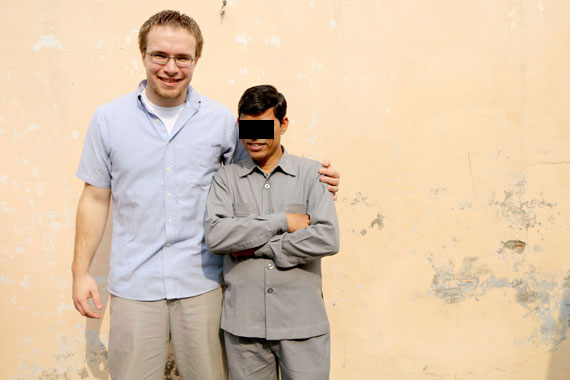 Me with one of my heroes. I may seem like a giant in this photo but trust me, Thanish is the real giant!

I don’t know how much time I have left on this earth—it may be weeks or it may be decades—but I dread the thought of standing before my King empty-handed with little-to-no fruit to show for my years on earth. He created me, and you, for so much more. He’s calling us and equipping us to be His ambassadors to the ends of the earth.

I’ve been encouraged and challenged by Thanish. I’m grateful to be a part of his support team. He’s reminded me to never stop praying for my own family members, and to not walk in fear of any man—he himself has suffered countless beatings and verbal assaults over the years. But because of some heavenly math, whereby 2 faithful servants (Thanish and his wife) plus one amazing Savior, 400-plus lives (and counting) have been radically and eternally transformed.

Thank you for praying for this ministry. If you’d like to help us equip national missionaries to reach their fellow countrymen with the Good News or if you’d like to link your life with a dedicated missionary like Thanish, you can do so below.