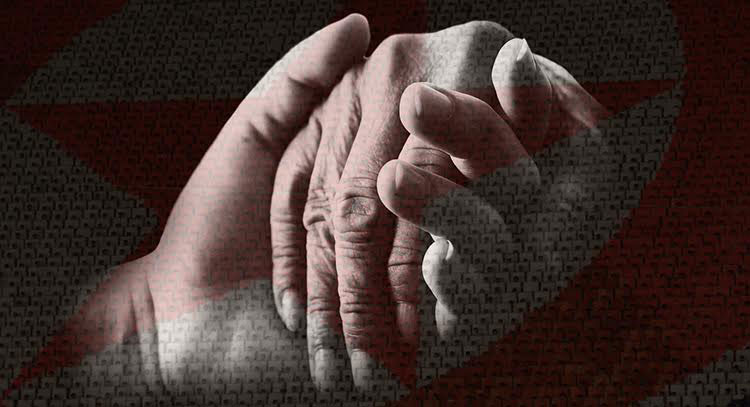 Michelle has secretly led many to Christ inside North Korea, including her dear friend Rin who recently died in her arms

Michelle held onto Rin’s hand tightly, but her dying friend could no longer reciprocate. There would be no coming back from the clutches of death this time. Michelle’s only comfort was in the knowledge that she was releasing her dear friend into much more capable hands—the hands of her Heavenly Father.

Before meeting Michelle, Rin and her husband were dedicated members of the North Korean Communist Party. During the late 90s, however, when severe famine killed millions of that nation’s people, Rin and her family had also found themselves on the edge of starvation. But, like an angel sent from heaven, Michelle learned of their plight and began providing them with large bags of rice she had illegally smuggled from China to help other starving families. The Lord—working through Michelle—spared their lives.

Not only had the emergency rice saved the lives of Rin, her husband, and their three daughters, but Michelle’s kindness also provided the perfect opportunity for spiritual salvation as well, allowing her to introduce them to the God who had orchestrated their rescue. The whole family came to Christ!

Rin soon became a faithful helper in Michelle’s work. She aided in the secret emergency food distributions to other families in her area and carefully—yet boldly—shared her faith when opportunities arose. Even in the face of death (frequently the government’s punishment for believing in Jesus), Michelle’s network grew and Rin’s faith remained strong.

After twenty years together, covertly bringing emergency aid into North Korea from the Chinese border, Rin and Michelle had become the dearest of friends. So when Michelle learned that her beloved sister in Christ had liver cancer she was heartbroken. Coordinating a special trip, Michelle made sure she was at her friend’s side for her final days on earth. The two friends held hands and prayed until Rin breathed her last breath on this side of eternity, yet simultaneously breathing her first true breath in Jesus’ presence.

Rin is just one of the many North Korean believers to whom you have provided hope through generous donations to the North Korean Christians Ministry. By supporting Michelle’s undercover aid trips, we were able to assist in Rin’s transformation from a communist party member, to a devoted Christian and a savior of her own people by smuggling them food and the message of the gospel. As a believer who endured until the end, Rin’s was a beautiful death, and a legacy that will continue to be a testimony of God’s saving grace through Christ Jesus. Thank you, Lord, for your rescuer’s heart!

North Korean Christians Ministry
The Trek of a Lifetime