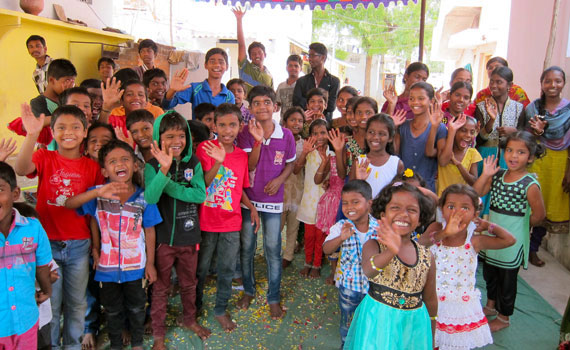 A celebration you made possible

Jubilation is not what you might expect at a leprosy colony, but that is the only word I can use to describe the expression of joy and excitement I witnessed coming from the students we are sponsoring! While I was visiting Frobel’s Garden High School in Hyderabad, India, last March they were given a day off from school to celebrate their progress.

Heaven’s Family is in its fifth year of sponsoring the education of children born of leprosy-affected parents but who themselves do not have the dreaded disease. Our sponsorship program was started in 2011 because these innocent, non-afflicted children are often victims of prejudice because of their parents, and also because of their deep poverty. That means it’s difficult or impossible for them to attend public schools.

I’m thrilled to report that 11 of these students graduated high school this year, and now, thanks to contributions to the Leprosy Ministry Fund, we’re sponsoring their training in vocational schools! (You’ll be able to read about one graduate in our September magazine.)

We are so thankful for the ongoing support of our sponsors who, because of their faithful contributions, are transforming the lives of these young people—children who were previously destined to a fate of begging, like their parents.

I also visited each classroom in session on another day to witness “our” kids learning in this well-run, Christ-centered school. Before leaving I spoke with the school’s administrator. His family has led this school for two generations, building character, biblical knowledge and academic excellence into their students as they equip the leaders of the next generation of Indian youth. 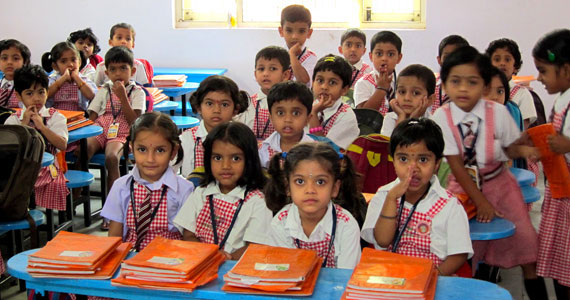 These blessed children truly represent the hope and redemption that the Lord has bestowed upon families afflicted with leprosy. You have helped give them a future through education.