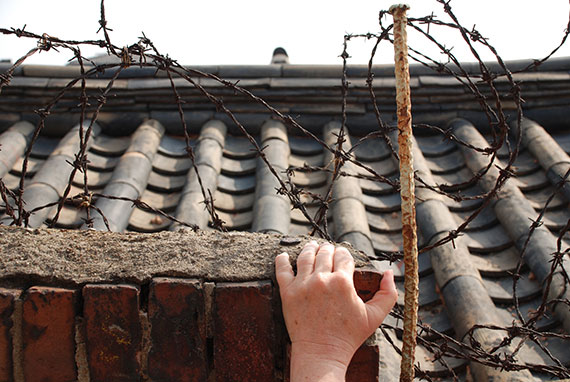 A Light in the Darkness

Today I stood in front of a hero whose acts of courage most will never know. To hear Nari’s story is rare outside of her inner circle. It’s a circle of trusted people, and I have only been invited after years of building a relationship with her. The reason: Nari has dedicated her life to freeing imprisoned North Koreans. Her work is pleasing to the Lord, but to the enemy, she is a wanted woman.

Nari operates a rescue safe house on the border of North Korea that provides temporary shelter and relocation services for North Koreans who’ve escaped into China. But China is dangerous as well for North Korean women, who are often captured by human traffickers and sold into sex slavery. Men are just as vulnerable to traffickers, who hunt them for slave labor. Without the services and ministry Nari provides, most would have little hope of ever finding freedom.

Despite extreme dangers Nari continues to offer her home as a safe harbor in the midst of a violent storm of persecution. Many who come to Nari are incredibly vulnerable and, having never heard the gospel, are given warm meals, comfortable beds, and a tireless example of the love of Jesus. Once safe transportation is arranged, the escapees leave Nari’s safe house to begin their final journey to South Korea—where they can finally live in freedom. Most who come through her home leave having gained a new relationship with Jesus and their own copies of Scripture to continue their growth in Him.

Heaven’s Family has been privileged to work alongside the underground freedom network that Nari is a part of. Our small US team met with Nari and 25 North Korean escapees now living in South Korea. It’s a surreal experience to see firsthand the fruit of the network’s ministry, as together, escapees and Nari celebrate their newfound freedom and salvation.

In that moment of celebration and joy I am reminded that the enemy is ever vigilant. Knowing he exists is crucial, but knowing that the Spirit within us is greater is what keeps Nari and the rest of our network focused and ready.

Thank you for standing with Nari as a supporter of the North Korean Christians Ministry.