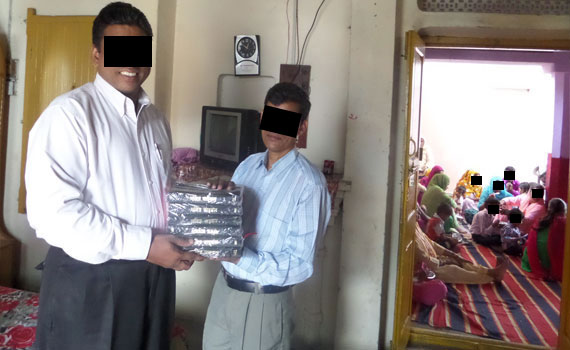 Tejas (name changed for safety) operates a rickshaw taxi service in Northern India to support his family. Two years ago, he began having dreams of “a beautiful man and his face often shines with marvelous light. This man call [my] name with much love.” Neither Tejas nor his wife understood what the dreams meant.

One day Tejas noticed two of his passengers holding a newspaper with the face of Jesus being used in a company’s Christmas greetings ad. This is the man who comes to my dream, he thought, and asked the couple who it was. Jesus, they said, the God of the Christians. This was the first time he had ever heard of Christians or of Jesus. Unable to forget his dreams nor the face in the newspaper, Tejas spent the next 3 months asking friends and people in his village if they knew anything about Him. None could help Tejas.

A short time later a Christian man named Onveer and his wife were traveling from a nearby village to pray for a family, and happened to be riding in Tejas’s rickshaw. As had become his custom with his passengers, Tejas showed them the newspaper clipping with Jesus’ picture, and asked whether they knew anything about Him.

Onveer and his wife knew Him, they said, much to Tejas’s delight. After they spoke to him about Jesus, Tejas invited them to his home where they prayed for his family. Tejas immediately began attending their prayer meetings and visited the home of Onveer and his wife to ask more questions.

And it just so happened that a shipment of Bibles provided through Heaven’s Family’s Strategic Bibles Ministry had just arrived, so he gave Tejas a copy (photo below). Tejas said, “I will keep this Bible with me every time and…I will read it and share with others the stories.” Some of those others will no doubt be the 7 family members he now brings with him to church. 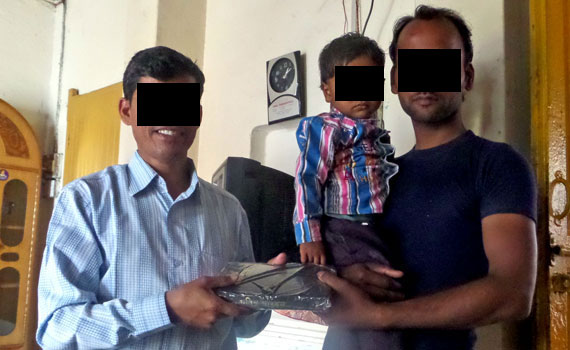 Many new believers like Tejas are waiting for a Bible. Many of us take for granted the value of owning a copy of God’s Word because we have many copies in our homes and we have so many ways to access it digitally. For poor parts of India and in many other countries, however, providing Bibles to Christians is comparable to food donations to the starving. Thank you for your part in feeding Tejas and his family with the Bread of Life!

Bible Bytes
Satan Told Me to Kill You