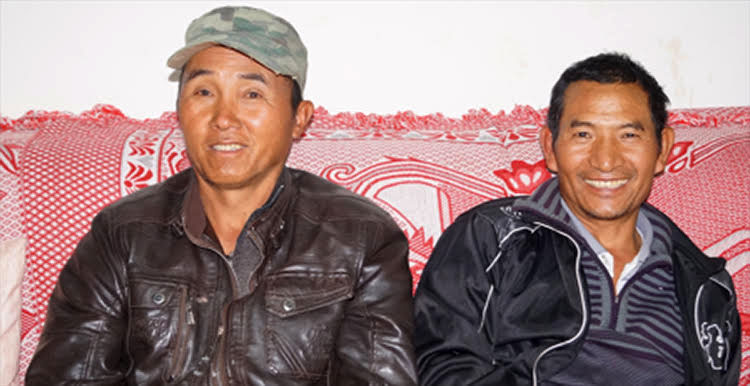 The Unreached People Groups Ministry recently conducted a training in which several people from the A-Che tribe of rural China came together to study God’s Word. The purpose of this training was to share with them Kingdom principles, through stories and parables from the Bible, that were translated into the A-Che native tongue—a recording project the UPG Ministry has been working on for several years. One of the villagers, sister Yang who was weary from persecution, after hearing several of Jesus’ teachings and parables in her own language, was suddenly emboldened to share with others about Jesus!

Upon returning home, sister Yang promptly shared the gospel through those same stories and parables with two brothers who live “one mountain away” from her. The two men, Li KaiSheng and Li KaiShou, were working on the road near Yang’s house and were intrigued by what she was saying to them. After several conversations and many questions, both brothers bowed their knee to the King of Kings and Lord of Lords!

On a recent follow-up visit, Pastor Paul Fang conducted a meeting at the home of Sister Yang, where Li KaiSheng and Li KaiShou were also present. The brothers were incredibly hungry for the Word of God and asked Pastor Paul many questions. As is the case with every new believer we lead to Christ through the UPG Ministry, the brothers were equipped with an MP3 Gospel Communicator—loaded with the Bible, worship music and biblical teachings—which is a great tool for people groups that suffer from illiteracy in large numbers and who may not even have a formal, written form of communication in their language.

It is Pastor Paul’s prayer that soon, Li KaiSheng and Li KaiShou will be asking for baptism to receive the Holy Ghost—so that they, too, can live like the disciples lived.

Your support of the Unreached People Groups Ministry allows us to raise up disciples, to train and equip them, as well as to continue our care amongst impoverished and unreached people groups around the world.

A First Time for Everything
Jesus vs. Demons, 2 to 0!