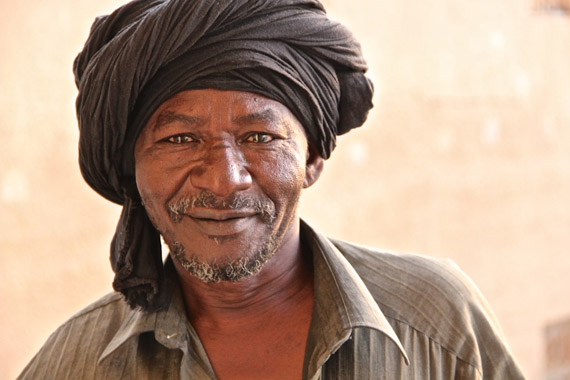 All Muslims Believe in Jesus

It’s true. All Muslims do believe in Jesus, if they are true Muslims who believe the Quran, which contains 93 verses that refer to Jesus.

The Quran affirms that Jesus (1) was born of a virgin, (2) was a prophet sent by God to preach the gospel, (3) performed miracles such as opening the eyes of the blind and raising the dead, (4) is called the Messiah, (5) called people to obey Him, (6) ascended to heaven, and (7) will return one day to judge the world and defeat the antichrist.

But Muslim belief regarding Jesus differs from Christian belief on several key points. Muslims do not believe the Jesus was the Son of God, or that He died and was resurrected, beliefs that the Bible indicates are essential for salvation (John 20:31; 1 John 5:5, 13; Rom. 10:9; 1 Cor. 15:1-4).

But I want you think about this: Most every professing Christian will affirm that one can believe in Jesus as Quran-believing Muslims believe in Jesus without being saved. But have they ever considered that there are other forms of non-saving faith in Jesus?

One version of non-saving faith against which Scripture warns is a faith that does not translate into obedience to Jesus:

He who believes in the Son has eternal life; but he who does not obey the Son will not see life, but the wrath of God abides on him (John 3:36).

What use is it, my brethren, if someone says he has faith but he has no works? Can that faith save him?… faith, if it has no works, is dead, being by itself.

But someone may well say, “You have faith and I have works; show me your faith without the works, and I will show you my faith by my works.” You believe that God is one. You do well; the demons also believe, and shudder. But are you willing to recognize, you foolish fellow, that faith without works is useless?…. You see that a man is justified by works and not by faith alone…. For just as the body without the spirit is dead, so also faith without works is dead (Jas. 2:14, 17, 24, 26).

James declares that demons have faith, believing one of Christianity’s cardinal doctrines that “God is one.” But theirs is also a non-saving faith, just like those whose faith is void of works. James says such faith is useless, dead and unable to save. He must have felt that there were professing Christians in his day who were deceived about these things; otherwise he would not have addressed the issue. I wonder what percentage of modern Christians possess non-saving faith?

Now the deeds of the flesh are evident, which are: immorality, impurity, sensuality, idolatry, sorcery, enmities, strife, jealousy, outbursts of anger, disputes, dissensions, factions, envying, drunkenness, carousing, and things like these, of which I forewarn you, just as I have forewarned you, that those who practice such things will not inherit the kingdom of God. But the fruit of the Spirit is love, joy, peace, patience, kindness, goodness, faithfulness, gentleness, self-control; against such things there is no law. Now those who belong to Christ Jesus have crucified the flesh with its passions and desires (Gal. 5:19-24).

But when the Son of Man comes in His glory, and all the angels with Him, then He will sit on His glorious throne. All the nations will be gathered before Him; and He will separate them from one another, as the shepherd separates the sheep from the goats; and He will put the sheep on His right, and the goats on the left.

Then the King will say to those on His right, “Come, you who are blessed of My Father, inherit the kingdom prepared for you from the foundation of the world. For I was hungry, and you gave Me something to eat; I was thirsty, and you gave Me something to drink; I was a stranger, and you invited Me in; naked, and you clothed Me; I was sick, and you visited Me; I was in prison, and you came to Me.” Then the righteous will answer Him,”Lord, when did we see You hungry, and feed You, or thirsty, and give You something to drink? And when did we see You a stranger, and invite You in, or naked, and clothe You? When did we see You sick, or in prison, and come to You?” The King will answer and say to them, “Truly I say to you, to the extent that you did it to one of these brothers of Mine, even the least of them, you did it to Me.”

Then He will also say to those on His left, “Depart from Me, accursed ones, into the eternal fire which has been prepared for the devil and his angels; for I was hungry, and you gave Me nothing to eat; I was thirsty, and you gave Me nothing to drink; I was a stranger, and you did not invite Me in; naked, and you did not clothe Me; sick, and in prison, and you did not visit Me.” Then they themselves also will answer,”Lord, when did we see You hungry, or thirsty, or a stranger, or naked, or sick, or in prison, and did not take care of You?” Then He will answer them,”Truly I say to you, to the extent that you did not do it to one of the least of these, you did not do it to Me.” These will go away into eternal punishment, but the righteous into eternal life (Matt. 25:31-46).

Thanks for joining me on this journey. And don’t forget that Islam is not only a world religion, but is also an acronym that stands for “I Sincerely Love All Muslims”! — David