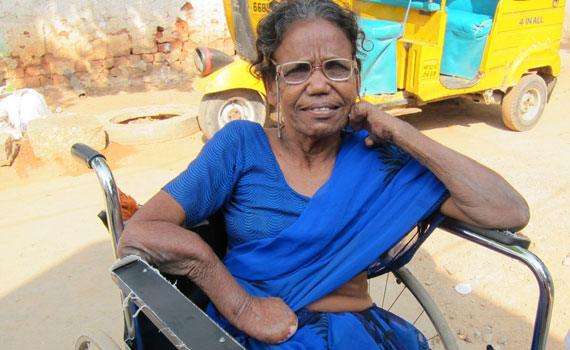 A broken arm…for 3 years? I thought incredulously. I’d known Katun for almost 5 years—and even used pictures of her to describe life in the leprosy colonies of Hyderabad, India (there she is smiling in the Leprosy Ministry banner at top)—but never noticed her arm was broken! (She had a way of hiding it from visitors.)

We tried to take Katun to the hospital for proper treatment, but she emphatically turned it down. She was too old to spend that much money on, she told us, and she didn’t want to go through that now since it had already healed (very crookedly). Katun has a beautiful faith and trust in God, and seemed determined to merely lean on Him. We wouldn’t take no for an answer, however, and she relented. Soon she was sporting a straightened arm in a splint. 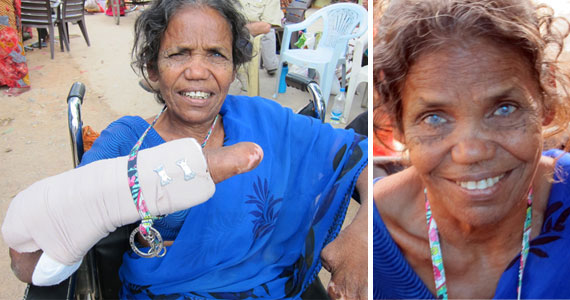 At left, Katun’s arm in a splint; at right, showing off her beautiful eyes and joyful smile

(I later realized one other sad fact of existence for older leprosy patients: Not only is medical treatment a luxury impossibly beyond their reach, but a debilitating injury actually helps them gain sympathy while begging for alms—their solitary means of support. This probably underscores her reluctance to have it corrected, in addition to whatever fears about surgery she may have had.)

My resolve to help provide an education and vocational training for the children of these patients as a means to break this heart-wrenching cycle of poverty and indignity has been increased and confirmed once again. Providing food, medical treatment, clothing and shelter takes care of only today’s needs, but to enable these communities to sustain themselves we need to help send their children to school. (And it’s working: Through our school sponsorship program, 57 students are currently attending a private Christian academy, and our high school graduates over the last five years are continuing on to colleges, nursing school, beautician’s school, drivers’ and computer training.)

Investing in the younger generation is truly providing these communities with a future and a hope—one that I wish Katun could have experienced decades ago, rather than begging on the streets with a crippled arm. And yet she exudes proof of God’s love despite her limited horizons here on earth—her hope is heavenly.

Thank you for your care and concern for these precious members of His family. 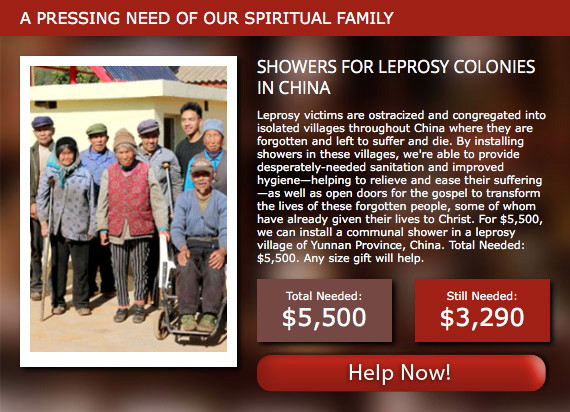 Five Years of Loving
The Ingredients for Success