Monique, a prison chaplain from the Masisi tribe (at right), with her leprosy-afflicted family member

The hardships faced by leprosy patients in Mugunga IDP Camp

Why can’t they donate these nice gifts to us, instead of wasting them on worthless people? This was the complaint uttered by occupants of the Mugunga IDP (Internally Displaced People) Camp outside of Goma, DR Congo. The “worthless people” they referred to are leprosy-affected families living in the camp, who are forced to live in isolation, as well as abject poverty, within the camp.

The scornful complaint was hurled at our ministry partner, Simeon, whose team had come to bring just basic necessities provided by the Leprosy Ministry to help the camp’s leprosy patients. Everyone has fled the ongoing fighting between rival militias in Masisi villages, so one would think their shared misery would elicit a common bond. But the opposite is unfortunately their reality.

Our tenderhearted friend Simeon was shocked to discover the vitriol against these afflicted people. Their disease, which had first caused them to suffer persecution in their home villages, had once again caused them to be shunned and despised in the resettlement camp.

This resentment is just one injustice of hardship these people face—both patients and residents alike.

At left, blankets provide a cushion from the rocky ground on which the leprosy patients sleep; at right, grateful mothers and their children receiving clothing

Last month Heaven’s Family, working through the Congolese chaplaincy team whose usual focus is prisoners, was able to provide blankets, used clothing, and food items. This month the Leprosy Ministry is sending funds for mattresses for 17 leprosy-afflicted families whose numbers total 68 (click here to help).

Their other needs are indeed staggering (as is common in this war-torn area, a legacy of the genocide from Rwanda), but at least soon they will have beds to cushion their disease-wracked bodies from the chafing harshness of the lava rock floors of their shacks. It is our prayer that resentment from the others will not bring further ill-treatment to them.

With a heart full of gratitude to all who contribute to these among the “least of these” who are our brothers and sisters—thank you for supporting the Leprosy Ministry.

With love in Christ, 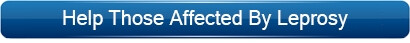 Praying for “Moula Ali” Miracles
A Place to Lay Their Heads