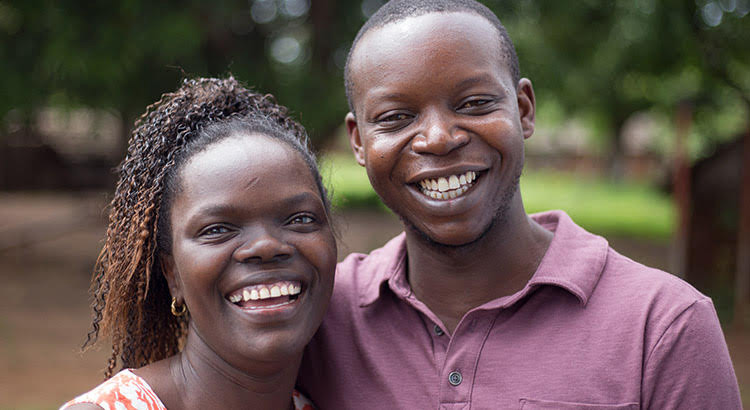 How many young, newly married couples do you know who would give up the comfort of their lives and move from a big city and their high-paying jobs to serve others in a small, coastal town? This month I met with just such a couple whose time is now spent selflessly serving a small community of patients diagnosed with a severe disease in Msambweni, Kenya.

Peter and Nancy Ochiel’s story began while they were on a mission trip to the city of Mombasa with their youth group whose evangelistic efforts led them to a leprosy colony south of the city. This small community of patients afflicted with leprosy (also called Hansen’s Disease) is planted in the midst of a predominantly Muslim area, making it the perfect mission field. On one of their first nights, the youth group showed the Jesus film to a gathering of spell-bound patients.

The following Sunday night, a local group of leprosy patients gathered again for what they supposed would be another meeting, unbeknownst to the youth group, which had plans for another location. But when they heard of the faithful following they had missed that night, plans were quickly revised to return on a regular basis to minister the gospel. Thus the foundation of a new church fellowship was laid, and the seeds of a powerful ministry were sown in Peter and Nancy’s young hearts.

Over the last several years they have been wed both in marriage and to the work of the Lord, enlisting the aid of other ministries to help them. They’ve established not only a church in that community into which few others are willing to go, but also a small school for the children who live there, and generously welcoming children in the community beyond as well. They’ve also built a medical clinic and a sewing school, and recently completed an agricultural project for the colony that will provide crops as a self-sustaining food supply for years to come. 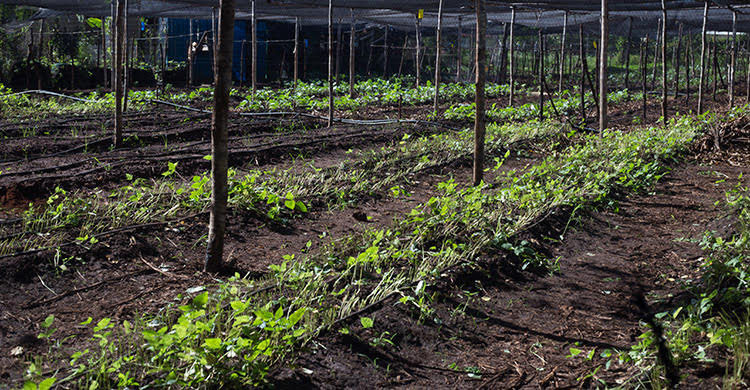 Vegetable plots for growing food in the colony

As I continually witness the love and dedication of Peter and Nancy for the appreciative recipients of our Lord’s faithfulness, I am beyond happy to report that the Leprosy Ministry has partnered with them as an extension of the generosity of Heaven’s Family’s donors. Because of the seeds of hope that have been planted in their hearts, the name of this former place of misery—which had been named “Tumbe Village,” which means place for rejected people—was changed to “Blessed Camp.” 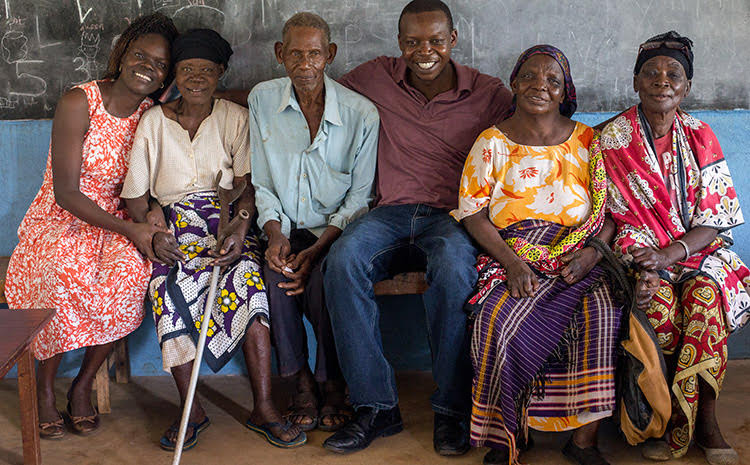 Nancy, at left, and Peter Ochiel, in center, with 4 residents of Blessed Camp who suffer from leprosy

We look forward to years of fruitfulness as the hands and feet of Jesus, working on your behalf with Peter and Nancy to bring the gospel and the benefits of His kingdom to the “least of these.”

The director of the Leprosy Ministry had the opportunity to give a short presentation at Heaven’s Family’s 2017 Annual Staff Conference in February, in which she explained some of the exciting ways we’re advancing Jesus’ kingdom around the globe in 2017. Please watch!