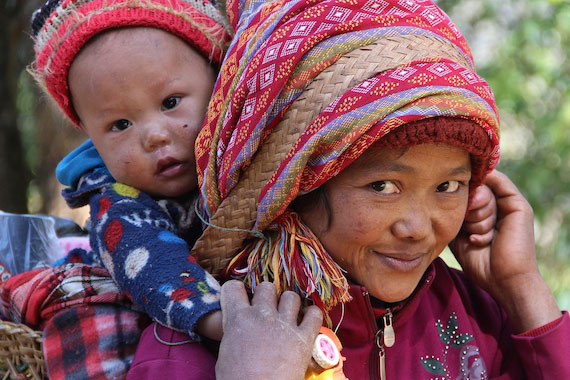 A baby riding in a basket!

A recently-cut dirt road made it possible for us to travel 3 hours to Upper Saidu, another remote village in Southern Chin State of about 35 families. But Stephen had not been feeling well since the night before, so he spent our first full day in Upper Saidu sleeping and recovering. That night, after speaking at the local Methodist Church, I fell sick with the “Big D,” which is especially no fun when the only facilities are outhouses with squatty potties. That incapacitated me the entire next day.

I did manage, however, to conduct a meeting on the second day with the elders of both Upper Saidu and another nearby village named Pho Kha Yo, making them our typical offer of a micro-loan that will enable half of each village’s families to start or expand small businesses. They were thrilled for the opportunity. Here’s a photo of our meeting: 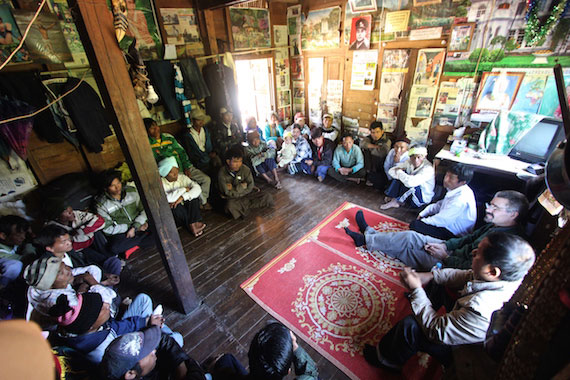 Upper Saidu has two churches, a Methodist and an Evangelical Free. I asked the pastors of each how their churches differed. They both said they were essentially identical. In fact, they said that they hold joint services every single week! 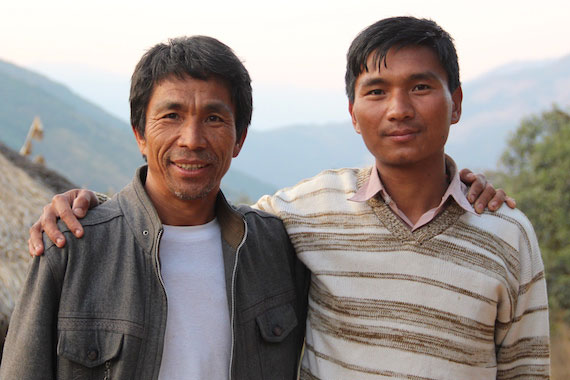 Due to my illness, I was unable to teach at the Evangelical Free Church. But during our two days in Upper Saidu, I grew to appreciate the pastor, a man full of the Spirit, in whose house I slept on the floor as I recuperated.

Below are a few photos from the past two days. 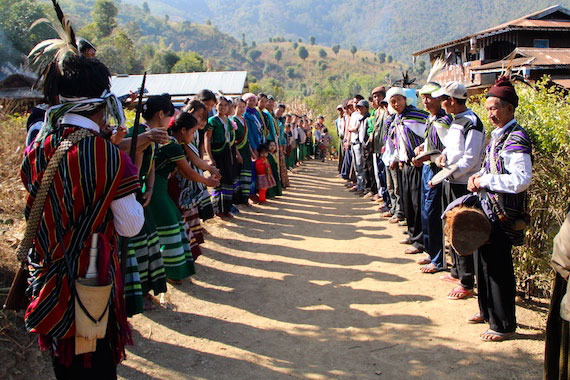 The residents of Upper Saidu, lined up to welcome us with song and dance 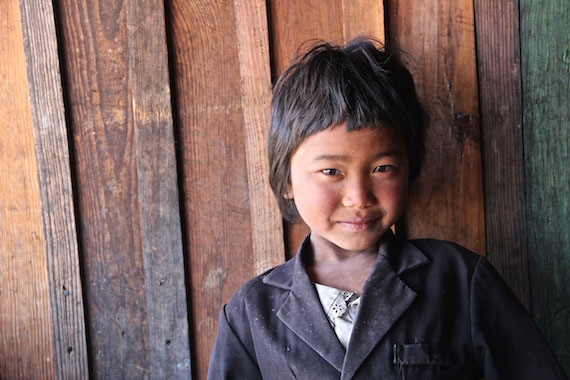 One of those to whom belongs the kingdom of heaven (Matt. 19:14)

One of the older residents of Upper Saidu, and a typical home with a million-dollar view 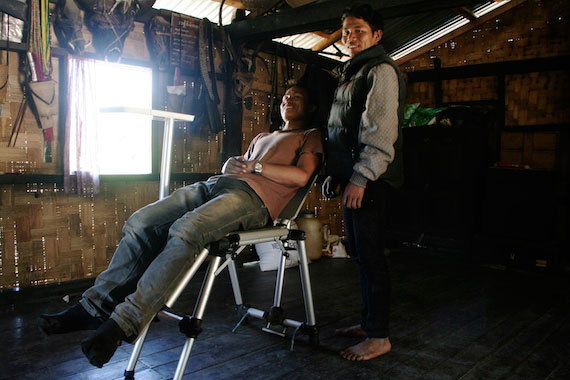 Last year, courtesy of Heaven’s Family, national missionary John Bawi Lal (at right), who lives in Upper Saidu, received dental training and equipment, including this compact, foldable dental chair, which he uses to open doors into unreached villages in Chin State. He told me that he has, so far, pulled about 100 teeth! 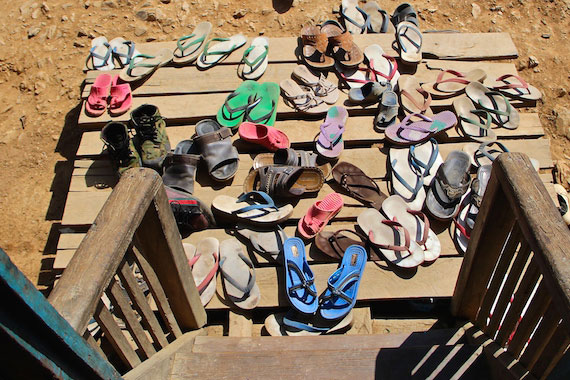 First rule of etiquette…take off your flip flops before entering anyone’s house! 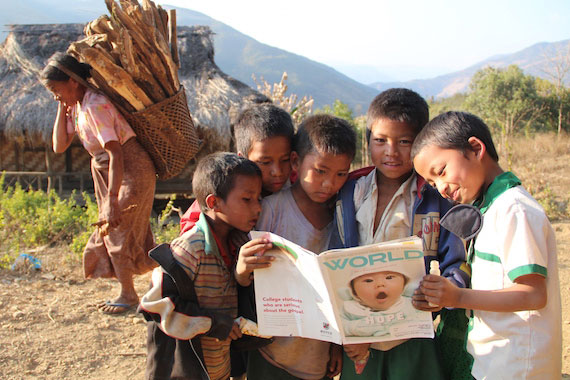 Each month, World Magazine has a photo feature titled “World Around the World.” If you subscribe to World, you’ll probably see this photo a few months from now in an issue.