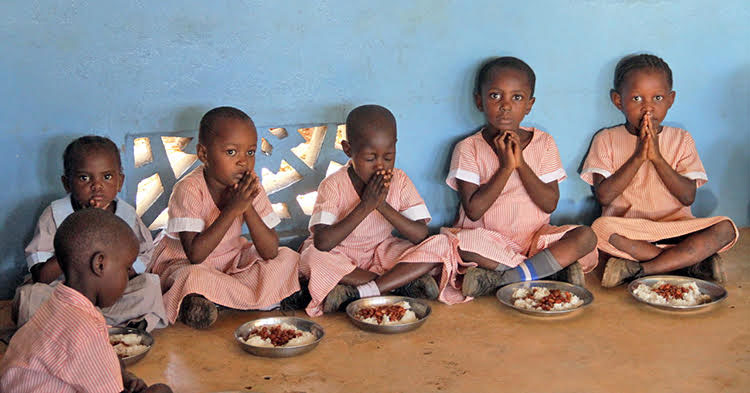 Students at Baraka “Blessing” School praying over their mid-day meal

Who would’ve thought a leprosy colony is the “place to be”?

Living in an isolated leprosy colony on the Southern coast of Kenya, a special group of patients has seen the hand of God working beautifully in their favor.

Through tender-loving care, Peter and Nancy Ochiel—partners of the Leprosy Ministry—have planted hope in the hearts of leprosy patients once filled with despair. This leprosy colony is called Blessed Camp, as this couple has done so much good for the people here that they truly believe they’re blessed and began calling their colony as such. Since 2004, Peter and Nancy have opened a clinic, planted a church, opened a sewing center, and have started an agricultural program that teaches patients how to grow their food sustainably.

But quite possibly the most exciting venture to date is the primary school they’ve opened named Baraka, meaning blessing. What is so incredible is that although located in a presumably undesirable location—a leprosy colony—this unassuming school has gained traction. A classroom has been added each year since opening its doors, to accommodate the rapid growth in student attendance! Baraka (or Blessing) School not only provides education but also ministers to the spiritual as well as the physical needs of its students by providing healthy meals during school hours and a steady diet of the word of God.

Blessed Camp is surrounded by predominantly Muslim communities. Not ones to close their door to anyone, the Ochiels have welcomed both believers and Muslims into their thriving community and the Lord has used them in a powerful way. Despite the fact that followers of Jesus are considered the enemies of Islam, impoverished Muslim families began asking that their children attend the school, and what a powerful arm of outreach this has proven to be! Providing mid-day meals for needy students—as well as the message about Jesus Christ—children have begun taking what they learn home with them, and their Muslim parents have slowly begun to attend church services! 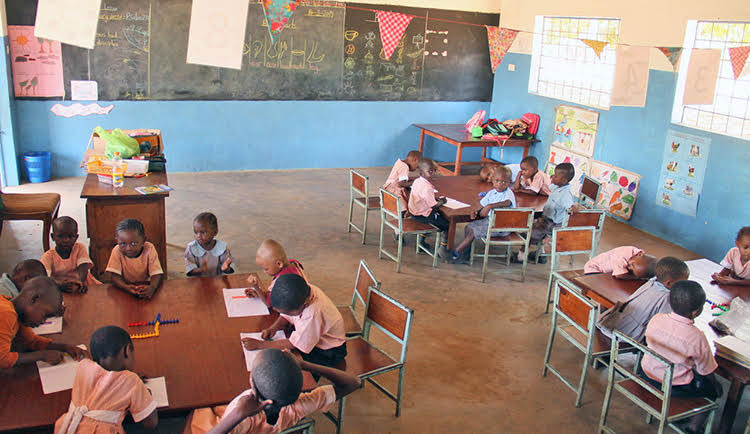 Every area of Blessed Camp shines with the love, care, and generosity of hearts being poured out—in considerable measure—due to your provision and prayers. Thank you so very much for your compassion and dedicated support of the Leprosy Ministry!

PS: If you would like to hear of the needs of the expanding school and its plans to build a playground, please click here. “I Feel Loved”
Joy in the Furnace