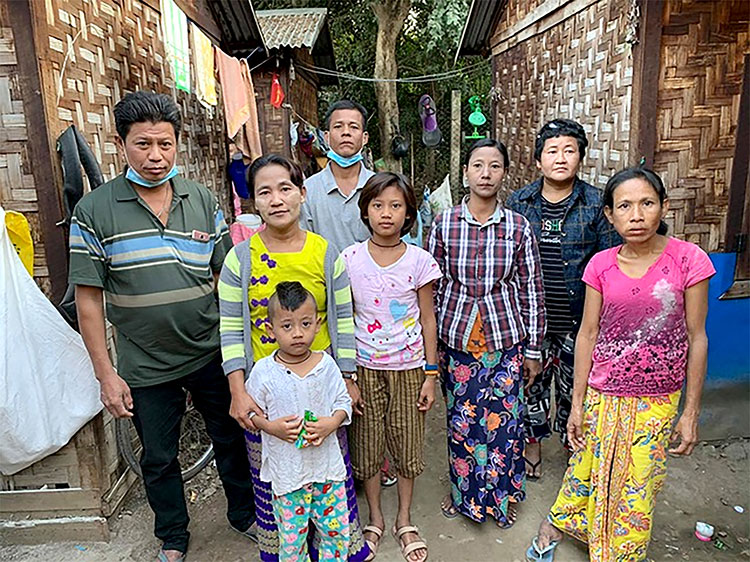 Philip, Rebecca and their family were released from spiritual bondage by workers you sent to them.

The nation of Myanmar is now under brutal military control. Courageous protesters are paying a heavy price. At last report, 715 people had been killed by the military. Our inside source claims the true death toll is much higher.

This inside source is a dear friend doing ministry in Myanmar, who was also my mentor in missions work in China. He and his wife have lived the last several weeks with the regular sound of nearby gunfire all around them.

Heaven’s Family’s Unreached People Groups Ministry has been partnering with this couple to bring the gospel to the unreached Pulang people. Right now, several pastors and other Christian young men and boys are on the run, trying to avoid being kidnapped and forced to serve in the local tribal military. Many youth have been forced to become soldiers.

Despite the turmoil, Myanmar natives are being raised up and sent alongside Chinese missionaries into war-torn territories to reach the unreached for Jesus.

We are especially encouraged by the transformation of Rebecca and Philip. Both were reached by ministers we sent to them when Rebecca was bound by darkness. By divine intervention, she was set free from demonic oppression, and now she and Philip are serving at a church in the city of Mandalay. Your prayers and support made this possible!

Please pray for the pastors and young Christians seeking to avoid forced military service, and for the Pulang people (who live in both Myanmar and China) to be responsive to the gospel.

Legacy Impact
A Bag of Superstition