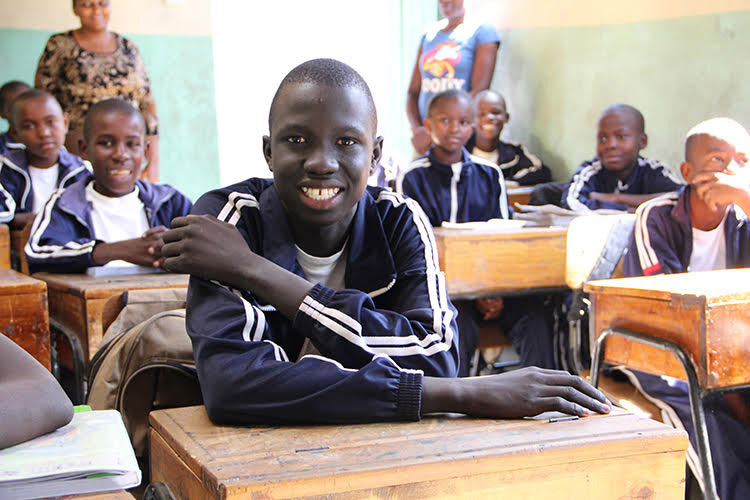 Daniel Maketh, grateful to have a school desk he can call his own

Daniel Maketh doesn’t remember anything about his parents or other relatives. That’s because, tragically, his parents were killed in the Sudanese civil war when he was around 5 years old. He was then taken in by a neighboring family that was already caring for 10 orphans in addition to their own 5 biological children.

The entirety of Daniel’s 18 years of life have been spent in poverty. The ravages of war in his homeland of Sudan would have taken a serious emotional and psychological toll on any child’s development—but Daniel isn’t like most children. He loves to learn and, despite incredible poverty, Daniel has a great appreciation for the value of an education. And although the Refugee Ministry has helped Daniel go to school for the past several years, we were unable to get the necessary funds to him last year. That meant that Daniel didn’t have the money needed to purchase books, a school uniform, or pay for the transportation to and from school.

But Daniel is tenacious and he craved an education so much that he walked miles to get to school, even though he didn’t have any of the required supplies. Although his teachers tried to turn him away for lack of books, supplies and a uniform, Daniel continued to come to school every day, just as he was, because his desire to learn and receive an education was so great. He couldn’t take the tests or read the lessons without books of his own, but he knew an education was his way out of poverty.

Daniel’s determination and perseverance really made an impression on me, so I knew that Daniel would be good ground to sow into. 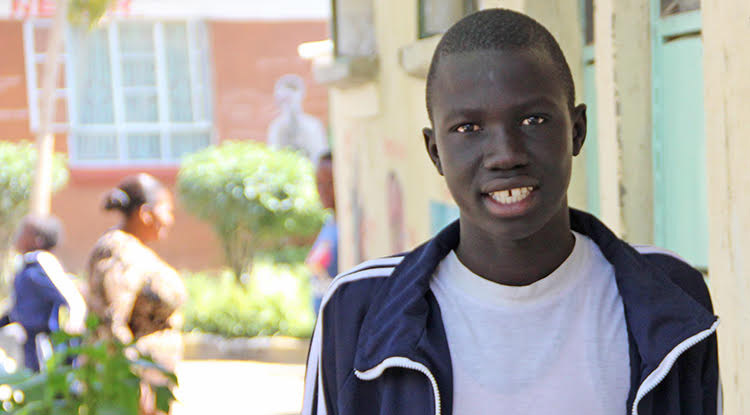 Daniel is so thankful for his chance to obtain an education

I am so thankful to report to you that Daniel now has his books, his uniform and is getting the transportation needed to get to school each day. I saw Daniel last February and he wants you to know that he is so very grateful for your compassion. He said that he wants to one day help another child who needs an education, just as you have helped him. It really is your faithful giving to the Refugee Ministry that has made Daniel’s education possible. Thank you for giving to the Lord’s work in Sudan!

May all glory go to Jesus,

The director of the Refugee Ministry had the opportunity to give a short presentation at Heaven’s Family’s 2017 Annual Staff Conference in February, in which she explained some of the exciting ways we’re advancing Jesus’ kingdom around the globe in 2017. Please watch!