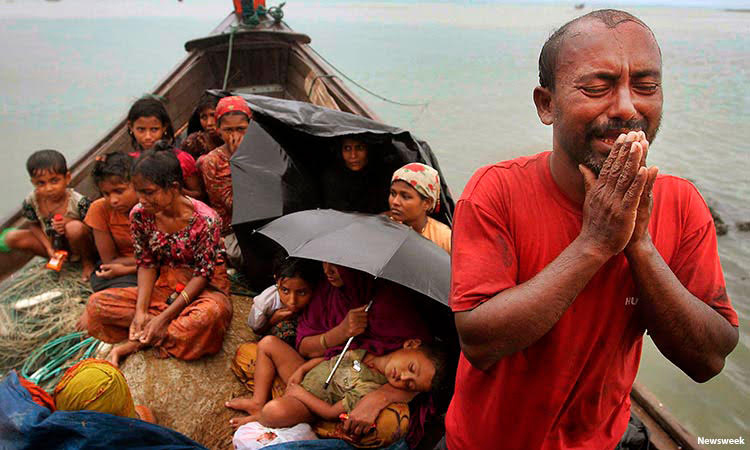 Rohingya refugees, desperate to find a safe place to call their own, cry out for help

“My children are crying for food. I am helpless. I have no money. There’s no hope…” lamented Setara Begum, a Rohingya refugee and mother of two, one of whom is just 5 months old. Such desperation is now being felt by thousands of Rohingya refugees impacted by Cyclone Mora, which struck Bangladesh 3 weeks ago.

Another complained, “I hate being a Rohingya. We are being tortured in Myanmar. Now in Bangladesh, we have no rights. Nothing. After this cyclone, we don’t have a roof. We are living under the sky. We have no future.” 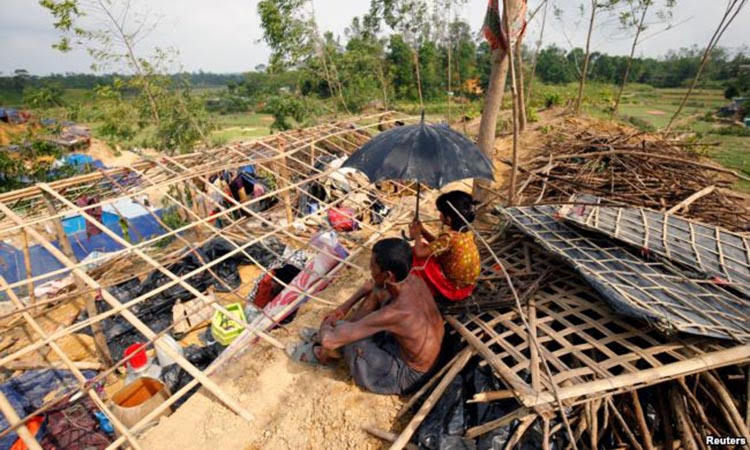 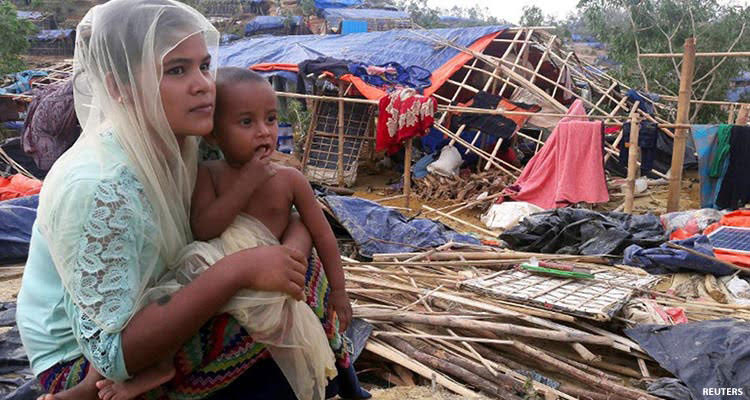 “We have no future”

These words reflect the pervasive sense of hopelessness among the Rohingya. It’s estimated that 350,000 of them poured into Bangladesh across the border from Myanmar last year after that country’s army launched an offensive in response to insurgent attacks. The refugee crisis prompted the Bangladeshi government to open camps in flood-prone coastal areas that no one else will live on.

The Rohingya, a minority Muslim group indigenous to the region, have been struggling to coexist within a predominantly Buddhist country for over a hundred years, but hostilities, based as much or more along the lines of ethnicity than religion, increased following the 1982 ruling by the Myanmar government that denied the Rohingya citizenship. Since then these desperately poor, stateless people have been seeking refuge anywhere they can—but no country wants them. (I had the privilege of meeting some Rohingya in 2011 when Heaven’s Family responded to another cyclone that struck the region. See my story here.)

Jesus wants the Rohingya, however, because He loves them. And He wants to provide them with an eternal home. In order for that to happen, however, we as followers of Christ need to show them the love and compassion they so desperately seek. We need to point the way, through our actions, to the One who gives hope.

The Disaster Relief Ministry is doing just that. In partnership with our friends at Alpha Relief (with whom we’ve worked for many years in North Korea and elsewhere), we’ve begun by sending more than $4,600 to provide tarps to replace thatched roofs that were blown away, about 40 kg (100 lbs) of food supplies (rice, lentils, flour, potatoes, sugar and cooking oil), and tablets to purify drinking water. In all, we’re helping 93 families.

If all goes well we’d like to help more families, but we’ll need more resources to do that.

God uses times of disaster to soften hearts so that people can hear the message of the gospel, and we want to be there, through our network of local Jesus followers, to bring that message to the Rohingya. Please pray with us that many will turn to Him in response to the outpouring of love from “heaven’s family” around the world.

The director of the Disaster Relief Ministry had the opportunity to give a short presentation at Heaven’s Family’s 2017 Annual Staff Conference in February, in which he explained some of the exciting ways we’re advancing Jesus’ kingdom around the globe in 2017. Please watch!

“You were the only ones who helped us”
An Unprecedented Disaster