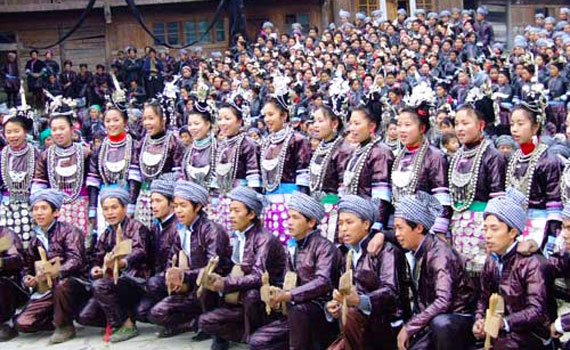 Ministering to the Dong People of Southwest China

What makes this team so special is that its members are themselves from minority peoples who now are reaching not only their own tribes, but other unreached people groups as well! When many of our co-workers came to the Lord, they felt called by Him to reach their own people.

What better strategy could there be than to send trained workers, who are fired up for God, to bring the gospel to their own people group? Since they speak the same minority language and know the culture, they can preach the gospel with great effectiveness.

A key piece to this strategy appeared when a long-term co-worker named Esther Jing married a wonderful man of God named Caleb, who then joined our team. Caleb happens to be from the Dong, a minority tribe in China. The marriage of these two people also brought our team together for the purpose of reaching out to the Dong people.

This new work is no easy challenge—of the over 3 million Dong in China, less than 1% are Christian—but this month my wife Michelle and I will be traveling to China to train several gospel workers. Caleb has organized a training that will bring together the Dong pastors and evangelists he knows—40 people.

Thank you for praying for my wife and me, Caleb and Esther, and the training we will conduct. We believe that from this training a new unified vision for reaching the Dong people will emerge—and a new tribe and tongue will be in heaven to praise our King!

If you are interested in helping with the costs for the training itself, you can give below.

One Baby Too Many
Your Prayers Moved a Mountain!