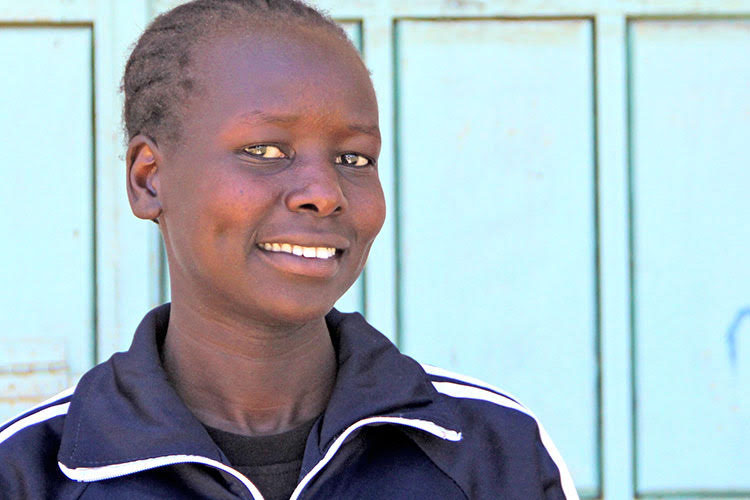 “But you have no money and you know no one! You must return with us back to Sudan!” Amani’s cousin pleaded. Amani, her cousin and younger brother had been sent to Kenya by their father with a small sum of money to escape the war in Southern Sudan. But their funds ran dry after just a few months, forcing them to return.

Amani had seen the results of war and the devastation upon her own family, and did not want to return. She remembered how her two older sisters had been forced into marriages and were now living in hopeless squalor, with 3 or 4 children, inside a refugee camp. And her younger brother had lost his left hand as he fled from the Sudanese army.

Amani knew if she returned to South Sudan her fate would be like her sisters—or all of them could be killed. She longed to go to school, and dared to dream of a life with meaning.

In desperation, with nowhere else to turn, Amani prayed. “I don’t have money, Lord, I don’t know anyone here in Kenya, but I so desire to go to school and make something with my life. And I want to know more about You, so the next step is up to You.” After that prayer she sent her cousin and brother on their way, but she remained in Kenya, assuring them that God would take care of her.

That very day, to her amazement, Amani met James, a Sudanese man who knew of her father. James, an evangelist with a heart for God, had rescued many young orphan girls out of the dangers of the war in South Sudan. Upon hearing her story, he invited her to come with him and stay with other young Sudanese girls.

Amani knew God had heard her prayers that day! She now attends school, and she’s learning to speak English—and much about God. She told me that she knew God had sent James that day in answer to her prayers.

Amani now has the chance to attend school, learn English and dream for the future because of you who’ve given to the Refugee Ministry.

I was personally very impressed with this sweet young girl and her tenacity of faith. She trusted God for His help even though it looked impossible, especially for a young girl who didn’t know much about Him! God has truly honored her faith, and He has used many of you to make it possible for her to attend school! Thank you so much for touching lives and fulfilling dreams for eternity!

May Jesus be glorified! 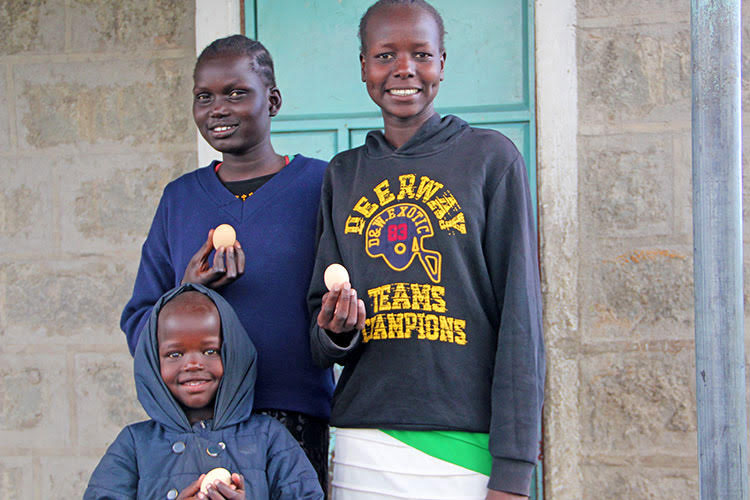 Amani, at right, with two younger girls holding some eggs provided by Heaven’s Family’s Food Ministry through a chicken project