Every day in Kenya, 300 babies are abandoned 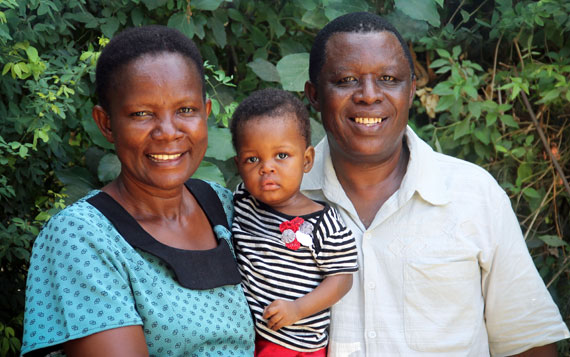 Peter and Selpher Matua with Edlyn, one of the precious children whom they’ve rescued

He didn’t arrive with a name—abandoned babies usually don’t come with anything that identifies their origin. But by the time I met him—just a few hours after his mother had discarded him in a dumpster—he was Philip, a name bestowed upon him by angels, sort of.

I was visiting the Baby Life Rescue Center in Kenya, founded by two angels named Peter and Selpher Matua. For many years now, Peter and Selpher, both native Kenyans, have devoted their lives to do what God called them to do: love and care for abandoned babies in Mombasa, Kenya’s second-largest city.

As a statistic, Philip was one of 300 other children who were abandoned that day in Kenya. That adds up to over 100,000 babies each year. Some of them, like Philip, are placed in paper bag coffins and secretly slid under a trash heap at night, or left to die in garbage bins or, worse yet, discarded at open dumps where animals may feed on them. Peter and Selpher have seen it all.

At left, Philip, the newest miracle at Baby Life Rescue Center, sleeps peacefully; at right, care providers holding a few of the 12 babies currently being loved at the center

“Most of them come to us as ‘unknown children’ and we give them their names,” explained Peter, who then told me the history of some of the other 11 children currently under their care.

“Edlyn was left on a bus. Sylvia was put in a garbage can. Kelvin was placed inside a paper bag and left at a garbage dump. Others,” Peter explained, “come to us with names.”

I learned that little Juma Mwatala, for example, was found on the streets and brought to the center over a year ago. A victim of severe neglect, Juma was shy, fearful and always crying when he first arrived. His legs were badly bowed from malnutrition. But Juma began receiving vitamin supplements and a healthy diet at the center, thanks to a feeding program made possible by Heaven’s Family’s Food Fund. Juma’s legs have improved greatly, and, along with the other children, he receives continual loving care and Christian nurture. Today Juma is joyful, and he loves to hear Bible stories, sing songs about Jesus, and pray with the staff who all adore him.

Peter and Selpher believe that loving, godly families—rather than institutions—are where children should be raised, and they are working to facilitate the adoption of the babies and young children at their center into loving homes. But it has not been easy. Historically and culturally, adoption is a foreign concept in Kenya, but attitudes are beginning to change. 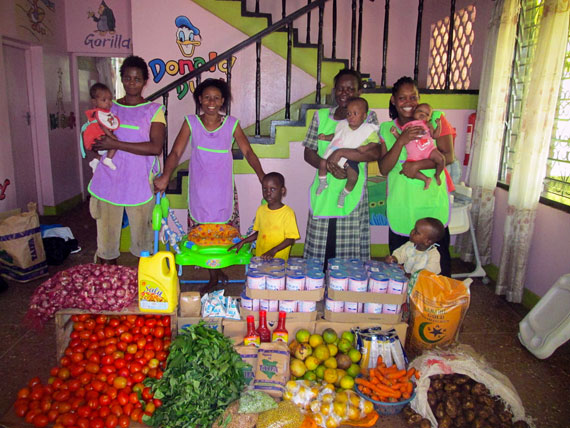 Everyone gets excited when a month’s worth of food arrives, courtesy of Heaven’s Family’s Food Fund!

Peter and Selpher have sacrificed everything to care for their tiny treasures, and they will continue to do so even if none of the children are adopted into families. And they practice what they preach, having legally adopted two of the children themselves.

I’m grateful that Heaven’s Family is playing a part in caring for these children, helping to give them a new start in life. As I gazed that morning at newborn Philip, so fresh and precious, I thanked God that, although he was someone’s trash just hours before, he was now someone’s treasure.

Heaven’s Family’s Food Fund helps thousands around the world in Jesus’ name who are suffering from food instability or malnutrition. Last year we fed victims of starvation brought on by drought, children rescued from neglect and physical and sexual abuse, as well as civil-war ravaged women and their children. We bought goats for poor Christians to provide them with milk to drink and sell, and through loans assisted others so they could grow their own crops. All of this was possible because of contributions to the Food Fund. Hebrews 13:16 says, “Do not neglect doing good and sharing, for with such sacrifices God is pleased.” This year we’re continuing to feed Jesus through our needy brothers and sisters, thanks to people like you.