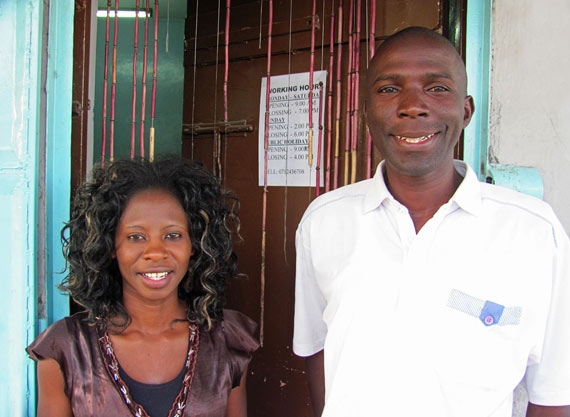 Duncan with his wife, Milicent, in front of his arcade

Duncan Owino had a new wife and no job—hardly a good way to begin a marriage. In Nakuru, Kenya, however, where Duncan lives, such a plight is not uncommon. Poverty and unemployment are endemic there, but neither prevent young men and women from marrying.

Duncan earned a very meager stipend as the keyboard player in his house church, but it certainly was not enough to support him and his wife Milicent. So the newlyweds struggled to survive on handouts from fellow believers. Since their church family is also poor, there were days when Duncan and Milicent went without food.

Duncan’s pastor, John Muchiri, is also a Heaven’s Family micro-banker. Aware of Duncan’s need, John encouraged Duncan to start a small business with a loan from his micro-bank. That encouragement started the wheels turning in Duncan’s mind—and gave him hope.

Soon, Duncan’s thoughts turned to businesses that might appeal to other young men like himself. He then had an idea to open a small video game arcade. With his idea in hand, Duncan went to tell his pastor. Pastor John helped him develop a sound business plan, and then he loaned Duncan the $185 he needed to purchase a used television set and an older PlayStation video game system.

Next, Duncan tracked down some space in the corner of a store that he could rent for his new video arcade. After setting up his equipment and hanging a sign, Duncan was finally in business for himself—and his arcade was an instant success. 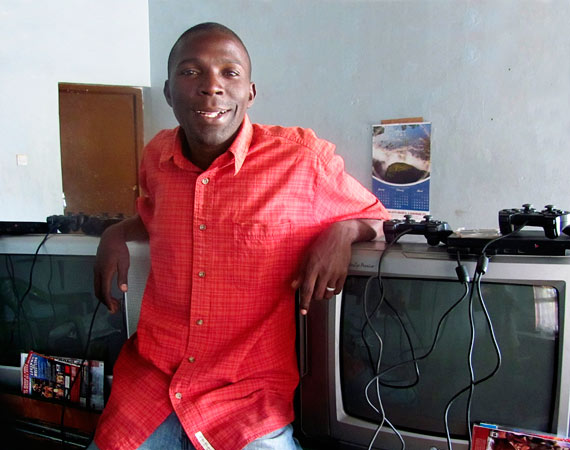 Six months later Duncan made his last micro-loan payment—right on schedule. So Duncan asked pastor John for a second micro-loan to expand his video arcade. John agreed. With his second loan of $375, Duncan purchased a newer television set and a more advanced model PlayStation, and increased the size of his game library—more than doubling the size of his business. As to our concerns about the type of games that Duncan provides, pastor John assured us that, “Duncan is very wise about it, but I shall be advising him [regarding his game purchases].” That’s what happens when your banker is also your pastor!

Because of steady demand and disciplined working of his business plan, Duncan is now paying off his second micro-loan while supporting Milicent and himself. He and his new bride are no longer a burden to their poor house church, but are instead tithing to it, helping other poor members who are struggling to survive as they once were. After they pay off their second micro-loan, Duncan and Milicent hope to begin another new “business”…the starting of a family.

Through gifts to Heaven’s Family‘s Micro-Loan Fund, we’ve established micro-banks in 10 nations so far, including communist nations. Our micro-banks offer enterprising Christian borrowers opportunities—often for the first time in their lives—to lift themselves from poverty with dignity. Heaven’s Family‘s founder, David Servant, is very enthusiastic about our Micro-Loan Fund, often saying, “When it comes to lifting the poor from poverty, capitalism always trumps philanthropy.”