Perhaps you’ve seen the billboard that has a portrait of Abraham Lincoln and a caption that reads,’Failed, failed, failed and then…’ That billboard has been a particular inspiration to me. Only a few people who read this letter actually already know this, but three times in my life I’ve resigned a pastorate to pursue a ministry of equipping pastors in the Third World. Twice I’ve failed and returned to pastoring, each time confused and humiliated, and each time more fearful of another failure.

The first time I launched out 22 years ago I was so sure I was in God’s will. God had spoken to me during a time in prayer in such a powerful way that I have never forgotten it: “I am going to make you a leader of leaders.’ Within a few months I was launching out in my new ministry to pastors in Haiti, Indonesia and the Philippines. Within a few more months I was sinking fast. Trying to fix my mistake made things worse. I almost quit the ministry entirely. And it would take too much time and too much humility to tell you about all the other mistakes I’ve made in the years that followed.

As I recently related this to a friend, he said, “You overlooked one word of God’s promise to you…the word ‘make.’ God didn’t say, ‘You will be a leader of leaders;’ He said, ‘I’m going to make you a leader of leaders.” How true that turned out to be. I had overlooked that one word, and it as taken about twenty years of “making’ so far. As a young man of 24 years, I was quite sure I was ready to go to the world and be a leader of leaders. Now at 46 I feel so troubled by my inadequacies that each time I stand before pastors I always begin by admitting that the primary reason I’m qualified to teach them is because I’ve made every mistake that can be made, and if they’ll listen to me I can save them a lot of trouble.

Resigning my pastorate two years ago and launching out for the third time to attempt the same thing was the most difficult thing I’ve ever done. I’d love to tell you that I’ve been a bedrock of faith, but the truth is, I’ve fought fears just about every day. I’ve considered other possible careers when it looked like we were going under. I’ve wrestled negative emotions of various sorts and lost the battles at times.

Failure is not the only thing I’ve feared. I fear writing newsletters. I always debate within myself what to say. If I tell of successes that God has graciously granted, will readers think that I don’t need their help because everything is going so well? Or will they be more motivated to join something that God is blessing? Will some suspect I’m bragging?

If I tell them of my failures, will supporters abandon me? If I tell them about the needs, will they think I have no faith or perceive me as always asking for money? (In this regard, I need to heed the advice of Bill Cosby: “I don’t know the key to success, but the key to failure is trying to please everybody.’)

All of these fears and struggles indicate to me that we have an enemy. Praise God that we’re on the advance, but it isn’t easy. Our responsibility is to obey and proclaim the truth. By the grace of God and the generosity of friends, we’ve enjoyed some wonderful victories. For example, here is a recent report of one of those victories from a pastor in Russia:

As to the book [The Disciple-Making Minister] – it has revolutionized my life….We are talking a lot among the leadership of our church about adjusting our beliefs according to the Scripture. You know, I found that we believed many things just because we were taught that way and, by the way, the teaching would often come from the American books. But now it’s like the “scales fell off my eyes’ and we have seen in the Scripture what was always more than evident but we would just ignore it.

We can help that same thing happen in the lives of many other pastors. Our goal is to put The Disciple-Making Minister into the hands of thousands of African, Asian, Latin American and European Christian leaders. It is currently being translated into Vietnamese, Chinese, Russian, Bulgarian, Swahili, French and Spanish, all by faith. Eventually, we will give that book away at every conference we do, and I will be a very, very happy guy. Always looking for a sign from God, today I found a penny on a parking lot, and there was Abraham Lincoln again. Above his profile were the words, “In God We Trust.’ Another inspiration, and another reminder of who to trust.

My November trip to Costa Rica to minister to pastors in two conferences was filled with blessings. Since I’m always showing you nice photos of pastors and cute children, this time I decided to show you something not so nice. San Jose, where prostitution is legal, is a magnet for transvestites from all over Central America. Our hotel was adjacent to a park where scores of homosexual men dressed as women try to sell themselves each night. One night after our conference we spent some time interviewing and sharing the Lord Jesus with some. Praise God that in the church where we held of our conference there were at least two former transvestites who had been born again and transformed by the Lord. (The photos below are all of men.) 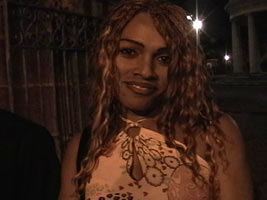 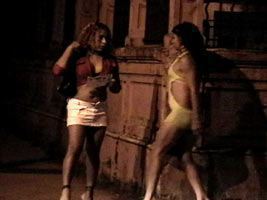 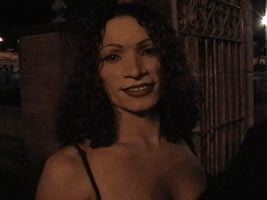 If you live in Western PA and watch our only Christian TV station, CTV, you may soon see a two-minute documentary titled “Around the World with David Servant.’ CTV has asked us to produce a new mini-documentary each month, highlighting one of my trips, which they will repeatedly air at no charge! My son, Stephen, just happens to be a wiz-bang digital video editor, and he has already produced our premier documentary of my June trip to Moldova. If I learn of an exact time from CTV when it will be aired, I’ll notify you in advance by e-mail. If you have high-speed internet, I can also e-mail you a QuickTime movie version. Just let me know.

Along with a team of 13 wonderful people, I’m leaving December 4th for our biggest outreach of the year in our 11th nation for 2004—Myanmar (Burma). I’ll be teaching at a conference for 300 pastors while other team members teach puppet ministry to children’s workers, prescribe eye glasses for pastors, and distribute clothing, soccer balls, badminton sets, Frisbees and financial aid to at least nine orphanages. At last year’s conference some pastors walked as much as seven days on mountain paths to attend. This year, because of the efforts of many home-schooled kids, their parents, and their generous friends, we’ll be giving bicycles to fifty pastors who are working in remote areas. Each of the 300 pastors will also receive a copy of Bernie Koerselman’s book, Saving Faith, endorsed by D. James Kennedy and Chuck Colson, in his own language. If you wish you were joining us, start planning now to go with me next December.

Not only are we finishing 2004 with a bang, but starting 2005 with another—a very significant trip to Tanzania, East Africa, in early January. We’re trying a little different strategy that I believe is going to be very fruitful. I will be teaching at five one-day pastors’ conferences in strategic cities all over Tanzania, where we hope to get the attention of a lot of pastors. The Lord has enabled us to print 5,000 copies of The Great Gospel Deception in Swahili, which we will be giving to the attending pastors, along with lunch. The material that is covered in that book would take me several weeks to cover in a conference. The net spiritual result of those five conferences will be greater than anything we’ve done in any nation. The cost of this outreach is stretching us in a big way, so your help is greatly needed and appreciated. Please do keep us in mind in your end-of-the-year giving. Thanks.

For the sake of the Kingdom,