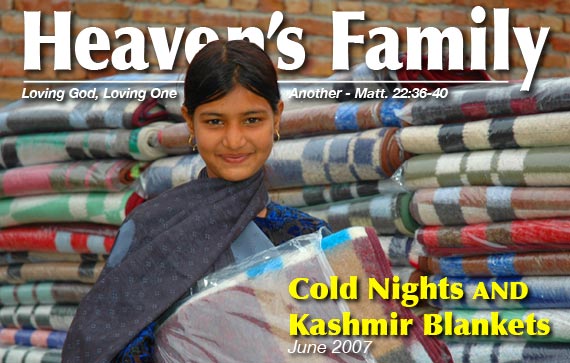 I returned in the middle of May from two weeks of ministry in France, England and Poland—three countries from which I can trace my ancestry. I felt like I was home! And I enjoyed being with some of the finest saints among God’s family.

In France, a nation not known for its openness to the gospel, I taught at a weekend conference attended by about forty believers who came from all over the country. In England, the first steps were taken to set up Heaven’s Family as an official U.K. charity. And in Poland, Chuck King and I ministered at a pastors’ conference and served the poor.

While Chuck and I were in Europe, Heaven’s Family was bringing blessings to “the least of these” among Jesus’ followers around the world. I have good reports to share with you in this update. Thanks for making May marvelously fruitful! — David

In Pakistan, the average bed is a rope net tied to a wooden frame. Most Pakistanis are too poor to afford anything better. They have no pillows, sheets or blankets.

I wasn’t too surprised when within the space of a few days, we received two gifts out of the blue earmarked for Pakistan that made possible the purchase of 55 blankets. Money from the general fund provided for 10 more. Above are photos of a few of the happy recipients. Thanks so much for helping us keep orphans warm.

Winter has now passed, but we would like to provide blankets for our remaining fifty Pakistani orphans by next January. 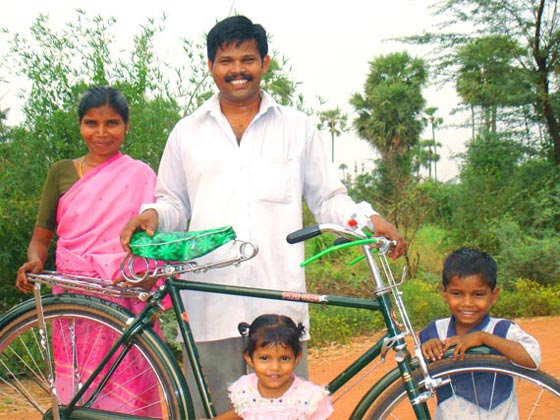 Indian Church-planter Yejjala Yosepu and his family. His new bicycle will take him farther to preach the gospel.

In Nepal and India, a bicycle is not a toy, but a valuable means of transportation. But $80 is beyond the means of most poor evangelists and church-planters, so they walk as far as their legs will carry them to preach and pass out tracts.

Pastor Ponnuru Jakaryya (pictured below) was one such man. Before his conversion, he was a high-cast Hindu, a worshipper of lord Venkateshwara, whose idol is visited by tens of thousands of devotees every day. At age thirty-one, Ponnuru suffered a stroke, and his right leg and the right side of his mouth were paralyzed. He became bedridden. His wife and family prayed and fasted for four months to lord Venkateshwara, even sleeping at his temple. But there was no improvement, because Lord Venkateshwara can’t hear, much less heal someone who is partially paralyzed. In fact, lord Venkateshwara is himself completely paralyzed…and he has been ever since he was carved!

One night, as Ponnuru was lying in his bed, he heard someone preaching the gospel in the distance through a PA system. He asked his wife to take him to the meeting. When he arrived, he listened to the gospel, repented and believed in the Lord Jesus. He also believed that the Son of God would heal him, and so he attempted to walk by faith. When he did, he was completely healed!

Now Ponnuru oversees two churches, and with his new bicycle is taking to remote villages the same gospel that saved and healed him. Before he received his bicycle, he walked six to nine miles each day passing out tracts and preaching. Imagine how far he’ll journey now!

Pastor Shaik Meera Vali (pictured above) also experienced God’s healing touch. Before his conversion, he was a devout Muslim, kneeling for prayer five times each day. He also was an epileptic who searched in vain for a cure from many specialists. In 1999 his wife talked him into going to a local church to receive prayer for his healing. There he was healed and saved.

For that, he was excommunicated from his community and lost his job at the local jute mill. He concluded God was calling him to preach the gospel. He has since planted two churches which he now pastors.

In May, Heaven’s Family provided new bicycles for eleven church-planters in Nepal and India. We have about thirty more national missionaries who are waiting for bicycles. 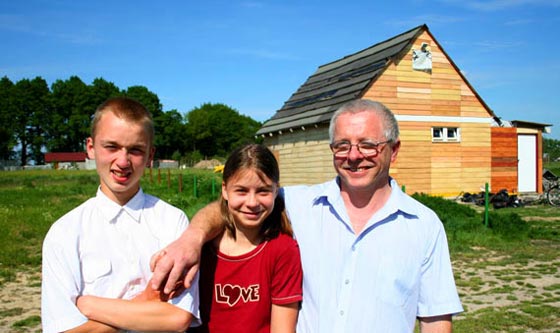 Trusting God in tough times: The Suppan family (minus mom, who is in the hospital) in front of their little house.

When hard times hit, it is nice to know that God cares so much that He sends fellow believers from across the ocean to help bear your burdens. Because of gifts to the general fund of I Was Hungry and the Heaven’s Family Mutual Fund, we were able to help twelve Polish believers (or families) who have been facing financial difficulties. (The average wage in Poland is around $800 per month.)

The Suppan family (pictured above) is living in a tiny temporary house they built after the head of the household, Jacek, was forced into bankruptcy by contractors who did not pay him for his work as an electrical subcontractor. To top it off, Jacek’s wife is in the hospital needing a hip replacement. It was so nice to bless them.

Danuta Wolosewicz (pictured below) has been astounding doctors who fourteen years ago told her she had one month to live due to cancer. She is full of joy. We were able to give her a gift that was equivalent to one month of her meager income (about $182).

We also helped Ryszard Popeczko (pictured below), whose severely handicapped child requires expensive special care, as well as Czeslawa Nowakowska (also pictured below) a struggling widow. Chuck King led Czeslawa’s adult daughter to the Lord during his visit. She repented with tears and was in church the following Sunday where Chuck preached.

Glad to be part of a family that cares: Danuta Wolosewicz, Ryszard Popeczko and Czeslawa Nowakowska. 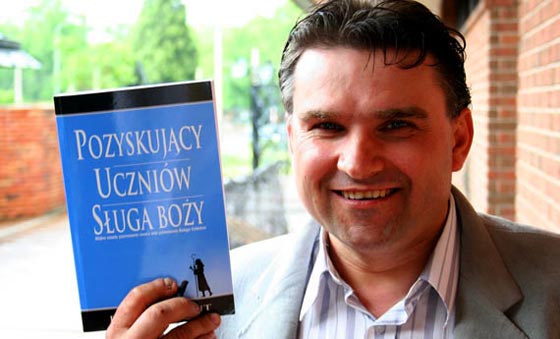 Pastor Wieslaw Borek, with his own copy of The Disciple-Making Minister, 500 pages and in Polish!

About eighty hungry pastors attended our pastors’ conference in Wroclaw, Poland. It was a joy to share with them. Each received a copy of the Polish translation of The Disciple-Making Minister, and hundreds of copies will soon be distributed all over Poland to Christian leaders. Below are photos of three pastors who attended our conference, all with typical difficult-to-pronounce Polish names!

Through the Shepherd Serve division of Heaven’s Family, thousands of pastors are being better equipped for biblical ministry around the world. I recently received the following good report from Hong Kong Pastor Dennis Balcombe, who is helping us distribute 15,000 copies of the Chinese version of The Disciple-Making Minister to underground church leaders across China:

We are now in the time of a great harvest in China and every week I am seeing hundreds saved and baptized in water. Churches are growing very fast, but there is a great need for training the leaders…This book is starting to make an impact on China. I hope later on we can print many hundreds of thousands for every part of China.

Join Us in Tennessee, Pennsylvania or Kenya!

If you are looking for love, you’ll find it if you join me June 15-17 at Rose Creek Village, a community of about 250 loving Christians near Selmer, Tennessee. I’ll be teaching at a weekend conference there. My good friend K.V. Daniel from India will also be joining us.

Saturday, June 23rd, I’ll be teaching at a mini “Family Reunion” in Mercer, PA. For more information contact us. I’d love to meet you there!

Chuck King will be speaking at Faith Christian Center in Newport, PA on Sunday, June 10. And he’s taking eleven people with him to Kenya, July 16-27. You can join them! If you’d like more information about either of those events, please contact us.

Thanks be to God

For each of the good reports in this update, we want to give God all the glory. It is His grace that has opened doors of opportunity, and His tranforming grace that motivates you (and us) to serve “the least of these” among His family. Praise God! May He continue to bless you so that you can continue to lay up treasure in heaven! — David and Becky 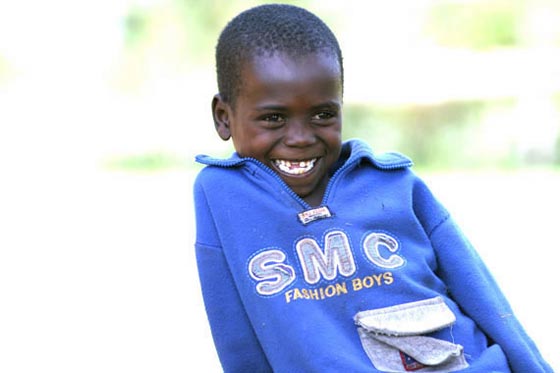 Stephen Wanyonyi of Kenya, whose parents died of AIDS, is glad to have a monthly sponsor in California. We currently have 19 more AIDS orphans who are waiting for sponsors at Covenant Kids Home in Kenya.