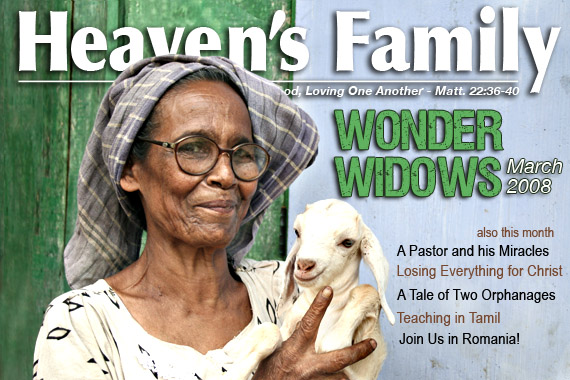 I didn’t travel to any other countries in March (other than Texas, which is considered a country by some Texans I met). However, three members of our Heaven’s Family staff spent two weeks in India, where one-sixth of all the world’s people live.

Chuck King ministered to 1,500 pastors in the Indian states of Maharashtra and Tamil Nadu. CJ and Charity served orphans, widows, lepers, pastors and persecuted believers in the Indian states of Kerela, Chattisgharh, and Orissa. Heart-touching reports and photos follow. You’ll read about some amazing miracles—and learn how your compassion is touching “the least of these” in India and building His kingdom. Thanks so much. — David 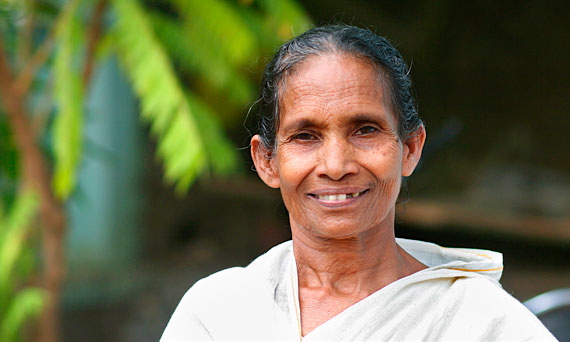 Miraculously healed of a stomach tumor while she was still a Hindu: widow Kochumole Velayudhan

I’d like to introduce you to three amazing women who are assisted each month by means of gifts to the Widows’ Fund. They truly meet the biblical criteria for widows who should be supported (see 1 Tim. 5:3-10).

The first widow is Kochumole Velayudhan (photo above). She was a Hindu, but her son married a Christian woman, and they moved in with Kochumole and her husband. Some time afterwards, Kochumole was afflicted with a stomach tumor, and her daughter-in-law shared with her how Jesus healed people. Kochumole was not receptive, but whenever her daughter-in-law left for work, she would pick up the Bible she left behind and read the stories about Jesus healing people. One day she stopped reading and prayed, “Lord Jesus, if it is true, please heal me.”

That night Kochumole had a dream of Jesus coming down to earth and healing her. The next morning she woke up and her stomach felt better. She gave her life to the Lord right then. When she went to her doctor, he confirmed that her tumor was gone.

After Kochumole became a Christian, her husband left her and married another woman. Now Kochumole goes house to house and shares the gospel. One of her converts is another widow who is also supported each month through the Widow’s Fund. Her name is Kunjakalu Krishnan (see photo below).

Kunjakli was also a Hindu, and when Kochumole first shared the gospel with her, she was dying from cancer with no money for medical treatment. Kochumole shared her testimony and invited Kunakli to church. When the believers prayed for her, she

When Kunjakli’s three Hindu children discovered that their mother had become a Christian, they disowned her. Because of her consistent life and testimony, however, one of her unmarried daughters eventually came to the Lord, and Kunjakali now lives with her. Kunjakali has a ministry of visiting the sick in hospitals where she shares her healing testimony with patients.

The third widow is named Rosakkutty Lonappen (see her photo above). I had the privilege of sitting close to her during a church service. This vibrant little woman was praying, thanking God, and raising her hands during the entire sermon! When the time came to present prayer requests, Rosakkutty stood up and requested prayer that her two daughters would come to the Lord. When Rosakkutty got saved, her daughters, both Catholic nuns, disowned her. Rosakutty spends her days going from house to house, praying for the sick and inviting people to church.

Contributions to the Widows’ Fund are not only used to sustain Christian widows in India and Pakistan, but are also used to help them start self-sustaining businesses. Widow Mary John (pictured at the very top) now has a profitable business raising goats because of a grant from Heaven’s Family. 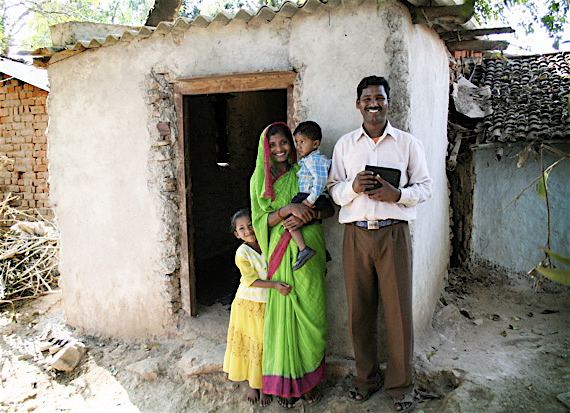 CJ and I met many amazing and devoted pastors in India. Many of them are so poor that they can’t even afford to buy a bicycle, yet they often travel on foot ten or more miles each day to their preaching points. Because of recent gifts to the Mobilize a Minister Fund, we were able to bless ten such pastors with their very own bicycles. They were elated.

One of those ten is named Pathras (see above photo), a former Hindu. His church building is only 8 by 15 feet, and so he must hold four church services every Sunday to accommodate his congregation of seventy-five people. Amazingly, every one of his church members is a believer as a result of being healed after he prayed for them.

Pastor Pathras is illiterate, and he can’t count past the number thirty (as is true with many poor rural Indian people). But this has not been a hindrance. He knows his congregation is approaching three thirties in size! And he has a man in his church who reads the Bible to him every day, and from that he prepares his Sunday messages. “God has chosen the weak things of the world to shame the things which are strong” (1 Cor. 1:27). 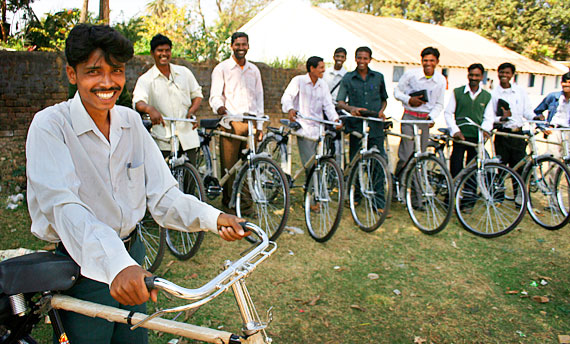 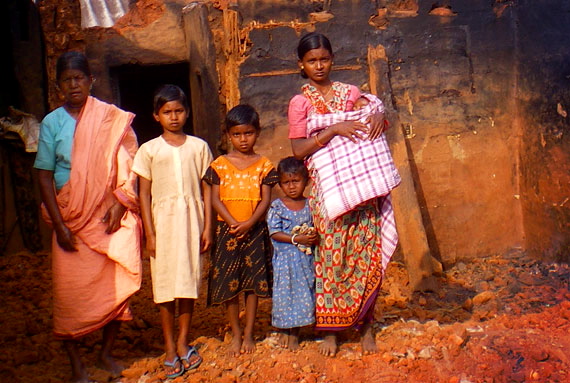 Standing in the rubble: Their home after it was burned and destroyed by Hindu extremists during Christmas

In the Indian state of Orissa, there have been so many thousands of Hindus converting to Christianity that the state government has passed anti-conversion laws, and new Christians are facing enormous tests. Just two months ago, in the Kandhamal district, four Hindu extremist groups banned together to execute brutal attacks against Christians. They looted homes, kidnapped children, burned Bibles, and tried to force Christians to convert to Hinduism. At least 600 Christian homes were burned down or destroyed along with 90 churches. Nine people were burned alive. Thousands have been displaced and fled into the forests.

You won’t read much about it in the news in India, because there has been a news blackout. Fifteen Orissa pastors traveled twenty hours to meet with CJ and me to tell their stories. Seven other pastors also wanted to come to meet with us but they felt it was unsafe to travel because they were being watched by the authorities. We later learned that the leader of those fifteen pastors who did travel to meet us was arrested and questioned upon his return to Orissa.

Every pastor in the group had suffered significantly. Some are living in tents because their homes were completely destroyed. Some were forced to leave their villages permanently. Some were forced to burn Bibles or go through the motions of converting to Hinduism by bowing before Hindu gods and drinking water mixed with cow dung. Some told us that the Hindus do not allow them to collect water from the local wells.

The reason for the attacks is not just spiritual, but also political and economic. When people from the Dalit caste (the lowest of the Hindu castes, formerly known as the “untouchables”) convert to Christianity, they escape the caste-based humiliation and discrimination of Hinduism. Their lives begin to improve. Some have worked together for a political voice. When it appears that government jobs might be granted to former Dalits for the first time ever, caste hatred surfaces. It’s the love of money.

Here’s the testimony of one 58-year old church leader in Orissa:

About 10 in the night on Christmas Eve, hundreds of Sangh activists attacked our villages armed with chains, swords and axes. They started setting the houses on fire. Everybody ran away into the jungle. I too started running but I was late to leave the village. They chased me and hit me with chains. I fell down. One of them put the sword on my throat and demanded that I recant my faith in Jesus. Others kept shouting: “Kill him, kill him if he did not renounce Christ.” I said, “Kill me if you want but I will not renounce Jesus.” I closed my eyes anticipating the sword to run into my throat. They left me almost dead, burnt my house, looted everything as I watched helplessly. In the darkness of the night I limped my way into the jungle and spent four days there in hunger and thirst before I reached our relief camp in Raikia.

Because of gifts to the Christian Refugees’ Fund, we were able to entrust $4,500 to those pastors to take back with them to help rebuild the lives of those in their churches who lost everything. Thanks so much to all who have given. Much more help is needed. 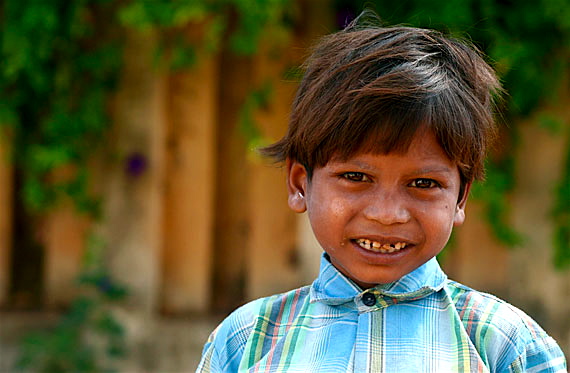 Dilip, age five, waiting to be sponsored at OrphansTear.org

Through the Orphan’s Tear division of Heaven’s Family, sixty-two children are currently sponsored in India. All of them are scattered among a number of small orphanages called “Mercy Homes.” Mercy Homes are overseen by a pastor and his wife, and the children become part of the family. While we were in India we visited several Mercy Homes helped by Orphan’s Tear.

One Mercy Home we visited had just been opened a few days before our arrival. The children were fearful of us, very thin, and wore ragged clothes. It was difficult to get them to smile when we took their portraits, and some just wouldn’t smile. When we asked what their favorite school subject was, and they had no answer. Even though some of these children were 12 years old, only one had ever been to school.

We also visited several Mercy Homes that had been in existence for a few years. The difference was enormous. I had trouble getting the children to stop laughing long enough to just smile for a portrait! They clamored around me, eager to try out the English words they were learning in school. “What is your name? How do you like India?” When we asked them what they wanted to be when they grew up, many said they wanted to become pastors or enter into the ministry. Most of these children were born in Hindu homes, but since coming to the Mercy Homes and living every day surrounded by Christian influence, all of them now love and serve Jesus.

Siba, an orphan who has just been taken in at a Mercy Home, and Vijisha, who has been in a Mercy Home for a few years.

There are currently seventeen Indian orphans waiting for sponsorship at Orphan’s Tear. You can pick one out a Child to Sponsor for yourself! 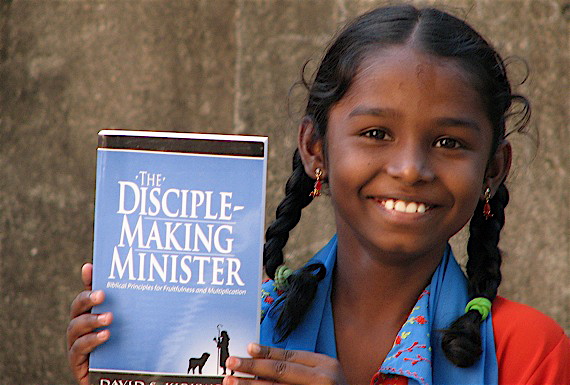 Ruby Manohar, a ten-year-old daughter of a pastor who attended one of Chuck’s conferences

Chuck King has been ministering in India since 1995 and has found great favor with influential Indian leaders in Maharashtra and Tamil Nadu (two states of India). Those leaders organized seven pastors’ conferences for Chuck, who was joined by two other American ministers. Together, they ministered to 1,500 pastors, all of whom received a copy of The Disciple-Making Minister in either English or Tamil. The Tamil version was 700 pages!

If you’ve ever wanted to join a Heaven’s Family mission trip, this summer brings an opportunity. We’re going to Romania and the tiny adjacent nation of Moldova for thirteen days, July 24 through August 5. You don’t need to be a preacher or teacher for this trip. Our team will be ministering for a week at a kid’s camp and at some orphanages, so all that is required is love for children. For more details, contact us.

This month I’ll be ministering in Peru, South America, while Chuck King serves in Ghana, West

Thanks for being part of Heaven’s Family. You are showing your faith in Jesus by your love for “the least of these” among His family. May He continue to bless you abundantly.

P.S. We so appreciate it when you forward our monthly updates to your friends along with your recommendation. That has resulted in lots of blessings for some very poor members of our spiritual family around the world. 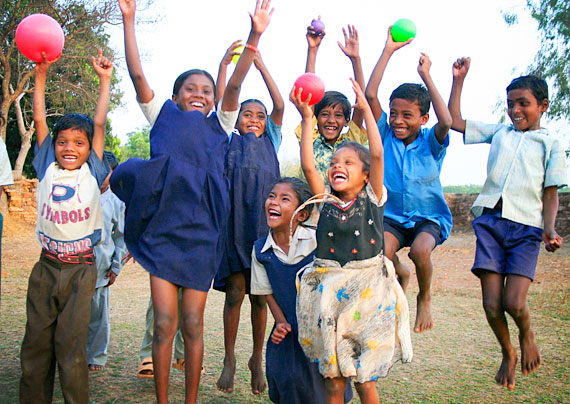 Receiving news that your entire orphanage has just been sponsored is something to be very happy about!