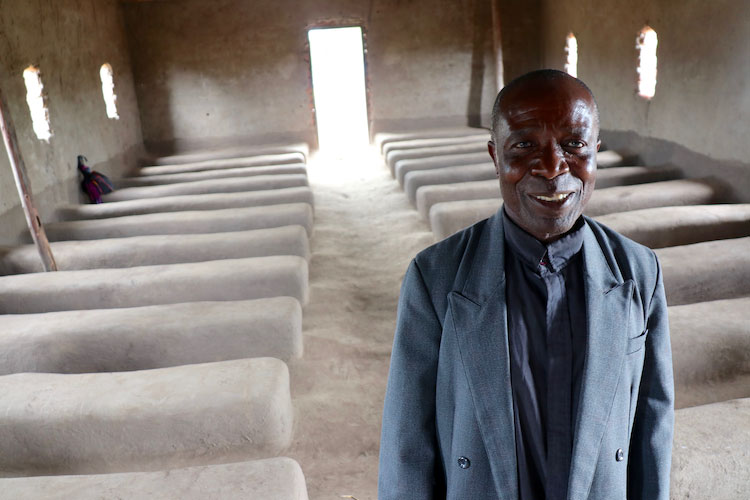 Episcopalian Priest, Father Victor Masangano, standing in the front of his church. His is the first church I’ve ever visited where the pews are literally made of mud, just like the walls, an indication of the poverty suffered in his region of Malawi. Father Victor is not actually a Pygmy, but his short stature may also be an indication of the region’s poverty and nutritional deficiencies. Now that is all changing! Keep reading…

Father Victor Masangano, an Episcopalian priest in the rural Malawi village of Nangombe, was an “early adopter” of our Farming God’s Way program. That took courage, because the traditional agricultural methods in Malawi are well-entrenched. Everyone in the rural areas farms, and everyone has been farming the same way for as long as anyone can remember. Anyone who does anything different raises eyebrows. And Farming God’s Way puts a whole new culture into agri-culture.

About two years ago, Father Victor decided to grow cabbages using Farming God’s Way Methods. So he didn’t plow his soil before planting. He spaced the seeds precisely using a string that was clamped with bottle caps at regular intervals, stretched across his little plot of land. He gathered straw to use as mulch. And his cabbage patch thrived.

People started talking. News traveled. One day, a truck pulled up in front of Father Victor’s humble home. The driver asked if he could buy all of Pastor Victor’s monster cabbages. When that truck drove away, Father Victor realized that he was a millionaire! A millionaire in Malawian Kwachas, that is.

Holding a huge sum in his hands—the equivalent of U.S. $1,350—Father Victor was acutely aware that his life and ministry were about to dramatically change. He took his profits and reinvested some back into his new agri-business, and the rest he invested in the kingdom of God.

AIDS has ravaged his region, and hundreds of AIDS orphans are now living with poor relatives or in child-headed households. To bring some relief to the children and their caretakers, Father Victor started providing a daily nutritious meal for about 140 children. Heaven’s Family’s Food Ministry (directed by Diane Scott) supplements Father Victor’s feeding ministry with monthly support. Today we got to see the results for ourselves, and I’ve included a few photos below of happy children enjoying their meals.

Also today, Father Victor also gave away 130 mosquito nets to the orphans he feeds, courtesy of Heaven’s Family’s Critical Medical Needs Ministry (directed by Laura Croft). An ounce of prevention is worth a pound of cure, and sleeping under mosquito nets has proved to be the best way to prevent malaria.

Can Episcopalians be Christians? I guess so! 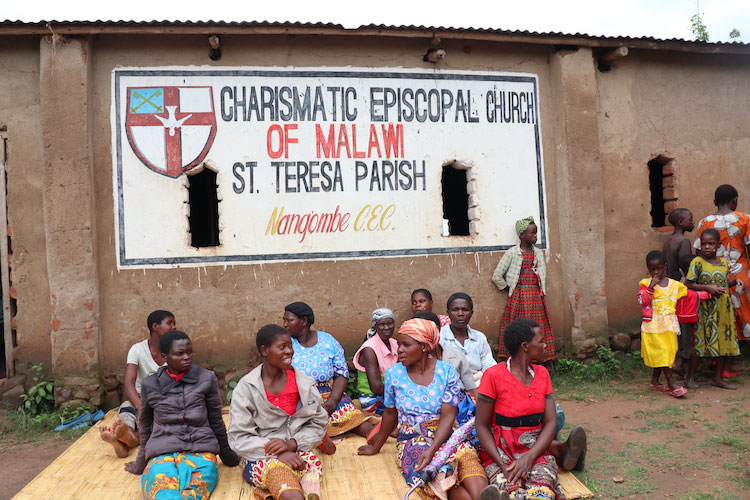 Father Victor’s church is not just Episcopal, but Charismatic! 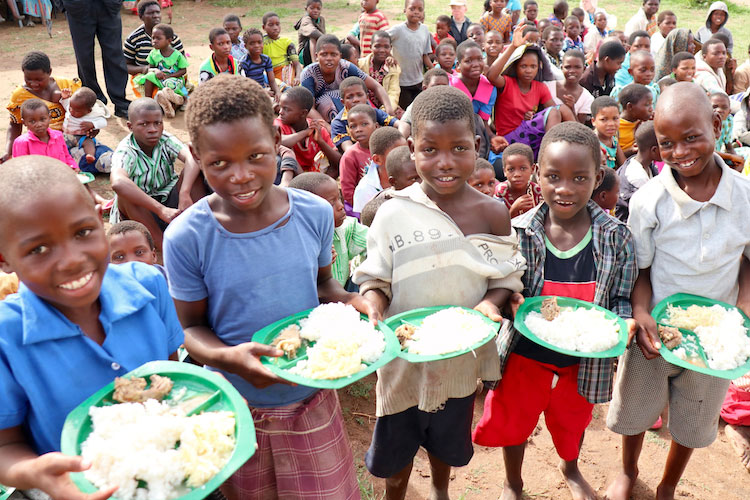 Five of the 140 children who are fed each day. On their plates is mostly rice, some cabbage, and a small piece of chicken. 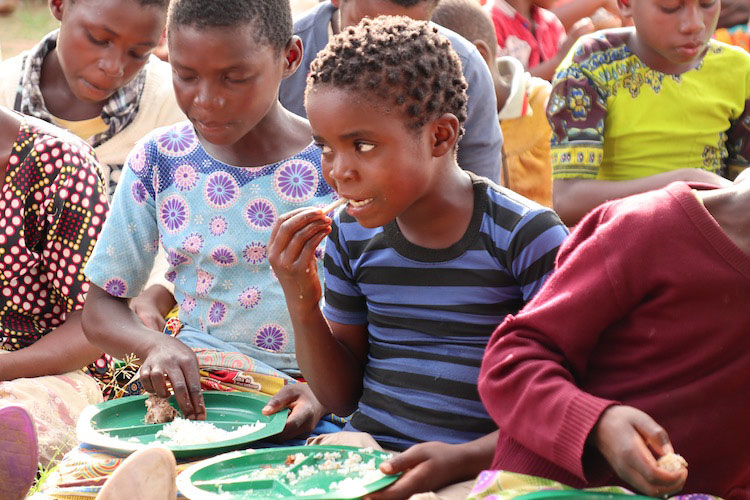 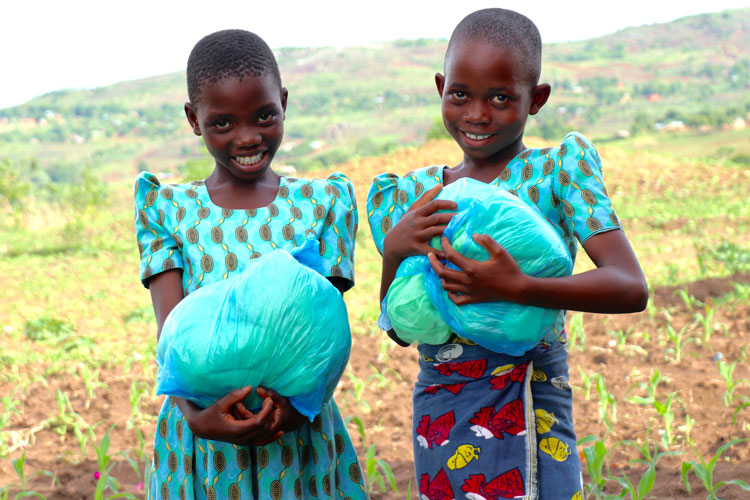 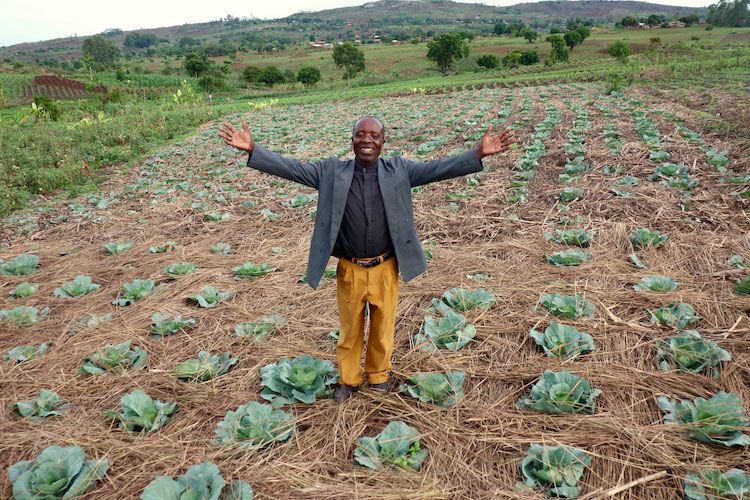 Father Victor thanking God in his current crop of cabbages