How the Holy Spirit reached the daughter of a Hindu priest

I’m continually amazed at how the Bible and the Holy Spirit team up to make a powerful and effective evangelism team. The following story, from Sarithavihar, North India, is one such example.

Geethu, the daughter of a priest, grew up in a devout Hindu family. Last year, a woman came to her father’s temple to be delivered from evil spirits. This woman was the mother of Kiran, one of Geethu’s closest friends. Not surprisingly to followers of Jesus, Geethu’s father was unable to deliver the possessed woman and so, out of desperation, the woman visited the church of a Christian in her village. Kiran’s mother was then miraculously delivered from the evil spirits and her whole family is now serving the Lord!

After her mother’s radical transformation, Kiran visited Geethu often, explaining the source of her joy and sharing Bible stories with her. Geethu would plead with Kiran to stop speaking about those things, because of her family’s Hindu faith. Kiran agreed to stop only if Geethu agreed to accept a Bible from her. She accepted the Bible as a friendly gesture, but put it on a shelf and refused to read it.

Days passed and Geethu started to notice “a peace of mind” whenever she entered her room. This is how she described what happened next:

I was wondering what is this special thing in my room? Then I thought about the Bible. I took it and open it for the first time. The portion I opened was 2 Corinthians 2:14-16. I was interested to read that portion and I read it again and again. Then slowly started to read the pages day and night. The first thing I realized was I lost interest to go to the temple. Slowly I realized that Jesus is the real God. I went to Kiran’s house and told her my experience and she, along with her parents led me to Christ. I started to go to church with them secretly because if my parents come to know then they will oppose me strongly.

Geethu’s parents did find out, however, reacting strongly at first. But as they watched the changes God was working in their daughter they softened their hearts. They haven’t yet given their lives to Christ, but Geethu is hopeful and now gives away Bibles to her Hindu friends, boldly sharing her joy in Jesus with others. The Bible may sit on a shelf for a while, but it never stops changing lives! 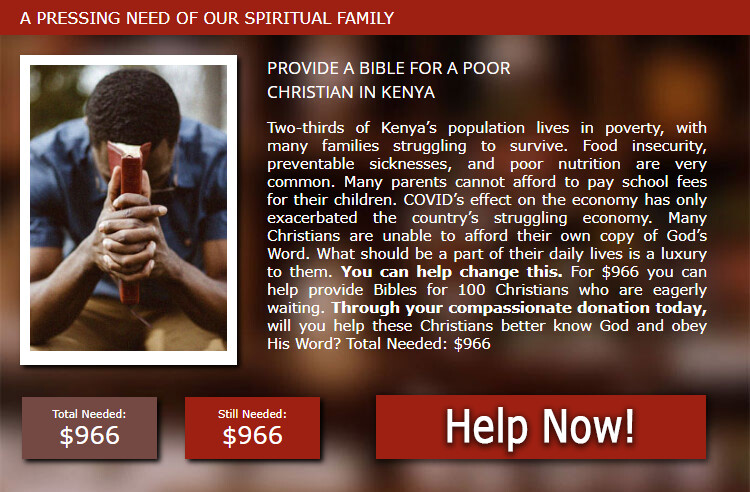