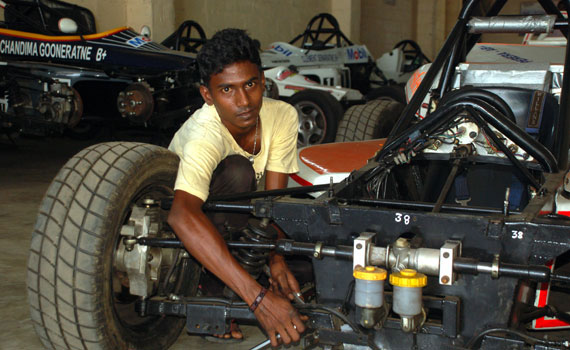 A dream comes true for a Sri Lankan orphan

It turned out to be the most unusual—and the coolest—request I’d ever received for funds from the Education Ministry: a young man named Selvaraj, who grew up in an orphanage in Sri Lanka, just graduated from high school and wanted to go to vocational school to become a mechanic. But Selvaraj’s dream went further—and faster. He wanted to become a race car mechanic!

When Selvaraj was young, his father died in the Sri Lankan civil war. Distraught, his mother abandoned Selvaraj on the street, leaving him to fend for himself. He eventually found his way to a Christian orphanage that took him in. Selvaraj had extreme learning disabilities in school, but his teachers noticed he was very good with mechanical challenges and the use of his hands, and would often take apart broken toys and build entirely new ones for himself and the other children.

When Selvaraj finished high school he enrolled in an apprenticeship program to become a mechanic. Selvaraj excelled and graduated early. After his training Selvaraj immediately landed his dream job as a race car mechanic—a rare opportunity in most of the world—working on various types of Formula race cars.

Selvaraj, now 18, lives in a transition dorm with three other students at the orphanage where he grew up. He’s now being trained in life skills, such as budgeting and paying bills, so he can one day live on his own. Selvaraj always has a smile, and when not on the road for work he serves on the worship team at church and at the orphanage where he grew up. 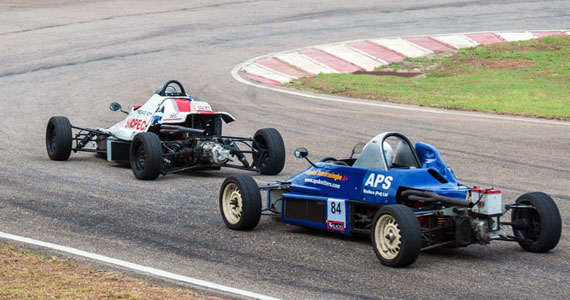 Selvaraj was equipped for his dream job for only $300! Thank you on behalf of him and all the other students who are receiving a better spiritual and academic future because of your compassion.