Field Trip with the Mission to Homeless Children in Africa

Field Trip with the Mission to Homeless Children in Africa 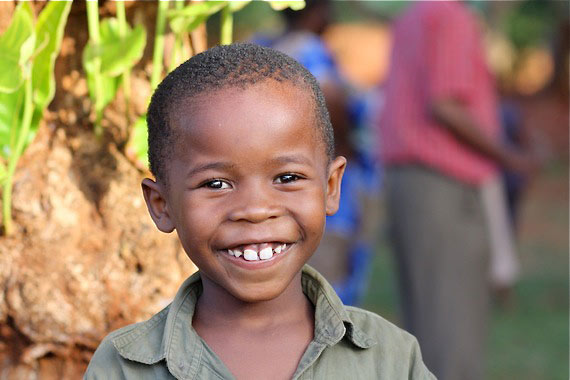 Alex Martin, an orphan who lives at Mission to Homeless Children in Tanzania, Africa, is always smiling

It was still dark outside when 40 sleepy, but excited, children showed up outside our hotel in Morogoro, Tanzania (central East Africa). There were a few yawns, but nobody was complaining about being up so early. All of these children are orphaned or unwanted and formerly homeless, and today they were taking a field trip with us to the Mukeni Game Park in southern Africa. The best time to see the African wildlife was during the early morning, so that is why we were all up so early. Despite living only an hour away, many of these children had never been to the game park before.

These kids from Mission to Homeless Children were chattering excitedly on the bus ride to the game park. Even before we arrived at the gate to the park, we had stopped to watch tembos (elephants) and twigas (giraffes) that were no more than a stone’s throw away. The giraffes always appear to be in perpetual slow motion, especially when they run.

When we got to the gate of the game park, we were amazed to find out that all 40 of the children could enter for the same price as Becky and me! They charge foreigners 20 times more than the locals from Africa.

As we drove along dusty park roads, we saw thousands of impalas, as well as warthogs, cape buffalo, monkeys, hippos, crocs, strange big birds, and other African animals for which I have no name. There was a lot of pointing and excited shouting when several lions were spotted resting right along the road. It’s rare that visitors to the park get to see the elusive big cats. 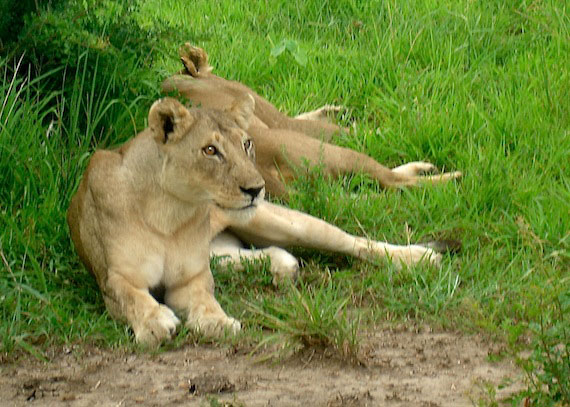 Two simbas (“lions” in Swahili) at the game park in Africa 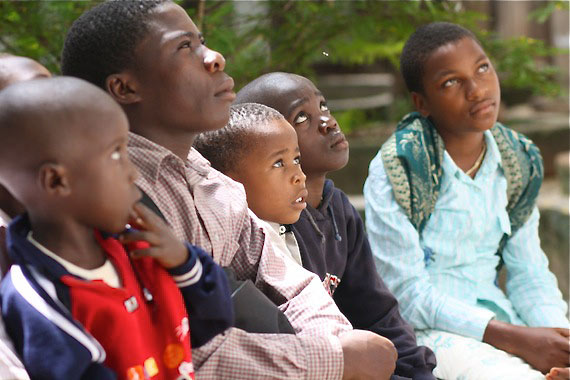 You would think that it would be mass pandemonium taking 40 kids anywhere. But they were all very well-behaved. You could not ask for a better bunch of kids!

We stopped for lunch at a watering hole full of hippos. We watched the hippos while we ate. They didn’t do much, and we could just see the tops of them above the water. The Mission to Homeless Children director’s wife brought lunch for everyone, and the children were all quite happy about their simple fare of tea, bread and bananas. 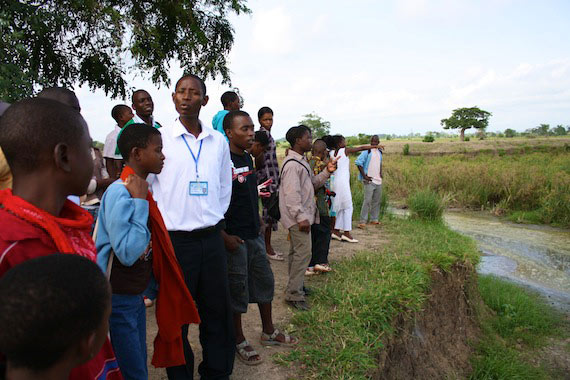 Our guide talking to the kids from Mission to Homeless Children at a watering hole full of hippos, who did very little worth photographing, as they were mostly submerged and sleeping

Life for these children has improved significantly since they came to live at Mission to Homeless Children. Robert Simba, the director, found many of them living on the streets of Tanzania, Africa. Many of their parents had died from AIDS, leaving no one to take care of them, thus rendering them homeless. Robert’s heart was filled with compassion, and he desired to give these children a better life. Now that they are at Mission to Homeless Children, they have enough food to eat, are able to go to school, and are being raised up to serve the Lord. Still, they live by faith. Currently 20 of the 40 children are sponsored by Orphan’s Tear. Robert Simba’s biggest concern is for their education. When the children reach high school the school fees are much more expensive, and the $20-a-month sponsorship is not enough to cover it. This is where your gifts to the Educational Fund come in. If you want to sponsor a child at the Mission to Homeless Children in Tanzania, Africa, you can view available children by clicking here.

Good news! For those of you who sponsor children, we’ve made some changes to your online accounts. If you’d like to see more about the child you sponsor, the orphanage he/she lives at and/or see photos that you can print or use as desktop wallpaper, you must first create an online account at OrphansTear.org. To create an online account, go to OrphansTear.org and click “Create an account!” located in the top, right corner of the homepage and follow the instructions. Once logged in to your account, click “My Account” located in the top, right corner of the page. Click “My Children” located under the “Sponsorship and Giving History” banner. All sponsored children and their details will appear next. Our goal is to provide updated photos of the children annually, so check your account periodically for new photos and details! If you need any help, please call us at (412) 833-5826. Thank you for your faithfulness.

To learn how you can best meet the needs of orphans, click here.

Built with Love: Orphanage Building Projects Report
Hope in The Valley of Death