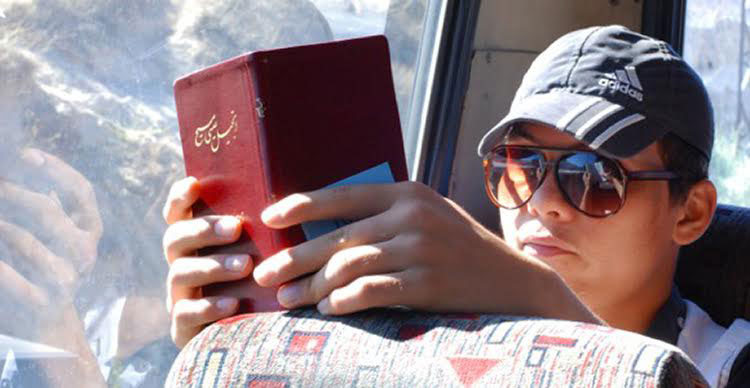 An Iranian traveler discovering the truth in his New Testament

Every Spring, during the New Years holiday in Iran, a partner of the Strategic Bibles Ministry (along with a team of Iranian evangelists) hits the streets of popular vacation spots to hand out thousands of New Testament copies to unsaved Iranians—many of whom are Muslim. The following account relates how ongoing conversions have resulted from this simple act of generosity:

Saman was a drug addict. He lived in Iran and desperately wanted to leave the country and the “hell” that was his life. So after a two-day bus ride in the opposite direction of home, Saman eventually found himself wandering the streets of a heavily populated city. There, he noticed a fellow Iranian who was handing out a beautifully engraved book book—for free! “This is the Gospel of Jesus Christ,” Saman was told, “He is the Lord and Savior. I met him reading this book. You can meet Him too.” Saman accepted both the book and that person’s invitation to attend a local Iranian church the next day.

Saman felt so moved during the service that he read the entire New Testament over the next few weeks. He surrendered his life to Jesus Christ and, to his own astonishment, Saman was simultaneously delivered from his drug addiction—and he hasn’t once used drugs since then!

But the story doesn’t stop there. Saman was discipled and soon after joined the evangelical team that first ministered to him. God then led Hassan, a fellow drug-user from his past, to the same church and Saman shared his testimony with him. Hassan then gave his life to Christ as well, and soon afterwards returned home with 5 New Testaments for his family and friends. He is pleading with Saman for more copies to pass out to others. Praise the Lord, that the Word of God is not bound in Iran! 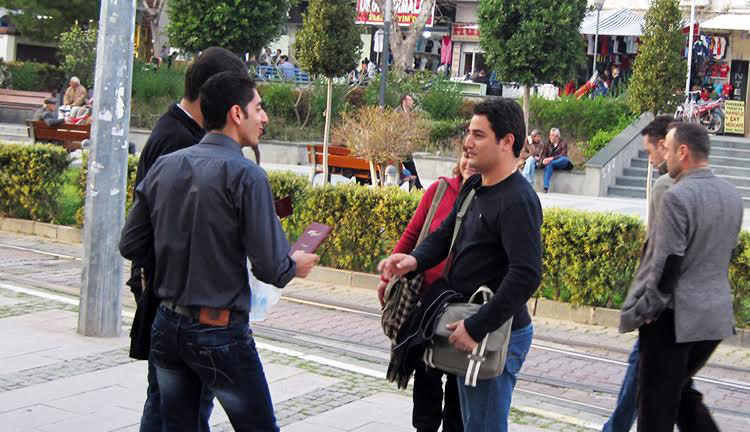 A baptism of new believers; Iran has one of the fastest growing churches in the world

Thank you for your continued prayers and financial support of the Strategic Bibles Ministry, which enables us each year to provide 900 copies of the Persian translation of the New Testament. Your gifts are bringing freedom to those once held in bondage!