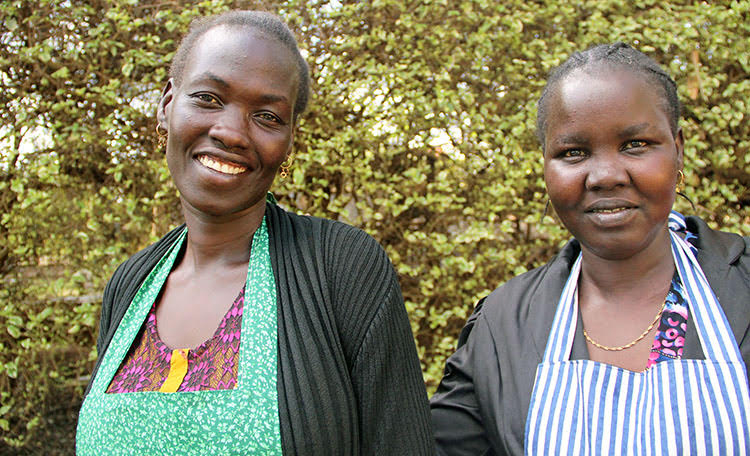 Just a couple of the many women who are now able to independently provide for their families, thanks to those of you who financially support the Widows & Abandoned Women Ministry!

My journey of faith for those without a voice

In July of 2017, I first stepped into my role as director of the Widows & Abandoned Women Ministry. It was a Monday, and my first official day as director. I was worried as I sat in the corner of Panera Bread—was I the right person for this incredible task? Emails were flooding into my inbox. Ministry partners now knew my name and were asking for help, as they had done for my predecessor, Patty Harris. In retrospect, it wasn’t at all that dramatic, but at that moment it felt all too real. I asked the Lord, What do I say? How do I even begin…? I instantly heard the still, soft voice of the Lord say, “Start writing. Write what is in your heart.” So I began to write.

A few moments later I began reading the very first email I received from Victoria Namusisi. She shared with me the heart-wrenching stories of the widows and abandoned mothers in Barlonyo, Uganda. Barlonyo is a village in northern Uganda where many internally displaced people live as a result of a violent insurgency. The Ugandan government blamed a rogue militant group for the massacre of over 200 civilians at an IDP camp in Barlonyo on February 21, 2004.

Victoria wrote of the trials and challenges faced by Barlonyo’s widows and abandoned women in particular, and the violence and theft that plagued these incredibly strong women for merely trying to provide for themselves and their children. I began to cry as I looked through the pictures of women sitting in the mud, their clothes caked and dirty, and their eyes puffy from tears and glazed with exhaustion. The situation was dire, and it looked hopeless.

At left, women are pedaling produce along a main road; At right, the struggle and sorrows of a hard life take their toll

But the Lord had placed an incredible idea on Victoria’s heart—create a covered marketplace where widows and abandoned women could sell their produce and goods, out of the elements and away from thieves and thugs.

I felt ashamed of my silly little “dilemma” as I looked around at the air-conditioned restaurant and freshly cleaned table I was working on, and then pictured the hot, dirty roads those mothers were sitting on—it was a welcomed rebuke.

Victoria wrote that the project was already underway, and she was hoping Heaven’s Family could fund the second phase. Still trying to stand on the legs of my faith, I worried how the ministry would afford it. Who am I, that I could even say yes or no? But yet again, firmly and lovingly, the Lord spoke to my heart that He would never fail to provide for the requests of these hurting women that I bring before Him in prayer. I will trust you, Lord, I whispered.

Only a few moments after, I received an email notifying me that the Widows & Abandoned Women Ministry had received a donation of $20,000. Not only was this money able to cover every disbursement that I had for that month, including the Ebenezer Women’s Marketplace, as Victoria called it, but it laid a solid foundation on which I could confidently go forward with the ministry! I wondered in awe at the Lord’s goodness and thanked Him for using my imperfections as a way to still reach those who are in such incredible need.

I am overjoyed to inform you that the first and second pavilions for the Ebenezer Women’s Marketplace in Uganda have been completed, along with a pit latrine for both men and women, and the construction for a third expansion is underway! Hallelujah! Although there is still much work to be done elsewhere, a large group of women in a small village of Uganda now have cement floors to stand on, a roof to keep them dry, and individual lockers to keep the money they make safe from theft. 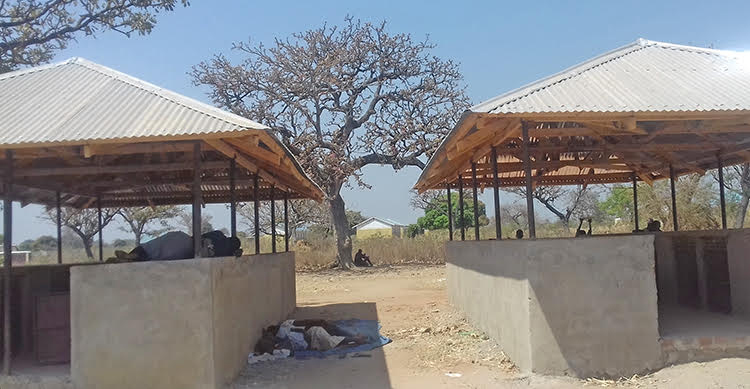 Construction of the first 2 pavilions of the Ebenezer Women’s Marketplace; workers can be seen lying in the shade as a respite from the hot noon sun

For those of you who have given to the Widows & Abandoned Women Ministry, and who continue to be such a blessing to these incredible women, THANK YOU! Your gifts and prayers place you at the center of God’s mighty work in these women’s’ lives—please know that you are a vital part of this incredible ministry. I pray the Lord continues to grow your faith, as you watch how your gifts are changing lives!

May you be blessed today, 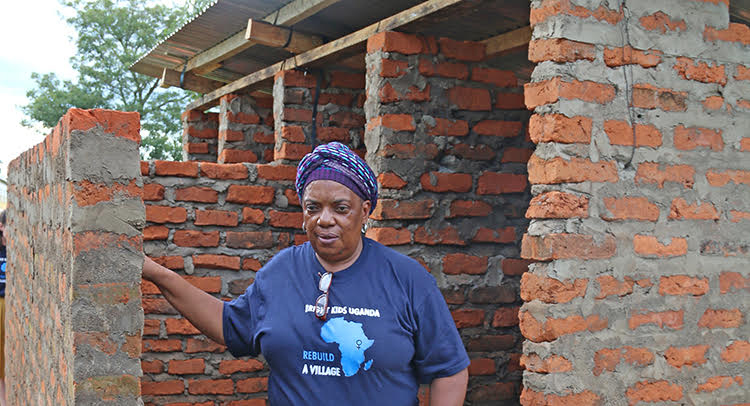 Victoria Namusisi standing in front of the 4 stalls of the pit latrine; construction is almost completed and a second latrine will begin