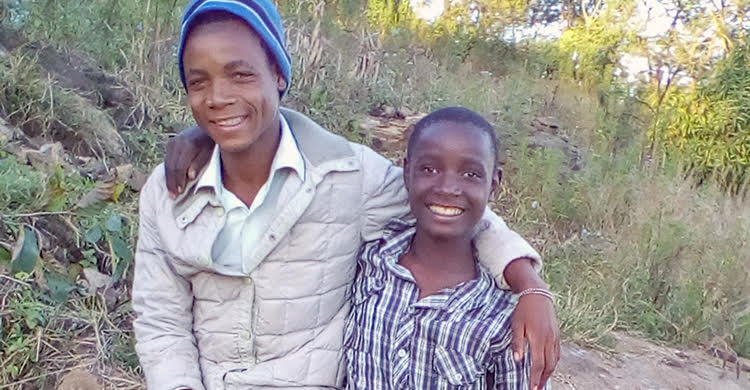 17-year-old Samuel, at right, with his arm around his adopted son Frank, 15—their heights are comedic as the elder is shorter than the younger! The God’s Love Group these boys are a part of continually oversees the arrangement and makes sure the two are doing ok. Together, Samuel and Frank plan to expand Samuel’s FGW farm to increase food production and income.

Life is harsh and brutal for villagers in the remote regions of rural Malawi. Grinding poverty and hunger are everyday realities for the poor farmers there, especially for those in Choiko Village.

In 2012, life took a tragic turn for the worse for 11-year-old Samuel Masikini. Within two months, both of his parents had died from AIDS, leaving him all alone.

Samuel’s parents had fled to Malawi from Mozambique’s bloody civil war in the late 1990s, so no one in Chioko Village knew what region of Mozambique Samuel’s family was originally from, and if the boy had any living relatives there.

Malawi’s poverty is so high that there are no government social services to help orphans like Samuel. For five years Samuel lived alone in his parents’ tiny thatched hut. Hunger forced him to drop out of elementary school so he could find work. Laboring in fields, Samuel made the equivalent of a dollar a day. But when there was no work to be had—and there often was none—Samuel went hungry.

Farming God’s Way Ministry first visited Chioko Village in 2016. The members of the God’s Love Groups reached out to Samuel. There, he received food for his belly as well as his spirit. Soon, Samuel put his faith and trust in the Lord Jesus. He asked if he could join a God’s Love Group, and shortly after that began training in Farming God’s Way. The members of the GLG pitched in and helped Samuel purchase the seed and fertilizer he would need to plant the first crop on his parents’ small field. Samuel showed great enthusiasm, and he soon had a model FGW farm!

In May 2017, Samuel produced 12 bags of maize in his first harvest, giving him more than enough food to feed himself for the next year! But true to his genuine and kind nature, Samuel graciously shared his abundant harvest with many of the destitute, drought-afflicted villagers in his community. His inspirational actions garnered him a most beloved nickname in his village; they call him The Great Orphan Farmer.

A year later and still very active in his God’s Love Group, Samuel harvested 16 bags of maize just last month! At only 17 years of age, The Great Orphan Farmer now has a family again—he is a foster father to another orphaned child. Samuel did this incredible act of charity without any outside help from Heaven’s Family, government agencies or missionary aid. The village headman is so proud of what Samuel has done. 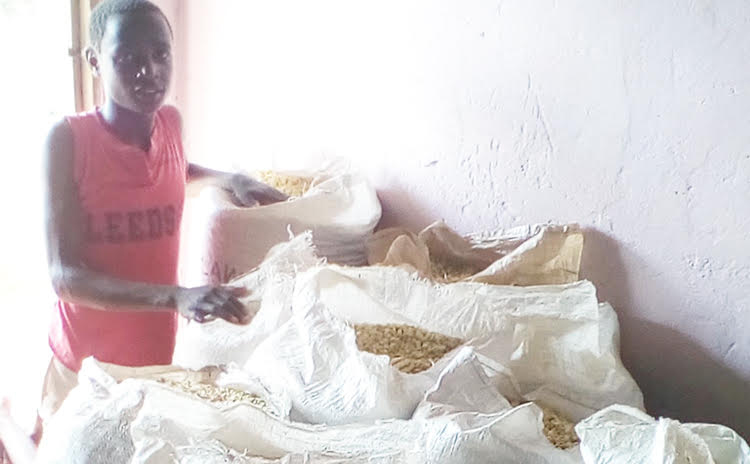 To date, Samuel has returned to elementary school, where he attends with his adopted son! He is doing very well and his field continues to produce a great harvest—from which he diligently tithes and generously gives to those in need. Samuel’s story is yet another fantastic testimony to the transforming power of God working through the Farming God’s Way Ministry and their God’s Love Groups. Thank you for your support of this ministry.