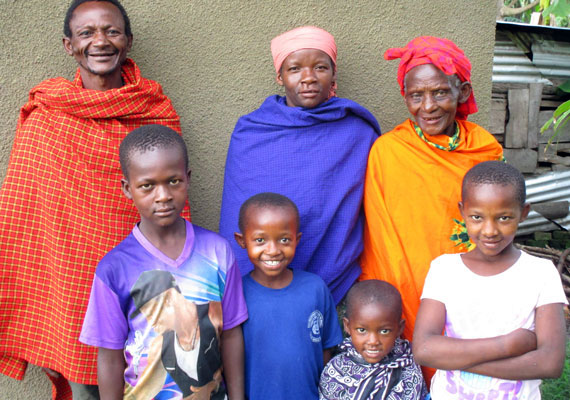 Ester is a brave, determined 10-year-old girl who lives in Ngongongari—a village in Tanzania that is as remote as it sounds. Ester’s father mercilessly beat her, as well as the other five members of her family, and she was feeling desperate for change. So she knocked, one day, on the door of a missionary named Glenn, a Heaven’s Family partner who was planting a house church in her village. “I want to know Jesus and be a Christian,” she told him directly.

Seeing an opportunity to reach her whole family, Glenn arranged to meet them at their home the next morning. After talking a bit, he realized that Ester’s entire family was ripe for harvest that day. Glenn shared the gospel and then all of them, kneeling in the black dirt, confessed their sins, repented and surrendered to Jesus! Ester and her family became active in their new church and her father immediately stopped his abusive ways—wonderful fruit of genuine conversions!

Not every one of Ester’s problems were fixed right away, however. Early each morning she still had to hike 3 miles of rugged terrain to fill her 5-gallon jug with as much water as her thin 10-year-old frame could carry. This was the daily burden for most of the women and children of Ngongongari—an effort made more intolerable because the distant water source often contained bacteria and other illness-causing contaminants.

Glenn told me about the need for a well to be drilled in Ngongongari, but their remote location made the cost of $10,000 prohibitive for the Safe Water Ministry at that time. Unbeknownst to me, however, God was busy looking for someone to help Ester and her neighbors

Enter Eva; another brave, determined 10-year-old girl who lives half a world away in the US state of Alabama.

I learned of Eva and her “mission” from a letter her mother Amber sent to Heaven’s Family. Amber wrote, “My daughter is bent on helping dig a well for clean water. We have been supporters of your mission work now for several years and see you traveling all over the globe…Do you have a place and people who need fresh water?”

Wow! It’s not every day that God plops a solution right in your lap! I was a little worried, however, about giving Eva the incredible task of raising such a large sum, but when I contacted Amber to tell her of my concerns she impressed upon me Eva’s super-sized faith and strong determination. I had to agree to let her try!

Eva got busy right away, enlisting the help of her church and her community through various fundraising efforts. It wasn’t easy, but Eva’s perseverance finally paid off. I gave Glenn the green light, and drilling commenced last spring.

The drilling crew predicted water would be reached at 210 feet, which is quite a depth. But when they punched through to 270 feet and still hadn’t reached water, the crew could no longer hide their concern. The group immediately began to pray, and the request quickly reached my inbox: “[The crew] hit very little water…Please pray for us!” And fervently pray we did! We were reminded of how Jesus had done such amazing things to get us this far, so our faith that God would provide did not waver.

Early the next morning, and as the crew returned to their task, water began to gush from the well that had been dug! “Water is shooting into the air as I type this,” Glenn reported live from the site, “Everyone is smiling as we are bathed in mud and water…Yeee-Haaa!”

At left, the drilling crew’s hard work and patience paid off; at right, the well dedication ceremony 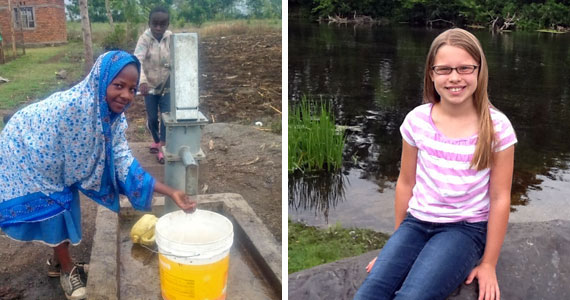 At left, Ester enjoying her village’s new source of safe water. “God bless you and increase you,” she relayed to me through Glenn. At right, Eva, the mighty young woman of faith from Alabama

Drilling wells are just one way the Safe Water Ministry of Heaven’s Family helps to provide access to safe water to those who have none. We also install rainwater collection tanks, and distribute Sawyer water filters that effectively remove many harmful contaminants. But besides quenching the physical thirst of those who lack access to safe drinking water, we are also helping to quench their spiritual thirst. All of our projects are done in collaboration with ministry partners who are onsite sharing about Jesus, our Living Water.