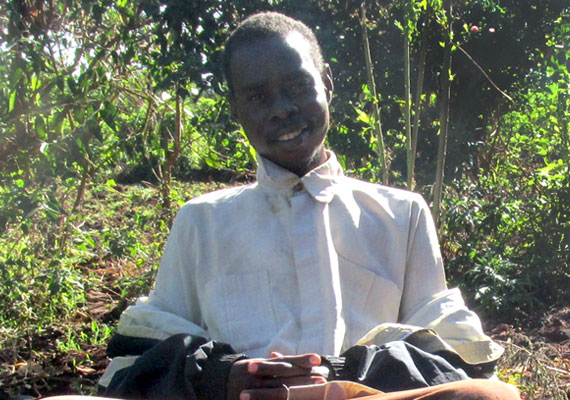 Victor is all smiles and thankful for your compassionate response to his need!

Victor Siniyu, along with his wife and children, are happy to see the end of 2014. That’s because this year has been filled with doctors and hospitals and treatments—and fear.

It all started 8 years ago in Bungoma, Kenya, when Victor was 23 years old. He noticed an open sore on his chest. Medicines didn’t heal it; instead, it just got bigger and uglier. There were no doctors near his village and traveling to the nearest hospital was financially impossible. So Victor just made the best of it and tried to keep living a normal life.

Over the years the open sore became one huge wound that covered his chest. The wound smelled horribly, too, and drove people away from him. Unable to endure the odor any longer, the village chief went to see Marc Carrier, a missionary friend of Heaven’s Family, early this year. The chief told Marc the village was now desperate, and asked for help getting Victor to a doctor.

Marc soon contacted me to see if the Critical Medical Needs Fund could help Victor. I said yes, and we got him to the hospital, where he learned that he had cancer. We knew that this would be a big project, and asked all of you to pray and to give. You did both, over and over again, month after month.

The first step for Victor was debriding (the medical removal of dead, damaged, or infected tissue to improve the healing potential of the remaining healthy tissue), followed by chemo and radiation treatments. And now, less than a year later, he has been declared cancer free by the doctors—and smelling much better, according to those around him.

During the ordeal Victor surrendered his life to Christ and was baptized. Now his fear is gone, and he is spreading God’s word and His love to others. He’s excited about the new year, and thankful that 2014 is coming to an end. But Victor also thanks God for His mercy, which he would not have known without his ordeal, and for the healing made possible by the compassion of those who prayed and gave! 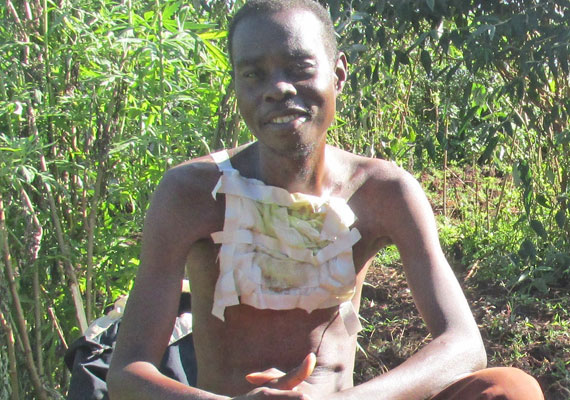 Thank you so much for your help this year. We couldn’t have done it without you. Please pray with me that we’ll be able to help many more like Victor in the new year.

May you and yours have a Blessed Christmas and Joyous New Year,