WARNING: This blog not suitable for children 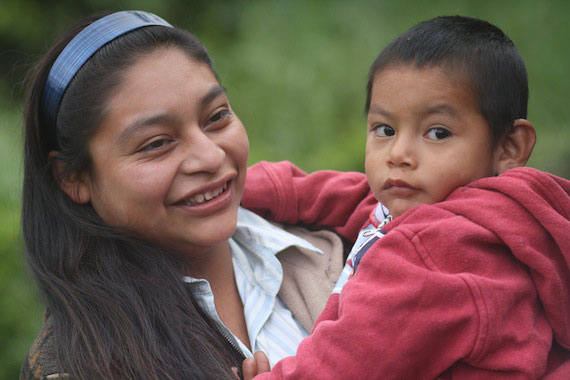 Safe at last: “Josefina and Jorge.” There would be some potential risk for this mother and son if I revealed their real names. Their story is below. I’ve also purposely not revealed the names of any others whose portraits are included in this blog. 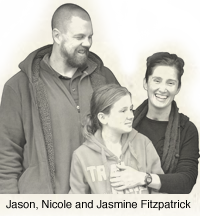 The centerpiece of the Fitzpatrick’s ministry in Mexico is a place they call La Aldea, which translated from Spanish means “The Village.” When Jason first took me to the site of The Village a few years ago, it was nothing more than a remote hillside jungle. Today on that same spot there is a hodgepodge of simple wood dorms, some of which Heaven’s Family funded, and a common kitchen and dining area.

The Village has been borne out of the Fitzpatrick’s conviction that the church is a family, and that those who believe in Christ are expected by Him to lay down their lives one for another, and in particular, to serve the “least of these.” So The Village is a community of Christ’s followers who truly “hold all things in common.”

Most of the 70 residents, however, don’t have much to share in the way of material things. The reason is because they are children, many of whom Jason and Nicole have rescued from horrifically abusive homes.

Two of the tiny residents of The Village

Let me tell you a story about two sisters who now live at The Village, one of whom is pictured at the top of this blog with her son. It might help if you first understood that the impoverished region where The Village is located is a cesspool of idolatry, drunkenness, murder, revenge, abuse, incest, prostitution, and sex trafficking. A very dark place in a very dark nation. (Mexico’s social service agency reports that there are more than 16,000 children engaged in prostitution in Mexico.)

Sisters Josefina and Gabriela were age 6 and 9 when their parents were murdered. They were taken in by their aunt who treated them like animals, regularly beating their heads with sticks, clubs and belt buckles. Josefina consequently suffered neurolgical damage that affects her to this day. The girls never attended school. At night they slept on a cold, hard dirt floor.

Josefina was frequently sent by her aunt up the mountain to “feed the pigs,” where her aunt’s father-in-law would stuff his underwear in her mouth, hold her down, and viciously rape her, often with his drunken friends. This continued for six years, 4 to 5 times a week.

Josefina’s aunt didn’t believe her reports at first, but when she did, found both herself and Josefina threatened into silence by her father-in-law.

Eventually, the family sent Josefina and her sister to Jason and Nicole because she “was lazy and did not want to work any longer.” And she was pregnant by her step-grandfather.

Josefina was welcomed into the family of God at The Village, and the Lord began healing her from inside out as she experienced a love she had never known. A few months after her arrival, Josefina’s baby boy, Jorge, made his grand entrance.

Josefina is representative of many of the other children who live at The Village. A recent email correspondence with Nicole sent shivers up my spine when I read it:

It would appall you if I told you some of the little girls’ stories that I have had to sit through and listen to at night when they first arrive—when they wake up with nightmares—or when the lawyer/psychiatrist probes them for answers and I am sitting there holding them as their new “guardian.” I have to hold them tight to prevent them from chewing their nails till they bleed or pull their hair out by the hand fulls. Sometimes I have had to calmly excuse myself. I walk far away, cry, and put a towel or what ever is nearby in my mouth so I can scream as loud as I can for a minute. Then I wash my face and go in to comfort them and tell them they must forgive and let go. That they are safe now and everything is gonna be alright.

The Village has become a heaven to scores of precious children, a refuge from the hell they knew. Each day they are fed by faith. Heaven’s Family is helping in that regard through gifts to our Food Fund. We are also pursuing finding monthly sponsors for some of the children through Orphan’s Tear.

You Can Visit The Village Next Year…

I’d wish every Christian who, like me, lives in Disney World, could come here and visit the poor indigenous Mexican saints whom the Fitzpatrick’s serve, and live at the The Village for a few days. I’m thinking about having one of our staff members organize a mission team to visit here next June for a week. If you think you might want to join that team, let us know. It will be an easy trip to get here, just a couple hour’s flight from Houston to Mexico City. And then a few more hours by van. You will fall in love with the children and saints at The Village. You may not want to ever leave. (Fear not, there are a few modern conveniences here, even hot water…as long as their are enough dried corn cobs to burn.)

Part of your mission on that June mission trip, however, will be that you raise and bring at least $2,000 with you that can be used for some good purposes to serve the “least of these.” The Fitzpatricks also have a Village #2 and Village #3 going in other locations. Do let me know if you are interested, and if there is enough interest, we can start making plans. Email me at [email protected].