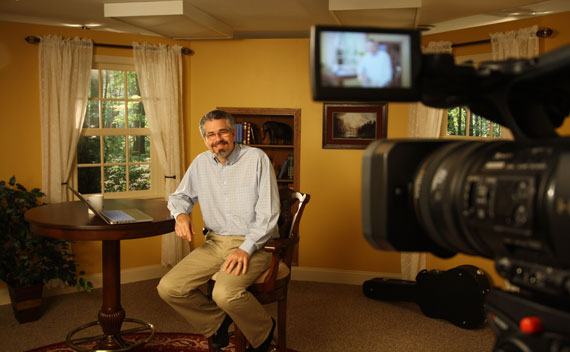 On our little set where HeavenWord is taped

2010 was Heaven’s Family’s eighth year of ministry, and it certainly was our most fruitful one, due to God’s goodness and the 1,461 people who gave a combined total of $1,529,193. Because of your sacrifices, thousands among “the least of these” within our world-wide family are thanking God that their very pressing needs were met in answer to their prayers.

As you know, when you contribute to any of Heaven’s Family’s restricted funds, nothing is taken for the administration of your gift. 100% benefits those to whom you’ve directed it. All administrative costs are paid from our General Fund.

We’ve done our best to keep our administrative expenses as low as possible. In 2010, our highest-paid employee earned $33,438, and that person was not me. That person, like many others among our staff, could easily make twice his salary if he used his skills elsewhere.

We added five new employees since this time last year, but at no expense to Heaven’s Family. All five raised their full support from friends and family, including the support they need to travel overseas several times each year to connect with our indigenous partners. Four of those five, namely Dick and Patti Samuels as well as Bob and Carole Collins, are re-firing at an age when nobody would fault them for retiring! The fifth, Jody Walter, is an intern learning web development under the very capable tutelage of CJ McDaniel. Like our other twelve staff members, they are God-sent.

Heaven’s Family began as a teaching ministry to pastors in poor nations, and it was originally named Shepherd Serve, which today is only a part of the ministry of Heaven’s Family. Birthed from my teaching on Christian stewardship, Heaven’s Family was created as a means for true believers to respond to Jesus’ teaching about the future judgment of the sheep and the goats. God has certainly blessed our work.

I’m a teacher at heart, and for some time I’ve desired to focus more effort on teaching—beyond what I’m already doing. So over the past few months, we’ve been building a small video studio in our rented office space, and we’ve just begun to produce twice-weekly half-hour teaching broadcasts. You’ll soon be able to subscribe (for free) to our video podcasts, either in a twice-weekly half-hour format called HeavenWord, or in a daily seven-minute format, called HeavenWord 7, which will be perfect for a daily devotional on your computer screen. Besides the internet, we also intend to explore other broadcast outlets, such as satellite networks.

To be perfectly honest, it seems to me that much of what is being passed off as Christian television programming these days serves Satan’s purposes more than God’s. It is often unbalanced, unbiblical, and promotes a false gospel. It is high time for some of us to rise up and counteract the sad trend of “Christian” broadcasting. Our HeavenWord broadcasts will consist of a chronological study through the entire New Testament. If you would like to help with the expense of this new endeavor, you can do so by clicking here. As always, what we do will depend on what you do! Thanks so much.

Finally, we covet your continued prayers as we labor together, doing the works of Jesus. He told us that “the night is coming, when no man can work” (John 9:4). Although it may seem that the darkness is increasing, we still have daylight. Let’s keep working! — David