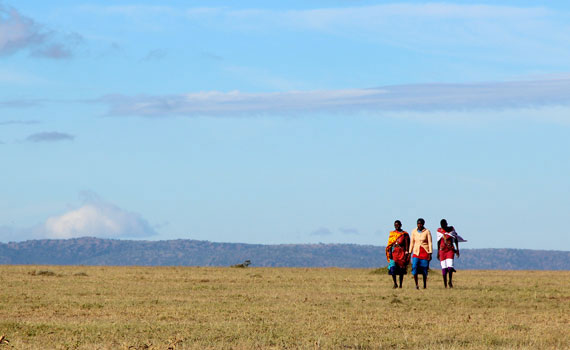 “The only school I’ve been to is the school of Maasai: As a baby…they pulled out my bottom tooth to prevent death in case of lockjaw; when I turned 18 they circumcised me; and before I could become a woman they sold me to a husband I had never met.” Those were the words of Rose, a young Maasai woman, when asked about her former education.

Threads of Hope is an organization Heaven’s Family is partnering with to begin a micro-bank in the beautiful plains of Maasai country in Kenya. Rose is also one of the 166 Maasai who attended our Small Business Training in March, receiving a certificate that she can display in her future sewing shop.

Despite their struggles, the Maasai have a rich heritage, personified in the colorful fabric and beautiful jewelry they wear. They have lived on the plains of Southern Kenya for thousands of years and have learned to adapt and thrive in its harsh and unforgiving environment. Accustomed to the nomadic life as cattle and goat herders, the Maasai have also had to adapt to the sudden demarcation of their land by the Kenyan government. This change in land policy has drastically impacted the livelihood of the Maasai, forcing them to learn to settle down in one place, invest in their own land, and look for alternate sources of income such as retail and farming. Because of these forced changes, the Maasai were overjoyed when they heard about our training and the opportunity we were providing for them to take out small business loans. 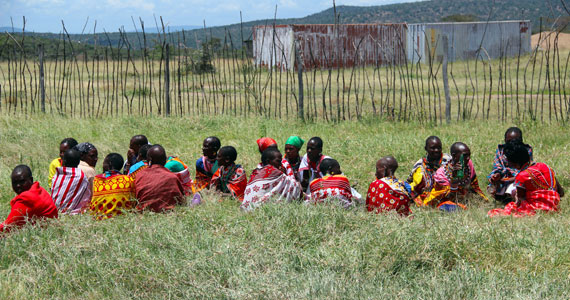 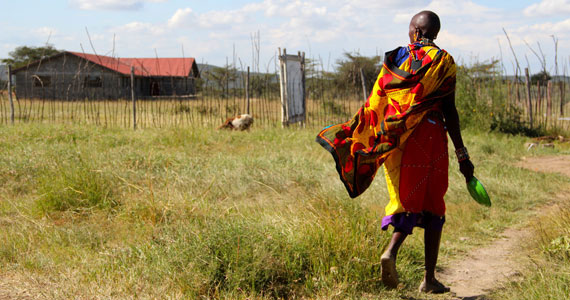 One of the brilliantly garbed Maasai women

Though over half those who attended were illiterate, the men and women sat in rapt attention as we moved through each training session and stressed the importance of serving the Lord through business. Our interpreter translated into both Swahili and Maasai for those attending. Later that day, Jehosephat, an elder in the community told us, “This is not the normal thing. This is very special for us. There is a reason we are here.”

At left, a small business training session; at right, Terry Steward, co-director of the Micro-Loan Ministry, with a Maasai woman

After the training we were warmly thanked with gifts and embraces. A few of the women gave us each a plaid Maasai blanket they are well known for, and proceeded to tie them around our necks in traditional fashion. We were also presented with Maasai Threads of Hope satchels with Heaven’s Family embroidered on the side. 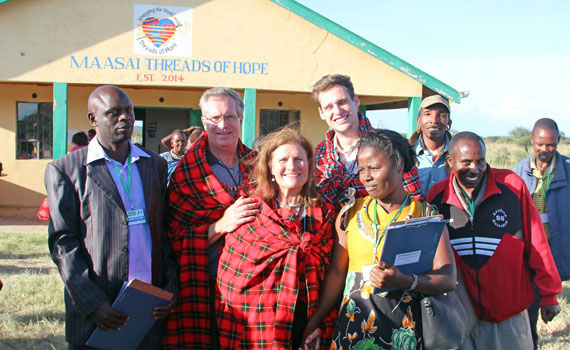 Myself, center, with Micro-Loan Ministry directors Dan and Terry Steward (to the left of me), as well as Threads of Hope employee, Cornelius (far left), and other Maasai who attended the training

Over the next few months we hope to begin offering loans to the Maasai living around the Threads of Hope school. Deb Daren, the head of the school, has already received over 70 business plans from her neighbors and is excited to begin working with them in this new venture. We plan to begin a Heaven’s Family/Maasai Threads of Hope micro-bank by the end of the year.

Thank you for your prayers!

A Rope in a Pit
Banking on Haiti