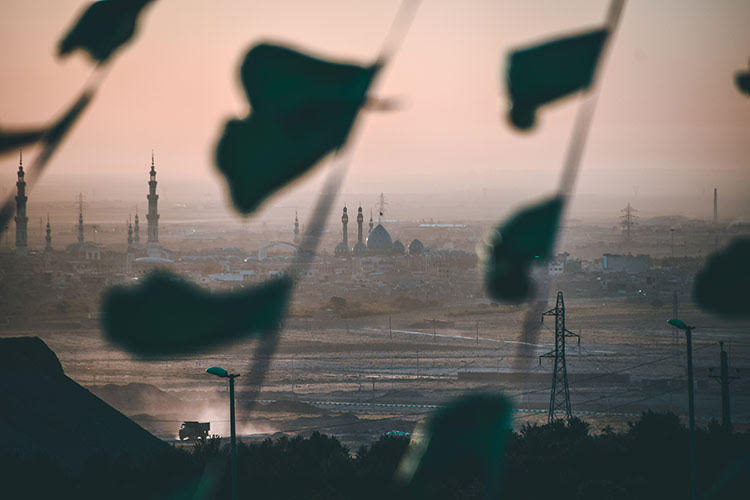 A letter from an undercover missionary

I want to share a very special letter I received from an undercover church planter located in a hostile region of Africa. Matthew (named changed for protection) is supported by Heaven’s Family as he risks his life to spread the rescue message of Jesus Christ. I hope his story will encourage you as much as it has encouraged me.

I was born from Muslim parents 28 years ago, and grew in a Muslim community. I have a wife and am a father of a son. One Muslim man whom I knew from my childhood told me that he is no more a Muslim. It was a shocking moment. However, he opened both the Bible and the Qur’an and told me about Jesus. Although in the beginning I was so hostile about his sayings, I calmed myself and wanted to know more. Day by day my life changed. 2013 was the turning point and I surrendered my life to the Messiah.

Then I decided to introduce my life-changer, Jesus, to other Muslims. After I was recruited as a church planter, I spread hundreds of Bibles secretly to Muslims. I was traveling a lot and used to enter mosques to make friendship with some men, and started to tell them about Jesus from the Qur’an. So far, I brought 75 Muslims to Christ. Many of them are following Jesus boldly, while 21 of them preferred to stay in the Mosque. They are afraid of the heavy persecutions they may face.

My relatives tried to stop me from my new faith. I repeatedly told them that I did not change my religion, but have become the follower of the Messiah. They did not understand me. My parents denied me their parenthood. Almost all of my relatives were speaking against me until they put my life in danger. They were asking me to denounce Christianity. I was displaced from my living area. I have been in prison twice for the sake of my new faith in the Messiah.

God has been with me in all these years. I am speaking about Jesus to Muslims like a crazy person. I like to talk about His lifegiving love. If I do not, I feel sick. My plan is not just to speak about Him, but to empty a mosque. The One whom I follow cares for my life. I definitely know Jesus called me to evangelize Muslims. Although Christianity brings persecution, Jesus gives life and peace. Whatever it is, I am ready to die for Him that loved me and called me to serve Him.

Matthew’s mission has been made possible because of incredible supporters just like you. He sends his gratitude for helping him meet his basic needs through the end of the year so he can focus his full attention on his dangerous mission. But two of Matthew’s friends (Kenni and Stephen) have joined his mission in nearby regions and are also in need of support. With a donor sponsorship of just $30 each per week, we can equip these incredible young men to offer hope to many living in darkness.