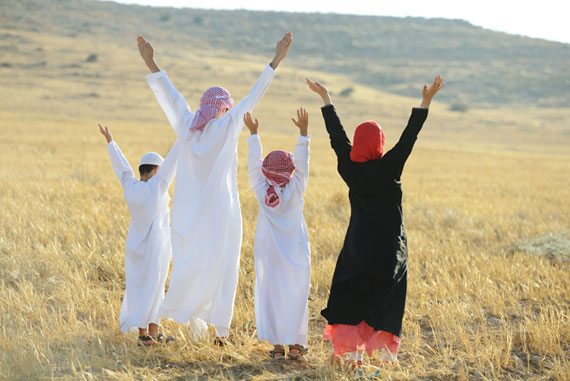 For security reasons, names in this article have been changed

Akilah screamed and wailed—despite her husband’s frantic attempts to quiet her. But it was too late. Surely their neighbors had heard. And Ishaq could hardly blame his wife for her outburst. For months he had delayed making his dreaded confession to her. Now there was no turning back.

Born into a Muslim family in North Africa, Ishaq’s reputation as a devout disciple of Muhammad was well established by the time he became a young man. It was no surprise to anyone that he pursued Islamic studies to ultimately become an esteemed Muslim apologist and Imam who headed several mosques. His notoriety peaked during a public debate about Jesus’ deity with a Christian pastor. Ishaq was so persuasive that many professing Christians in the audience converted to Islam, publicly denying that Jesus was the Son of God. Their conversions elevated Ishaq to hero status in the Muslim community.

But one man in the audience found a crack in Ishaq’s armor, asking him after that debate, “Why does the Quran refer to Jesus as the word of God? Wouldn’t that make Him Creator rather than one who was created?” Ishaq dismissed the question with his practiced intellectual coolness. But it unnerved him, and he pondered it, troubled, as he walked home.

That same night, Ishaq had a dream. A man dressed in bright white spoke to him, “I am the Messiah! Why are you fighting Me, converting Christians to Muslims?” True to his prideful self, Ishaq brashly replied, “I will teach You!” But the mysterious man in white countered, “No, I will teach you! You don’t even know what the Quran says about Me!” Then He proceeded to recite verses from the Quran, proving to Ishaq that He was much more than just another prophet.

The next day, Ishaq searched the Quran for himself. To his surprise, every verse he’d heard during the night’s visitation was there. How could he, a renowned teacher of Islam, not have seen these verses before?

Jesus appeared to Ishaq twice more in dreams, and as Ishaq began studying the Bible, comparing it with the Quran, he became a believer. Yet he continued leading weekly services at his mosque. The third time Jesus appeared to him, He warned Ishaq that He would not tolerate him keeping quiet about the truth. Ishaq knew he must first tell his wife, then the Muslim community.

The next morning, Ishaq confessed to Akilah the faith that he had been hiding. And when a crowd of neighbors converged in response to her screams, Ishaq also shared the gospel with them. Everyone was shocked, and they begged Ishaq to consider the dire consequence of his apostasy. But there was no turning back for Ishaq. And he knew that he had no choice but to flee to another region of his country, leaving his wife and children behind.

Ishaq remained faithful to his calling in exile, sharing the gospel every chance he was given. As his reputation grew as a former Imam who converted to Christ, so did the death threats. He ultimately had to flee again, this time to another African country where I met him. There he is very active in evangelism among Muslims, but he keeps a lower profile and does not advertise that he was formerly an Imam. Heaven’s Family has put some tools in his hand, enabling him to expand his Muslim outreach far and wide.

After 6 years of separation from his wife and children for the sake of Christ, gifts to Heaven’s Family’s Refugee Ministry have made it possible to reunite them in the nation of Ishaq’s exile. Now Ishaq has a chance to influence his children and his still-Muslim wife, whose heart was open enough to agree to the reuniting of her family. Please pray for Akilah and the children!

Today’s refugee crisis is second only to the one that followed World War II. Gifts to Heaven Family’s Refugee Ministry are helping us serve refugees in Syria, Lebanon, Jordan, D.R. Congo, India and East Africa with food, shelter, hygienic supplies, vocational opportunities and spiritual encouragement. We are not only serving Christian refugees, but also Muslim refugees whose hearts are opening to the gospel in response to an outpouring of the Holy Spirit and caring, compassionate help they are receiving from Christians.

Help meet the pressing needs of displaced and persecuted Christians: