Please note: We are unable to post David’s 1st, 2nd, 5th and 6th blogs from Lebanon/Iraq because of security reasons. 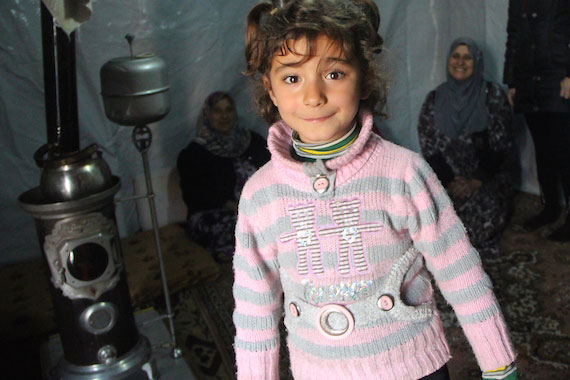 Please read below to learn about this little Syrian girl, her smiling mother, and the kerosene heater on her right

Lebanon’s Syrian refugees are different, generally speaking, than refugees in places like Africa. Many Syrians fled from very adequate houses and farms. Some had cars, which they drove to the safer places where they now live. Some brought their savings (although many had savings stolen at gunpoint at ISIS checkpoints).

Better-off Syrian refugees might now be renting an apartment in Lebanon (at an inflated price, however, due to higher demand). Many have entered Lebanon’s workforce, and because they’re willing to work for less than Lebanon’s minimum wage (about $600 per month), they’re taking jobs from Lebanon’s lowest-paid workers.

There are, however, other Syrian refugees who were poor in Syria and are poorer still in Lebanon. They live in tents or abandoned buildings. Some beg to survive, approaching stopped cars at intersections. Some are mothers carrying babies. Thank God that Lebanon’s Spirit-filled Christians are doing what they can, with the help of European and U.S. donations, to meet the most pressing needs. 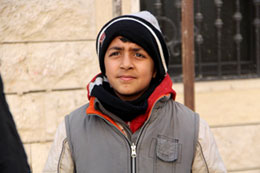 While standing outside a school for refugee children that is housed in a church in Lebanon’s Bekaa Valley, the pastor of that church and I were approached by an 11-year-old Syrian boy. He asked us for a job, telling us that he needed to earn money so his family could eat. Inquiring further, we learned that he had traveled 20 miles alone—by foot and bus—from his family’s tent to where we were. His father had been killed in Syria a few months ago. He, his mother, and at least one other sibling had fled across the border. Twelve days ago, his mother gave birth to a little girl.

As we watched him walk away carrying two bags loaded with food, that Lebanese pastor bit his lip and said, “That boy and his family represent tens of thousands just like them.”

Later that same day, we visited some nearby refugee families who live in tents and who are being served with monthly food parcels, a ministry administrated by the same church that is running the refugee school. In one tent we found a gracious, joy-filled mother, along with her two daughters, her mother, and her blind uncle. Her husband had abandoned her and their children for his second wife (Muslims are allowed four). Her grace and her countenance had me wondering if her heart had opened to the Lord. She welcomed our offer to pray for her and her family. When I said “Amen” and looked up, she was wiping tears from her eyes.

As we were preparing to depart, the Lebanese pastor translated for me something she had just told him. She said that the portable kerosene heater in the middle of her tent (see photo at top) wasn’t working properly when it was delivered to her a few days earlier, but that she had cleaned it up, and now it was working well and ready for another tent family. She was smiling as she spoke. Confused, I asked for clarification. The pastor told me that they have a limited number of kerosene heaters, so they are being shared on a rotational basis.

As we said good bye, the heater was detached from its exhaust pipe and carried outside—through the snow—to be placed in the trunk of the pastor’s car. I followed, thinking about how cold it would soon be inside that tent, determined to provide that abandoned mother her own kerosene heater.

When I told Becky (my wife), who arrived in Lebanon a day later, she decided to try to raise money through our Christian Refugees Fund (that she directs) for 75 such kerosene heaters. If you visit the Pressing Needs page on our website, you will see her appeal. One heater costs about $100.

Thanks for joining us on this journey. We’re soon on our way to Iraq.