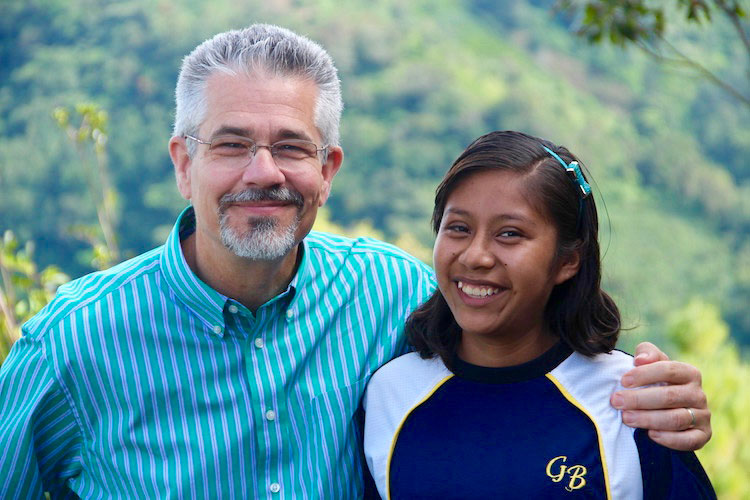 When I first met Irasema in 2008, she could not walk or lift her head

Any time that I visit Mexico missionaries Jason and Nicole Fitzpatrick, there is one special little girl whom I must always see. Her name is Irasema Flores Ramirez.

The first time I met Irasema was in September of 2008 at an evening evangelistic meeting at which Jason was preaching. Irasema was 6 years old. She was being held in the lap of her listening father as he sat at the edge of the crowd, and I could tell that something was very wrong. Her entire body was limp, like a rag doll.

During the singing prior to Jason’s preaching, I watched Irasema’s father take her hands in his to make her clap along with the songs. After the meeting, he carried her home in his arms to their tiny shack. The hopelessness of her condition coupled with the family’s poverty made it hard to hold back tears. 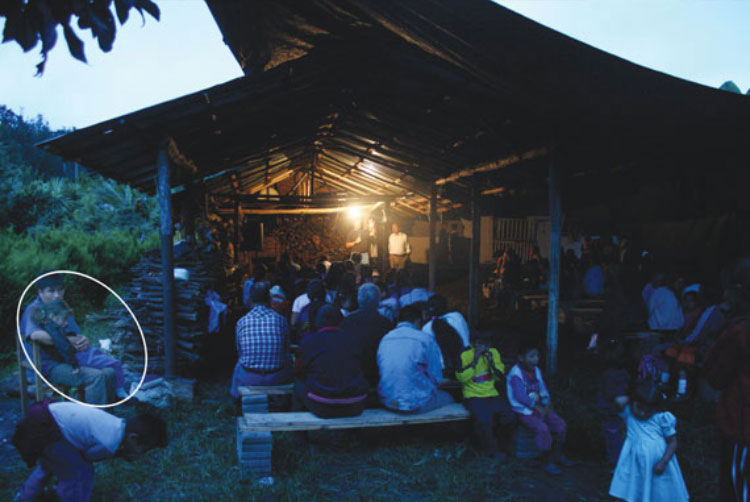 Here’s a photo I took in 2008 of Jason’s evangelistic meeting, with Irasema being held by her father on the far left

I asked Jason and Nicole if they knew what was wrong with her. They had already paid to take Irasema to a local doctor, but he could produce no diagnosis.

At one time, Irasema was a perfectly normal little girl. But one day she started losing her balance, and her condition progressively worsened until she was unable to do anything. Now she was hardly eating and was losing weight.

So I offered to pay what her parents could never afford, the expense of taking her to a city some hours away where there was better medical care at a children’s hospital.

Some weeks later I heard from Nicole that Irasema’s condition had been diagnosed. She was afflicted with dermatomyosits, a connective-tissue, muscle and nerve disease. The doctors told Jason and Nicole that the disease had progressed untreated for too long. But they put her on two medications and daily physical therapy, which Heaven’s Family also funded.

Within two months, Irasema was able to stand on her own and walk a few steps. Our Critical Medical Needs Ministry continued funding her medication and therapy for years. Eventually Irasema was able to run and play like other children. Yesterday I visited her at her school, where she is in 9th grade and doing well. And I also visited her parents, and they are prospering by growing plants, including coffee, of which they gave me a freshly-ground bag. Irasema’s father is now a pastor.

Thanks for reading my three blogs from Mexico! My next overseas trip is not until November to the Philippines.

A Village Story
Today I Tricked My Translator