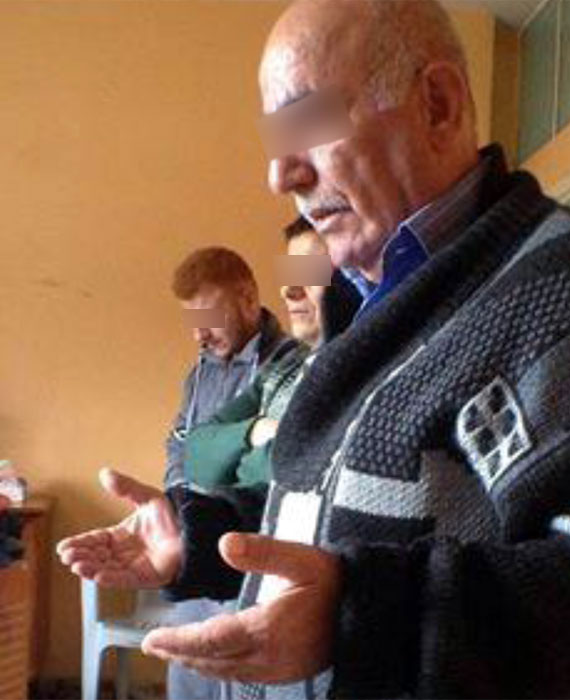 Amir and his family worshiping in Jordan

An Iraqi family is forced to make a desperate decision

When ISIS violently invaded Iraq, the city of Mosul, with its large population of Christians, was an early target. Mosul was prosperous, and Christians owned most of the successful businesses.

Amir owned one of those successful businesses in Mosul. He also owned his own home and some land, and a large extended family lived nearby.

Then ISIS arrived. They threatened Amir and his family, giving them the standard 24 hours to either convert to Islam, pay a heavy fine, or flee the country. To stay without converting would mean certain death.

So Amir packed up his car with as much as he could, then fled with his family to Kurdistan for safety. After living in Kurdistan for one month while awaiting visas, they then crossed the border into Jordan.

Although now safely in Jordan, this family has lost almost every material thing they had worked for all of their lives. Amir struggles to pay the rent on their small apartment. But even in his struggles, Amir has said that money, the businesses and possessions are not important. He said that they had plans for their lives, but God has a different plan—and His plan is always better. “We are willing to give these things up for the glory of God. It is eternity that matters!” He declared.

Thank you for your support of the Christian Refugees Fund, through which we have been able to come alongside Amir and his family in their struggles. We have been able to provide a propane heater and tank, warm clothes, a food box, blankets and a couple months’ rent.

Please pray for Amir and his family as they begin a new life in a foreign land. Ask the Lord to send His people along the way to encourage them and help them.

As you receive this, my husband and I will be in Jordan meeting these very people. Would you pray for my time there? Pray that God will use us to encourage and serve these precious people, and that His purposes will be accomplished.

Thank you so much!