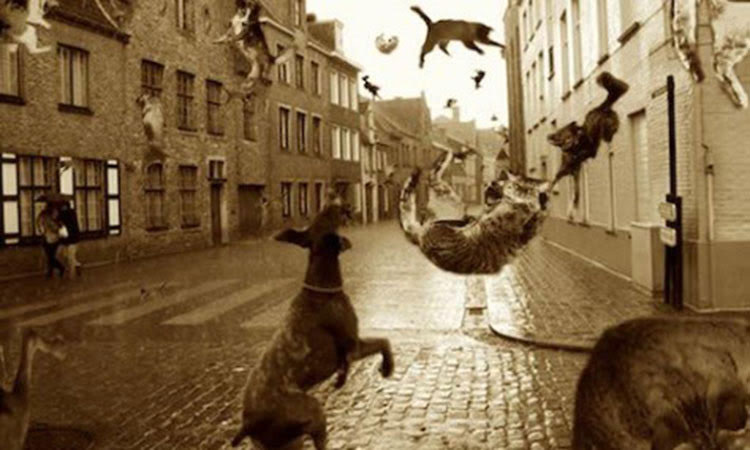 Remember the saying, “It’s raining cats and dogs”? That happens often during Nepal’s rainy season, which begins every year in June and runs for 4 months. The rice and other crops that sustain the Nepali people depend on the rainy season.

In Jesus’ kingdom, it’s raining “cats and dogs” right now in Nepal. Although recently hostile to the spread of the gospel there, the country has been listed by some mission experts as the most fertile and home to the fastest growing Christian movement in Asia. But the challenge is great. Generations have been held in darkness and fear for 1,000 years. Persecution is on the rise from the radical Hindu and communist government leaders that have come to power. Spiritual rain is desperately needed now more than ever.

Timothy, a long-time Heaven’s Family undercover national missionary, has found an incredibly effective strategy for reaching the 124 different people groups of Nepal. He has developed teams that take the gospel throughout the nation, one person at a time. In order to reach unreached people groups, his teams venture to remote villages in mountainous terrain and share the gospel using simple tracts and scripture portions. Often these brave missionaries stay 3-4 days saturating these spiritually famished areas with the ‘bread of life’. Using a very simple method leads to a great harvest. Brother Timothy’s team goes door to door with the scripture portions and tracts Heaven’s Family has provided, this leads to individuals and often entire families responding to the gospel, which leads to a discipleship small group or Bible study, which ultimately leads to a new church plant. Even the spiritual hungry in the Hindu and Buddhist strongholds of Nepal are receptive.

At left, Timothy shares the gospel with an old man; at right, approaching poor villagers in remote Nepal

Timothy tells us: “Mrs. Nirmala Sunuwar is a Hindu lady we found in her house while doing door to door evangelism. After witnessing to her, I asked, ‘can I pray for you?’ She shared with me that she was suffering from many demonic attacks. ‘I want to be free from the demonic spirit,’ she said. I prayed for deliverance twice. Now she is free. She promised that she will come to the church.”

This is just one example of the reports we receive month after month as we walk beside our brothers and sisters in this fruitful area.

Thank you for being part of Pastor’s Timothy’s critical mission. Through Heaven’s Family’s National Missionary Ministry, you’ve helped ensure that the hope of the gospel spreads across Nepal. The light has come, rains have started. Let’s continue to help keep Nepal saturated with the hope of Jesus.

So let it rain!

Dunkin’ Disciples
They Are Still Waiting for the Good News.