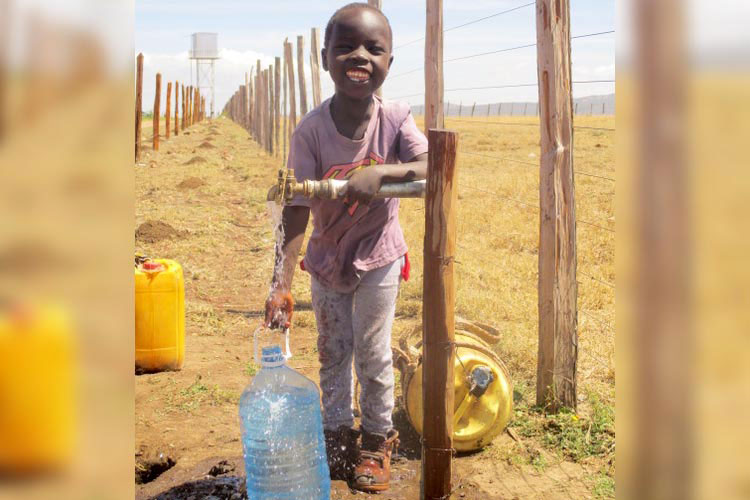 You helped put this BIG smile on this young boy’s face! He is carrying clean water home to drink!

Ngowsani West is an arid, remote and impoverished village located in Maasi Mara, Kenya. The indigenous Maasai tribe here are famous for sticking to their tribal traditions and animist religion, but the spreading of the gospel is making a major impact in this place through our hard-working ministry partner, Deb Deren, who was called to plant a church here 4 years ago. The ministry has sometimes battled against great opposition from some angry tribesmen, who resist any outside influence, including the Good News about God’s kingdom, but the Lord has caused the ministry to flourish as they steadfastly continue the work while trusting in the Lord.

Obtaining water has been a major key to moving the ministry forward since starting the mission, and now, thanks to gifts to the Safe Water Ministry, a deep well has been drilled, a large water storage tank has been built, and a solar pump. The pump’s solar cells convert the abundant rays of the sun into energy that pumps abundant, clean water from the well into the storage tank to satisfy the thirst of people, livestock and crops.

The blessing of plentiful water in the middle of this arid place makes the nearby church an oasis where thirsty seekers can find spiritual refreshment as well!

The gift of water from the ground and the gift of Living Water—what could make for a more wonderful Christmas?

Thirsty no more! Maasai tribal families in Kenya collecting clean water at the tap of the new well completed in time for Christmas. Previously, the closest borehole was over 3.5 miles away, and the people relied on hand-dug holes to catch rainwater during the rainy season.

At left, a Maasai brother in Christ watering the newly planted crops last November—crops were immediately planted as the well was being finished (until now, growing and cultivating crops was NOT possible); at right, in December—just this month—the crops are growing well thanks to sunshine and WATER! Thank you Lord! 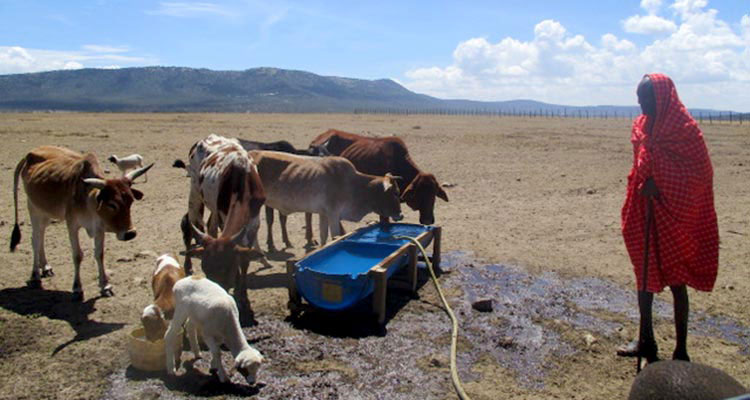 Your gifts to the Safe Water Ministry can change lives…thank you so much to those whose generous contributions brought the blessed gift of safe water to many in 2017. Merry Christmas and a Blessed New Year to you and your family!

Good Will from a Good Well
Water Changes Everything