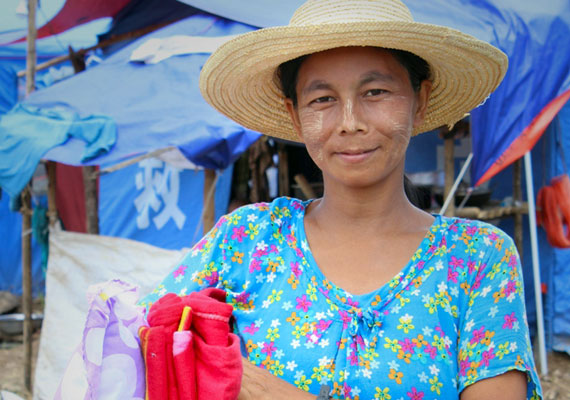 “Like a bomb explosion…” That’s the noise that woke Daw Thien Nu, pregnant with her third child, in the middle of the night on August 25th. They had moments to reach safety—somewhere out there in the darkness.

You may recall the historic floods last month that swept away homes, buried others in mud, and cut off primary access roads in remote areas of Myanmar.

Tuikhing Village was spared the initial devastation, however, thanks to a dam that held back the water—that is, until it finally burst weeks later. Daw Thien Nu lived with her family in Tuikhing. She survived, and this is her story, translated into broken English…

We were sound sleeping, we heard a very loud noise like bomb explosion. After that, my neighbours shouted to us to go outside quickly since muddy flood is flooding in the village. My husband grabbed our two children to a safe place and then he tried me to grab. But when he returned to me…the muddy [water] was almost 5 feet high so I told him not to grab me, but run with the kids as [fast as] possible…God would save me…

Above, flood waters raging through Tuikhing Village the next day, trying hard to sweep away the few remaining buildings; below, rescue teams search days later through what little remained

I found a tree which is about 40 feet [tall] and I climbed till the top. All the people in the village were gone. They thought that I already died. I spent 5 hours at the tree, but the Holy Spirit really dwelling with me. I have no afraid. I just pray, and sing the hymns.

After the 5 hours, a volunteer team arrived with my husband and then they save me! Thanks so much for granting blankets, pillows, medicines, and purified water. God bless you all! 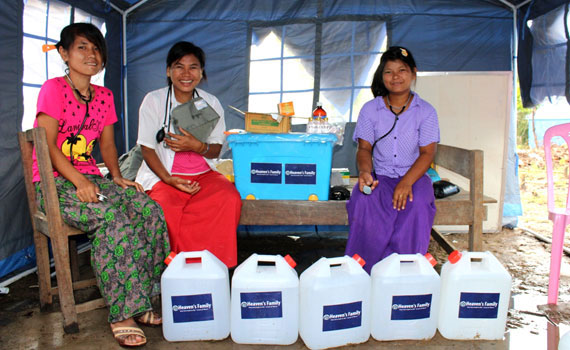 A makeshift medical clinic supplied with medicine and safe drinking water, thanks to Heaven’s Family

Thank you Lord for such a testimony! I’m grateful to Jesus that we could help Daw Thien Nu and the many other survivors of Tuikhing Village in the days that followed. I want to thank you for your wonderful partnership with the Disaster Relief Fund that made this blessing possible!

Relief Pours In
Not Forgetting Nepal