No diaper? No problem! [David’s First Blog from Myanmar]

No diaper? No problem! [David’s First Blog from Myanmar] 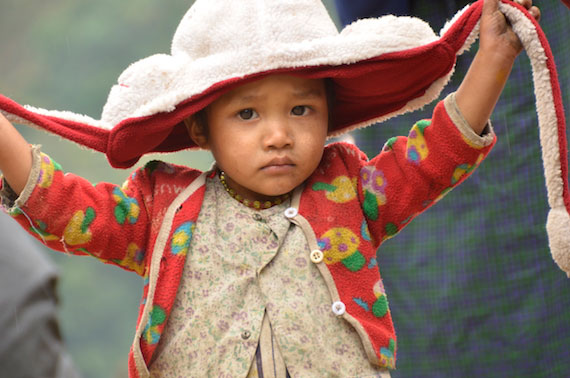 A little Chin girl with an oversize hat

No diaper? No problem!

Greetings from Chin State, Myanmar’s poorest region, and home to some very interesting cultures and languages. Many of the people here live in primitive, remote villages that are only accesible by trails that snake through the mountainous terrain. For the most part, Chin State’s people are slash and burn subsistence farmers.

We first discovered the Chin people more than a decade ago, not in Chin State, but hundreds of miles away, when we met their children who were living in orphanages that we supported. We were quite surprised to eventually learn that most of the orphans who live in Myanmar’s hundreds of orphanages are not orphans at all, but children with very poor parents who live in villages that have very few educational opportunities.

In Myanmar, Christian orphanages in larger towns and cities have become an industry, all unwittingly supported by well-meaning Christians in more prosperous countries. Heaven’s Family was among them, but once enlightened, we changed our strategy. That is one reason I’m now here, traveling jeep and motorcycle trails with a team to villages where residents have never seen people with white skin.

Part of our strategy to turn the orphan tide includes offering poor Chin parents micro loans so that they can lift themselves from poverty through sustainable small agro-businesses. As they prosper, they build schools and hire teachers. The result is that the flow of children into orphanages begins to slow, and younger children already living in orphanages begin to return home where they belong. Over the past few years Heaven’s Family has invested hundreds of thousands of dollars in micro loans that have benefitted the poor in almost 50 Chin State villages populated primarily by professing Christians. The tide is beginning to turn.

This trip involves a first. We’re offering micro loans in a village that is 70% Buddhist and 30% Christian. We’re working with a Chin missionary and a Chin pastor who are both serving in that village. Our goal, of course, is to soften Buddhist hearts to the gospel with our kindness. By all initial indications, we’re off to a good start. The village pastor, a Methodist, was thrilled to see his church building packed with people during my presentation. Many had never been inside a church building in their lives, as they are Buddhist. I seized the opportunity to share about Jesus, the One who has motivated us to love our neighbors as ourselves. I really sensed the Holy Spirit’s help before a receptive audience.

Below are a few photos from our first days here. Thanks so much for your prayers. 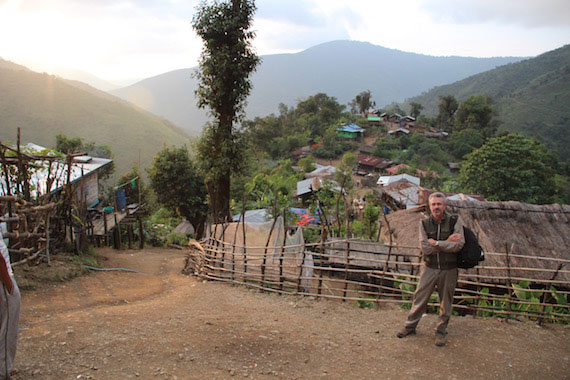 This is Cheng, a very typical remote village in southern Chin State. 54 families live here. We’ve offered an initial loan of $6,000 to Cheng’s elders, which means that about half of the families will subsequently receive a loan of $200. Amazingly, that small amount can help them start a little business. Some will, for example, buy piglets and sell them for a profit one year later in a nearby town where there is a market. Those who repay their loans will receive second loans that are twice the size as their first loans. 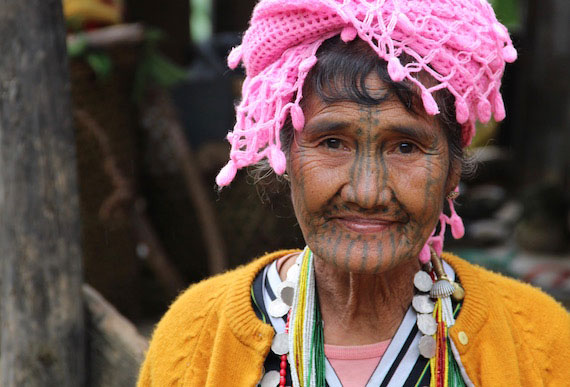 Many older women in southern Chin State were beautified at a young age with facial tattoos, a tradition that is thought to have started hundred of years ago as a means of protecting young Chin girls from abduction by warring neighbors. What was originally a means of uglification eventually became a mark of beautification, but one that is now dying among Chin people. 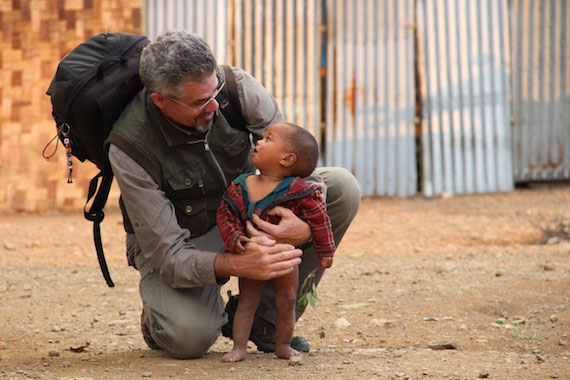 No diaper? No problem! How do the poor in developing nations afford diapers for their babies? It turns out that diapers really aren’t necessary, a fact that I am disguising with my hand as I terrorize this little boy in Cheng. Baby by-products don’t ruin anyone’s carpeting, since no one has carpeting…