Keeping cool in Israel: despite the scorching sun at midday in Jerusalem, the two young conservative Jewish boys at left know how to strike a cool pose!

The land of Abraham, David, Elijah and Jesus is also the land of Leon, Kirill, Slava and Denis.

Modern Israel, I’ve come to find out, is not just the romanticized land of the Bible, but it’s also a messy melting pot of people who often carry a lot of pain, and have found various self-destructive, addictive ways to suppress it—at least for a few hours. Take away modern technology, however, and life is not all that different from Jesus’ day—instead of Samaritans there are Palestinians; instead of lepers there are drug and alcohol addicts. And then there are the women who, just like 2,000 years ago, feel they have no option for survival but to sell their bodies by the hour. For many Jews and Christians, these kinds of people are to be avoided.

But the truth is, Jesus wants us to love these “untouchables” of our day just like He loved those of His day.

I’ve come to Israel to learn more about a drug rehab ministry that’s doing just that. It’s run by Pastor Dov Bikas, a humble Jewish man who came to Christ after immigrating to Israel in 1971 from Lithuania, a former republic of the Soviet Union. More than a million other Russian-speaking Jews also immigrated to Israel since that empire’s demise almost 30 years ago. Many of them tried, unsuccessfully, to start a new life in this nation free from their addictions; others became addicted when they discovered that the dream of Zionism didn’t take away the pain gnawing away at their souls. The result: many in Israel struggle with life-crushing addictions. 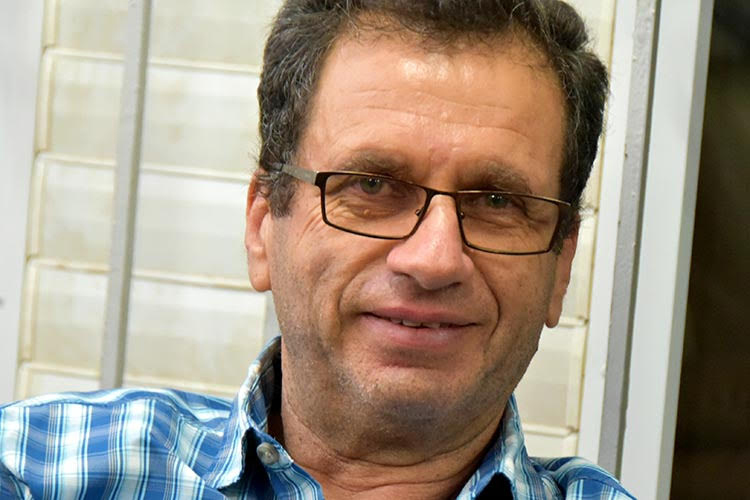 Dov oversees rehab facilities in the cities of Beersheba and Ashkelon, as well as a day center in Tel Aviv into which scores of poor homeless men and women wander, limp or stagger each day for a meal and a safe place for a nap. It’s messy ministry and fruit, when it comes, takes a long time to ripen in the lives of those they reach out to, but that doesn’t deter Dov. He knows it’s what Jesus would do, so he keeps at it.

After spending a few days with Dov, I’ve really come to see that he’s the “real deal,” and that his ministry among the “untouchables” of Israel is worthy of receiving support from the Prison & Rehab Ministry—financial, yes, but also prayer and encouragement, which are vital for those serving in this kind of ministry. I want to have a part in planting, watering and harvesting that fruit right alongside my new friend Pastor Dov, and I’m hoping many of you will want to as well.

In my next trip blog from Israel, I’ll introduce you to some of the fruit Dov is growing right now. 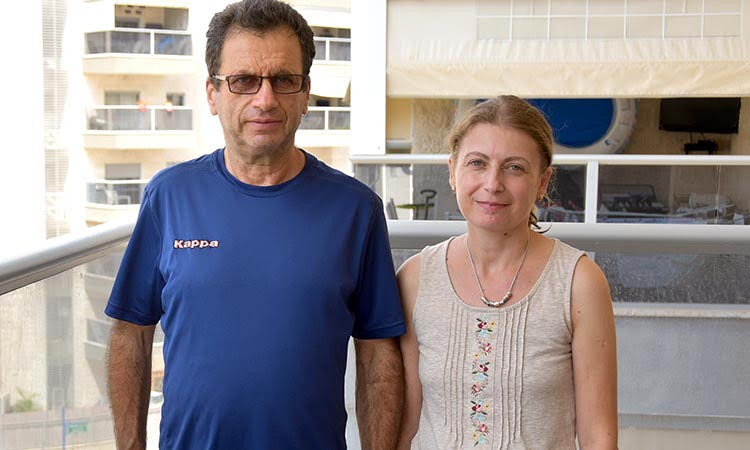 Dov and his wife, Olga, who suffers from a debilitating back condition that seriously limits her mobility…please pray for her healing

Despite the many children and families I saw in Jerusalem having a good time (like those at left and below) there was always the occasional reminder (at right) of the tensions that exist here (the vehicle, with Israeli license plates, is fitted with shields to prevent rock damage to windows and lights when it ventures into a Muslim-dominated neighborhood that is hostile)