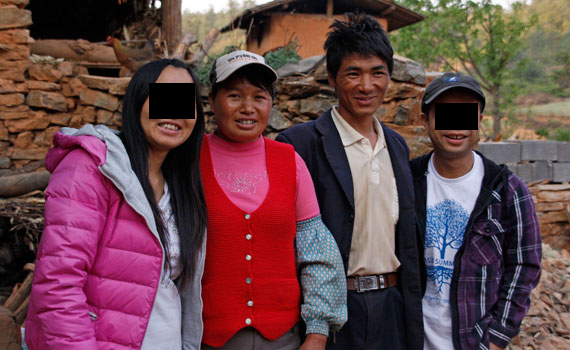 Esther Jing at left with an A-Che couple in the middle with whom Esther shared the gospel. Previously, they had never heard Jesus. Her husband Caleb is on the right.

How an unjust Chinese law may cost an expecting couple dearly

A $1,000 fine for having one baby too many. That’s the law in China, and one baby too many in that land means having a second child. Esther and her husband Caleb are scheduled to have an “illegal” baby next month, and they need your prayers.

I’ve worked with Esther Jing for 10 years, and I’ve been blessed to see her heart for the unreached and the poor. She has been willing to take risks to share the gospel in places where it was unknown. She routinely ministers to those who are sick among the homeless and victims of leprosy. Esther has become a great leader. She has led house church meetings and led many to Christ—many of whom heard the precious name of Jesus for the first time from Esther’s lips.

Esther is not the only mighty woman of God in China. About 75% of the leaders in the thriving Chinese house-church movement are women. That might have something to do with the fact that many courageous, self-sacrificing women came to China as missionaries decades ago to plant the seeds that are bearing fruit today.

The Unreached People Groups Fund is very active in reaching and equipping women leaders. Esther is the first woman from the A-Che tribe (that we know of) to come to know Jesus. From the time she first believed—through the outreach efforts of our team—she has been a committed follower of Jesus. Her faith has resulted in persecution from the government and pressure from friends and relatives. China’s booming economy presented her with many job opportunities, but they couldn’t lure her away from serving Jesus.

That’s why I am appealing to you on behalf of Esther. Overshadowing what would normally be a joyful pregnancy is the threat by government officials to fine her and Caleb for violating China’s one-child policy. Next month Esther will deliver her baby with the fear that she and Caleb will be penalized with a $1,000 fine.

Would you pray that Caleb and Esther are not fined? They already have to pay cash up front to the hospital to deliver the baby, which is also about $1,000. A fine on top of that will amount to 10 times their monthly income, crushing them financially. 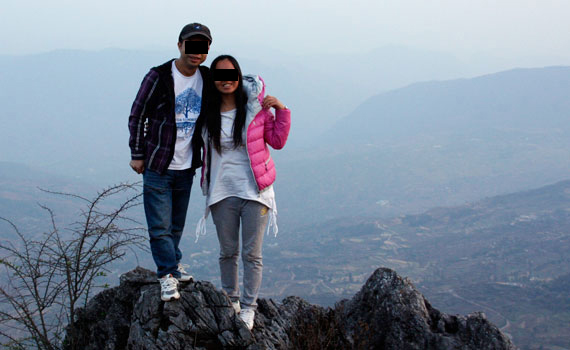 My wife Michelle and I will be traveling next month to be with them when the baby comes. Please pray for our trip as well.

If you would like to help pay their hospital bill for the cost of delivering their baby, please give below. I will keep you posted about the delivery and the fine…but I’m believing for your prayers to be answered!

History in the Making
Dong for the King