“Our Pimps Want to Kill Us!”

“Our Pimps Want to Kill Us!”

NOTE: This blog update is inappropriate to be read by children.

ALSO NOTE: This blog was originally restricted for security reasons, but that restriction has been lifted because the danger posed to those discussed in the text has been virtually eliminated. In addition, our partners in Mexico asked for this status change so that this important message can reach a wider audience. 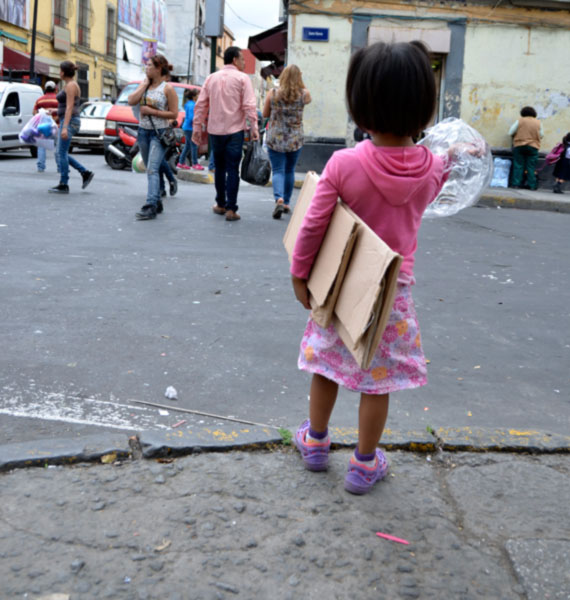 This little girl, neglected by her mother to wander the streets of Mexico City, is not only at risk from automobile traffic, but from sex traffickers

Little Girl for Sale. The message is never quite so blatantly stated, but it is a reality just the same. All around the world, but particularly in developing nations, little girls and boys are up for sale—or available to rent by the hour.

Last week I led a short-term team to Mexico City, where we visited missionaries Jason and Nicole (last name withheld for security purposes) whose multi-faceted ministry includes rescuing children from sex trafficking. Mexican children regularly disappear, never to be heard from again, and as I traveled with Jason and Nicole, it became apparent to me why Mexico City is a prime target for traffickers.

I observed the tiny girl in the photo above for some time as she played alone with a piece of cardboard and a plastic sheet near busy city streets. No one was watching her. Alarmed, I pointed her out to Nicole, who approached her to ask (in Spanish) where her mother was. She led Nicole across and down the street to her mother, who was working as a street vendor, and who was unconcerned that her little daughter had been out of sight.

As we walked away, I could not help but be concerned that her little daughter would end up being another statistic. Nicole told me that many poor and single Mexican mothers are so desperate to feed their children or a drug habit that they sometimes rent their own daughters (or sons) to pedophiles, or even sell them to pimps. I hoped that such was not the case concerning the negligent mother we had just left.

At times Nicole learns of girls in their teens or early 20s who have been forced into prostitution—some since early childhood—but who desperately want to escape. It happened again this week during our visit. Nicole received an urgent phone call. Two girls, one with a young child, had just fled from their pimps (who also had forced them to sell drugs). They were certain they’d be killed if they were caught by those who had enslaved them.

In a tense meeting in a parking lot, Nicole listened to their story and agreed to provide them with shelter at one of the ministry’s safe houses. She knows the road ahead will be difficult for both girls—their experience has taught them to trust no one—but there is hope that they will stay at the safe house, hear the gospel, and begin new lives. It is still too soon to tell how their story will end.

But there have already been some happy endings, and towards that goal Heaven’s Family is continually working with Jason and Nicole. Their government-sanctioned city safe house, which shelters rescued children, was opened last year in part because of gifts to our Human Trafficking/Slavery Fund. During our visit to that safe house, we found 18 children and staff living there. They receive daily school lessons and are learning all about Jesus.

At left, a safe-house English class is taught by guest teacher Sheree, one of our team members; at right, my wife Karin takes a photo of some of the children, who always rush, with giggles and happy screaming, to see themselves immediately afterwards on the camera’s LCD screen

Some children cannot stay at that safe house, however, due to concerns that its city location is less secure for those being pursued by traffickers or abusive parents. When that is the case, those children are relocated to a remote community of believers, far outside Mexico City and far away from their malefactors.

During our visit at that community, we met over 60 happy, playful children…many of whom were once trafficked or horribly abused by drug or alcohol addicted parents. In an upcoming Heaven’s Family magazine article, I’ll be sharing the story of two sisters who were once trafficked but who are now followers of Jesus, and growing up happy and healthy under the care of Jason and Nicole and their wonderful staff. 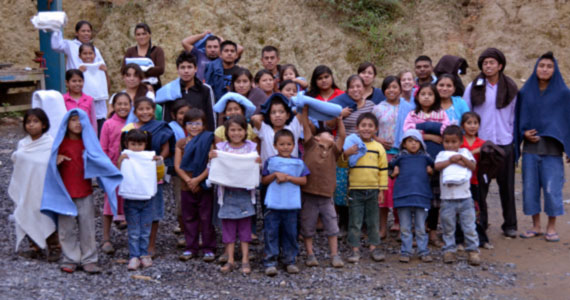 Those happy children, made even happier by the new bath towels, gifts made possible by a Colorado friend of Heaven’s Family

Your gifts to Heaven’s Family’s Human Trafficking/Slavery Fund put you in direct partnership with Jason and Nicole on the front lines of their life-saving ministry. Please keep them in your prayers. Their work is often dangerous, and they’ve received several death threats from those who prefer to exploit children rather than see them safely nurtured in Christ.