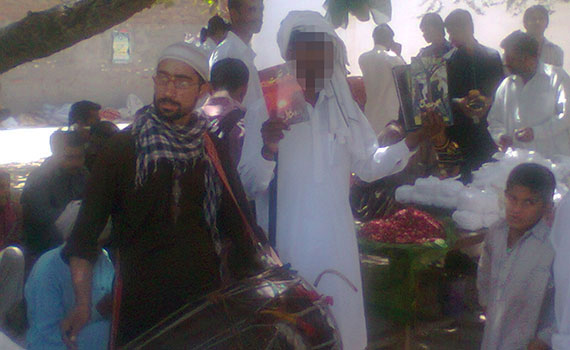 A man who trusted God in the den of his enemies—almost 700 of them!

As a follower of Christ converted from Islam, Nafees no longer was interested in celebrating the birthday of that religion’s founder, Muhammad, but accepted his friend’s invitation to the traditional event in hopes of one day reaching him for Christ. At the entrance to the meeting, security guards were checking everyone’s bags for explosives and other terroristic devices, but Nafees didn’t hide the fact that his backpack contained 25 Injil Sharifs (Muslim Outreach New Testaments). The guards apparently were only worried about keeping out extremist Muslims, and probably thought God had a purpose for the books he was carrying. About 600 to 700 conservative Muslims attended the birthday bash this year (although I don’t think there were any balloons, presents or cake!).

Before the program started, Nafees’ friend informed him that those in charge of the celebration wanted him to share a word. Knowing he was a Christian, the leaders wanted everyone else at the gathering to know that he was a Christian pastor who had come to celebrate the prophet’s birth. Nafees knew, however, that the Holy Spirit had provided this opportunity, so he agreed and was placed on the schedule.

The first six speakers were Islam faithfuls who related stories of Muhammad’s birth, life and miracles. The crowd responded by chanting slogans and clapping. Then came Nafees’ turn. He began by saying, “We have to reach the lost people. We have to bring the lost people home. There is no enemy. We are all humans. We have to embrace everyone. Long live Pakistan.” The crowd echoed, “Long live Pakistan” and clapped for Nafees. He felt encouraged, and continued.

Next he recited the “Love the Lord your God with all your heart and your neighbor as yourself” verses and told them how an “infidel” saved the life of a religious person (the Good Samaritan). The room grew quiet. He continued, “Isa (Jesus) explained to us that even infidels are our neighbors. If the infidels need our help, we need to help them.” Nafees added, “We need to help those of any religion, race or sect because we are all human beings.” The crowd once again erupted with slogans and applause.

After the program, Nafees handed out all 25 of his Muslim Outreach Bibles to attendees who were interested, including some teachers and Imams. He was thankful to the Lord for using him to speak to so many Muslims about Him, and for His protection while doing so.

“But I tell you: love your enemies and pray for those who persecute you …”

Thanks to our supporters who faithfully give to this Bible ministry! 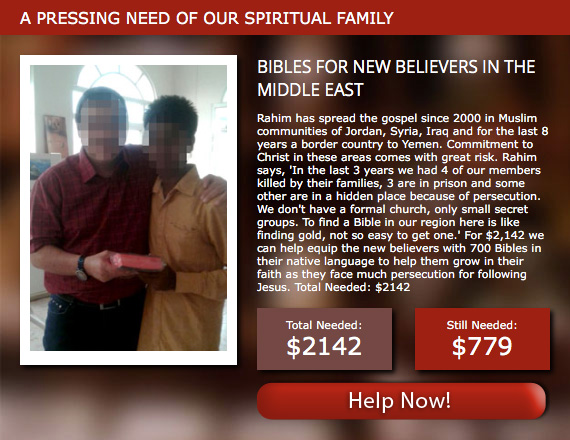 Marvelous Revelations
Words To Die For