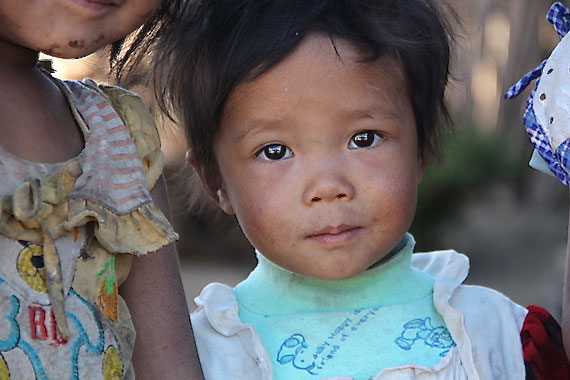 Last year’s arrival at Tluang Khua was unforgettable. As the first white-skinned person to visit this very remote village, I was greeted with the firing of a shotgun, a garland of flowers, a long reception line, and traditional Chin dancing. I also recall the village tradition of publicly broadcasting through loudspeakers a reading of the entire Bible during December nights, a devotion that allowed me little sleep at the chief’s house. This year, thankfully, they took one night off…at my request.

Growing cash crops is just about the only way for Chin State villagers to prosper, and most of our 16 borrowers in Tluang Khua have planted a few acres of peanuts, as that has proven to be profitable over the past few years. Below are some of their photos. When their loans are repaid, we’ll at least double the number of loans in Tluang Khua in order to help more trustworthy believers. Many are eagerly waiting for the opportunity. 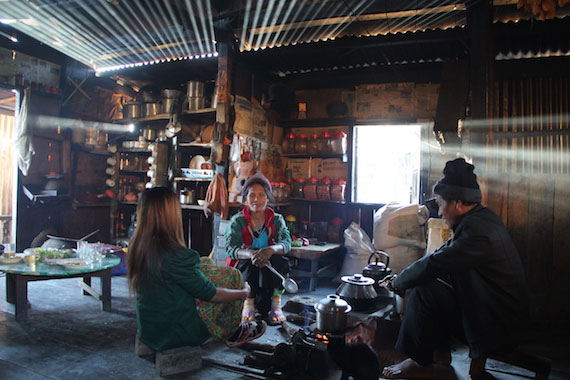 Every Chin home includes an open-fire stove which is also a gathering place to keep warm on cold mornings. Although there are simple chimneys in the roofs above those stoves, not all the smoke escapes, as illustrated in this photo of the living area of Tluang Khual’s chief’s house, when morning sunlight is streaming in under corrugated tin roof panels.

Part of the rural Chin diet consists of mice which young boys catch in traps set in fields. The mice are dried, smoked, and ready-to-eat at any time, like these ones being eyed by the boy who bagged them. 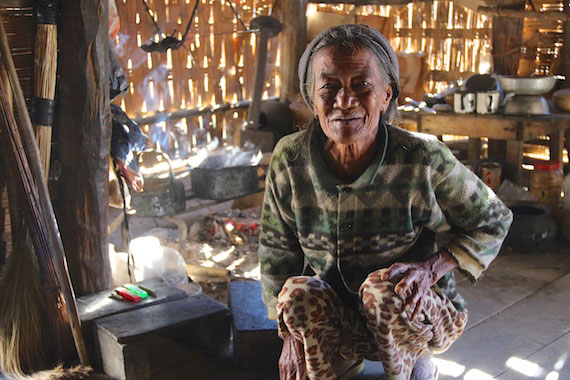 Heaven’s Family charges interest on all our Myanmar loans for a number of good reasons, one of which is the fact that we often sow the interest earned back into the community in order to help those who cannot provide for themselves, like this elderly widow. She is unable to stand due to a fall that broke her hip. She told me that she prays every day for the Lord to take her home.