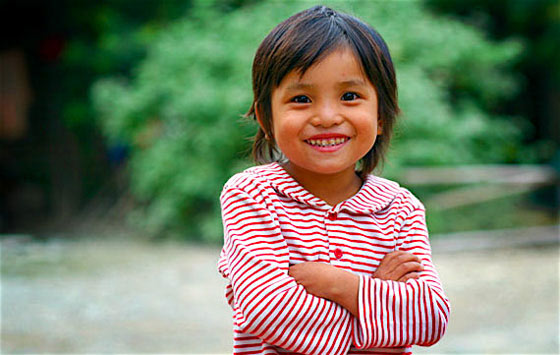 Hlawn Tha Cer, one of the newest Burmese orphans at Canaan Orphanage

I’m often amazed by the people who serve as the directors of the orphanages—in the face of persecution—assisted by Orphan’s Tear. They are some of the most self-sacrificing followers of Christ whom I’ve ever met. Because of their love for Jesus and their hearts for Burmese orphans, they face almost continual harassment and persecution in Burma from anti-Christian authorities.

During the past two years that we’ve visited Burma, we’ve not been able to visit some of the Burmese orphans and one particular orphanage—Rhema Orphanage in the city of Yangon. If foreigners visit, the director, named That Ci, is reported by the neighborhood watchdog, and he faces stiff fines, harassment, and persecution.

Persecution in Burma in its Many Forms

Last week I was reading about human rights violations in Burma in the 2004 edition of the International Religious Freedom Report, which is an annual publication of the U.S. State Department. And there was That Ci’s name! He and his son-in-law (who oversees Love and Mercy Shelter, also assisted by Orphan’s Tear) had been imprisoned for having guests in their home—just another example of the many forms of persecution in Burma.

The authorities reportedly subjected Christian sermons to censorship and repeatedly prohibited Christian clergy from proselytizing. In April 2002, two Chin pastors–Reverend That Ci and his son-in-law Reverend Lian Za Da–and their families reportedly were arrested in a suburb of Rangoon for having unregistered overnight guests in their home. However, Reverend That Ci had filed the necessary paperwork and had not received a reply. The arrests reportedly were an effort to force them to stop proselytizing so openly in the Dagon North area. When they refused, they were sent from Dagon North police station to Insein prison. The pastors and their families reportedly have been released from prison.

That Ci has never told me about that incident. And his evangelistic zeal has not diminished since 2002 regardless of the persecution in Burma. This year he showed me photos of a recent mission trip he took to a very remote tribe to proclaim the gospel where it had never been heard.

Last month I visited his orphanage by myself—secretly—and took some video that I hope to use to raise funds for land and a new building for Rhema Orphanage. The orphanage currently consists of four small houses, two of which were purchased with funds from Orphan’s Tear—all indescribable by Western standards and where 67 Burmese orphans call “home.” That Ci also runs a church at the same location and a Bible School. 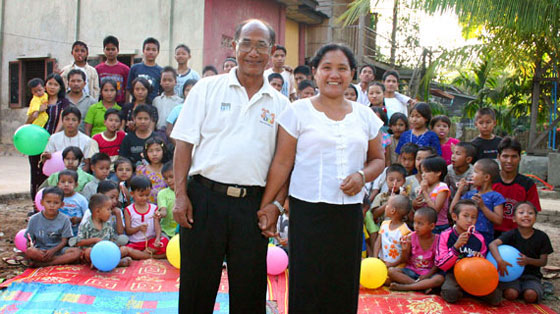 That Ci and his wife, in 2006, with some of the Burmese orphans

Another Living Saint Undeterred by Persecution

Another orphanage director whom I admire very much and is not deterred by the persecution in Burma is Mrs. Nguntlem of New Eden Orphanage in the town of Kalaymyo. This year we visited her and her 27 children at their brand new building, built last year with funds provided by Orphan’s Tear.

She told me that she and her husband had been quite successful in business during their many years of marriage. Their children had grown, and they felt God’s call to care for Burmese orphans as they entered into “retirement.” Orphans and unwanted children weren’t hard to find, and Mrs. Nguntlem and her husband soon had a houseful, whom they were raising to serve the Lord.

They felt that their new children would receive a better education in the capital city, Yangon, and so they sold the two houses that they owned and started moving everyone south. But along the way they were stopped by authorities who accused them of trafficking children to Thailand.

They were arrested for a month and faced life sentences. They were offered freedom only if they would pay a fine that was the equivalent of thousands of dollars. There is little justice for minority people in Burma, and Mrs. Nguntlem and her husband are from the Chin minority. They had no choice but to pay the exorbitant fine. After they did, they moved north to Kalaymyo and rented a house that served as their orphanage. It was just about that time that I first met them.

It was such a joy to visit their beautiful new orphanage building last month in Kalaymyo…a happy ending to a perilous journey in the face of much persecution in Burma. Thanks for helping to make it possible! 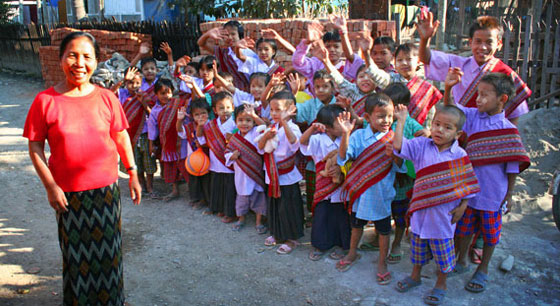 Mrs. Nguntlem and the smiling Burmese orphans send their love

If you Google “Christian Orphan Sponsorship,” the Orphan’s Tear website comes up second out of a list of over 20,000 other hits! That is the result of some web optimization done by CJ McDaniel, our resident webmaster genius. And it’s a good thing, because we came back from Burma with hundreds of new children to add to the Orphan’s Tear website. We need to find more sponsors! Also check out CJ’s new home page design at OrphansTear.org.

I want to praise God for every faithful sponsor who helped us care for Christian orphans in six nations in 2007. Currently, 783 children are sponsored!

In December, amazingly, and to God’s glory, we were able to send $23,000 to five of the many orphanages for which we are currently funding new dormitory construction. Gifts to the Heaven’s Family Mutual Fund are part of that blessing, as are gifts to the Dorms for Orphanages Fund. Four of the five orphanages that received help in December are in Burma and one in Tanzania. You can watch a video about the Tanzanian orphanage, Mission to Homeless Children. Also If you haven’t yet viewed the new “Dorms for Orphanages” video that my son, Stephen, filmed in Burma last month, then you need to check it out. 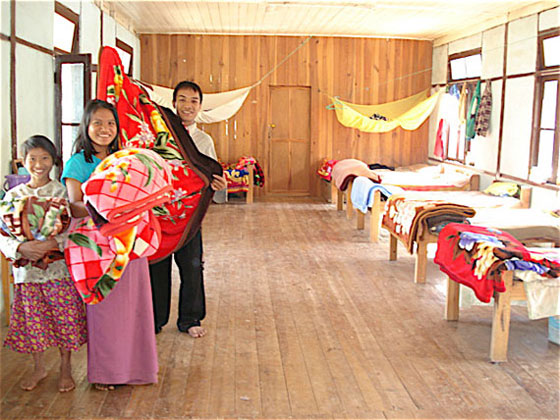 Do you remember “The Blankets of NoMang” report in our October update? Above is a photo of a few of the 66 new blankets we were able to purchase for those children because of your response. At the same time, we were able to provide 30 new beds. Thanks so much!